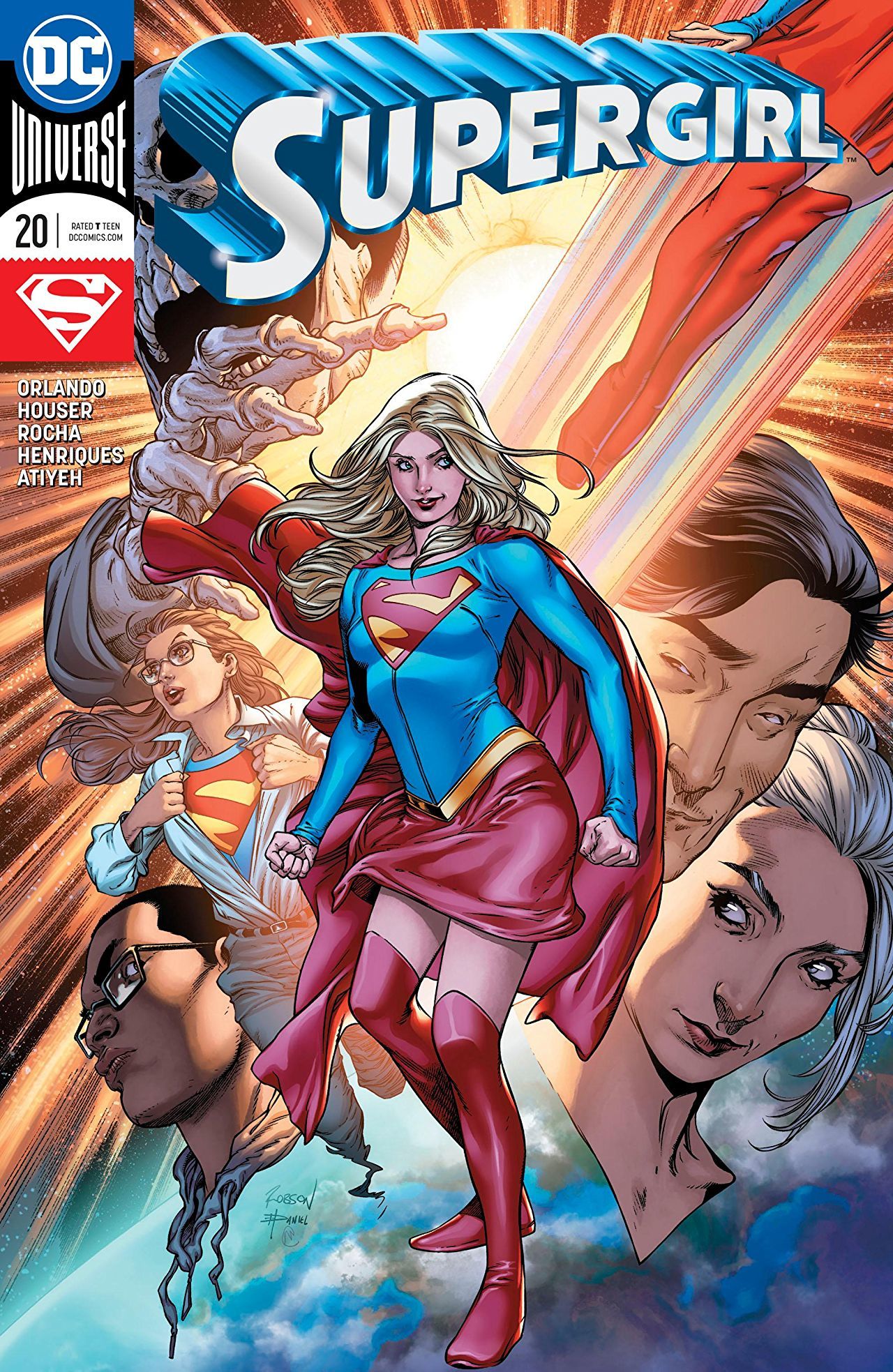 Supergirl ends in what seems like was meant to be a bang, but is mostly just chaos. As the series converges many of its meandering plots, it chooses to add a few extra as well, complete with new cameos and heavy action that falls flat. The largest disappointment is the long awaited confrontation between Bones and Supergirl. This face off undoes any of the drama that was built toward their conflict in exchange for a fast and cheap punchline. This issue unfortunately represents the worst attributes of this Supergirl run: convoluted, unfocused, and anti-climactic. 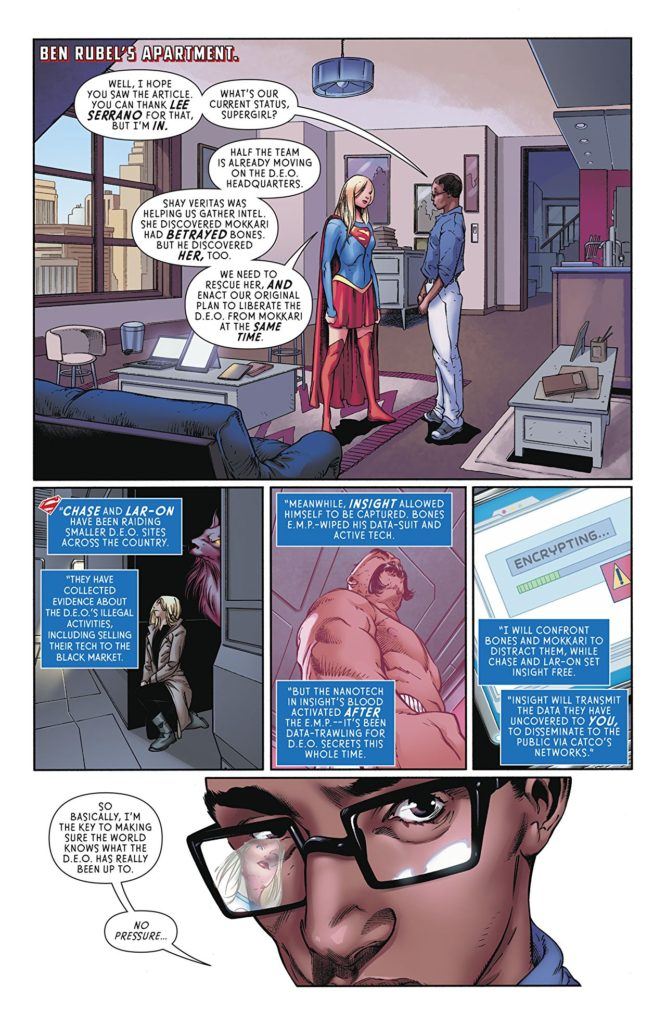 Unexpectedly, the artwork of this issue suffers as well with poor pacing that is hard to follow, and Supergirl is shown in multiple angles that look so different in some instances that they appear to be different faces altogether. Where some panels were stunning action shots — mostly with Agent Chase, who maintains her lead in the count of badass panels overall — others are chaotic and overwritten. Supergirl, Turid Goldenaxe, Chase, and Lar-On all look badass individually, yet together their action makes for a mess of talent that doesn’t blend like the 2012-2013 Lakers.

Overall, it’s hard to accept this is the end of this series. This run has done better, and deserves better than to end where it has: Supergirl could have been a lot better with more cohesion, a less episodic structure, fewer cameos, and a clearer goal. The ride is over though, so we’ll remember the best parts from the Girl of Steel that we’ve enjoyed from the past twenty issues. Only few of those memories will come from this finale.