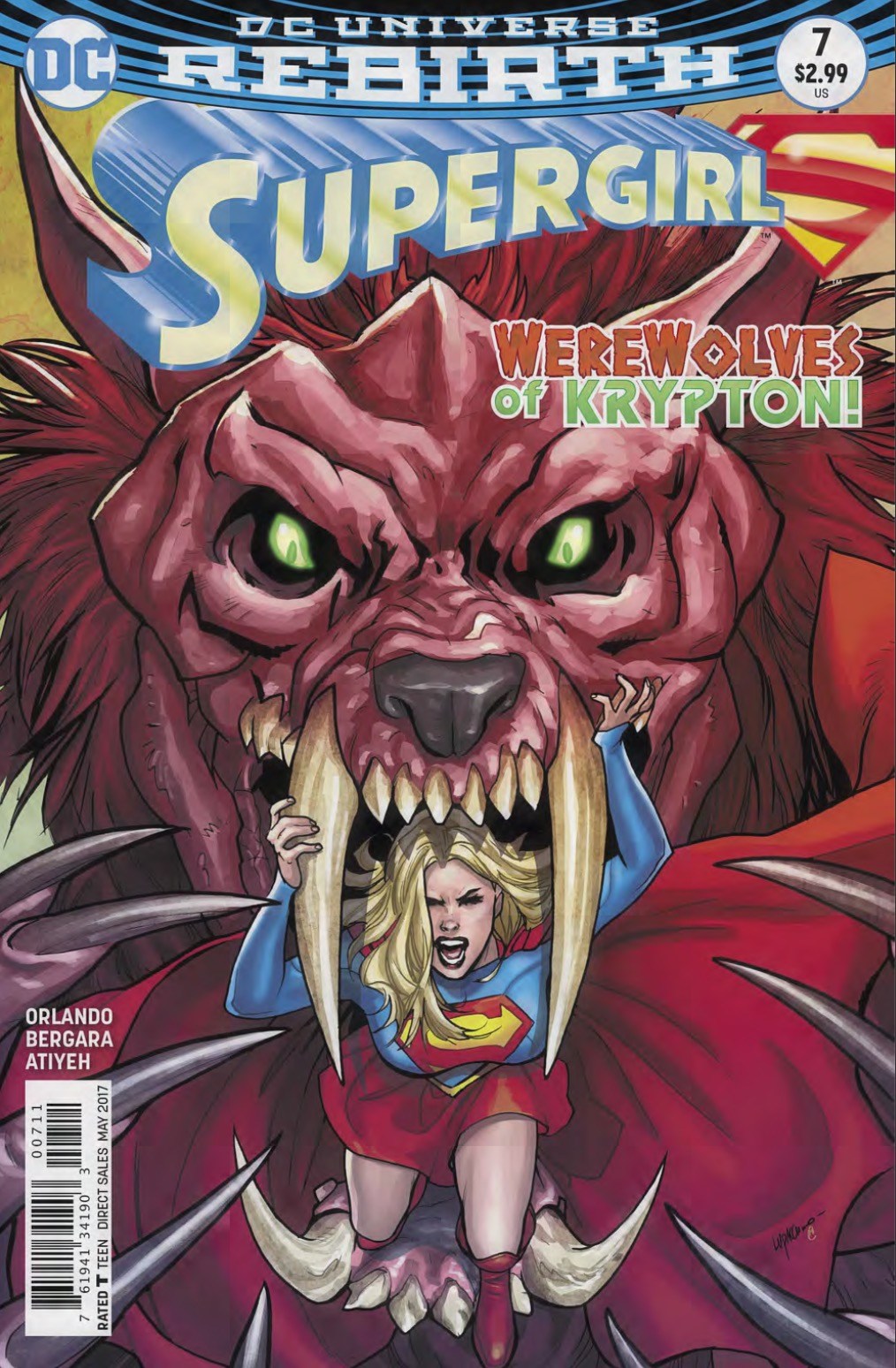 Coming off the heels of Cyborg Superman’s attack on National City, Supergirl #7 catapults us into what feels like another book altogether, deriving its storyline from Supergirl Rebirth #1 which, by now, feels inconsequential if not forgotten. The cheesiness and clichés of the “Reign of the Cyborg Supermen” arc were entertaining for what they were in a series that embraces such a tone, yet here we take a turn into territory best described as uninspired, a dialogue-heavy re-visitation of a Rebirth that didn’t need revisiting, and still an awkward transition from what we’ve read up to this point.

The issue is spent with Kara in Lar-On’s mind – you may remember his as the werewolf from Supergirl Rebirth #1 – to discover what causes him to turn into a werewolf. The moon itself was discovered to have no scientific cause to the change, so the cause it thought to be psychological, setting up Kara to enter his mind and discover his demons. Little was done to make readers care about Lar-On before any of this, so a reader’s empathy is replaced with annoyance from action-less pages of heavy dialogue before the conflict even begins.

Overall, the start of this story reads as underdeveloped, a sudden redirection that takes for granted that we remember Lar-On, let alone care about him. The plot wasn’t there, and with little action to show this issue was below standard for Supergirl, who can typically be relied on for drama that has heart, even if cliché. The artistic transition from Brian Ching to Matias Bergara is slight enough not to be jarring, which might be a silver lining for those searching. Here’s hoping this arc finds better footing in Supergirl #8.