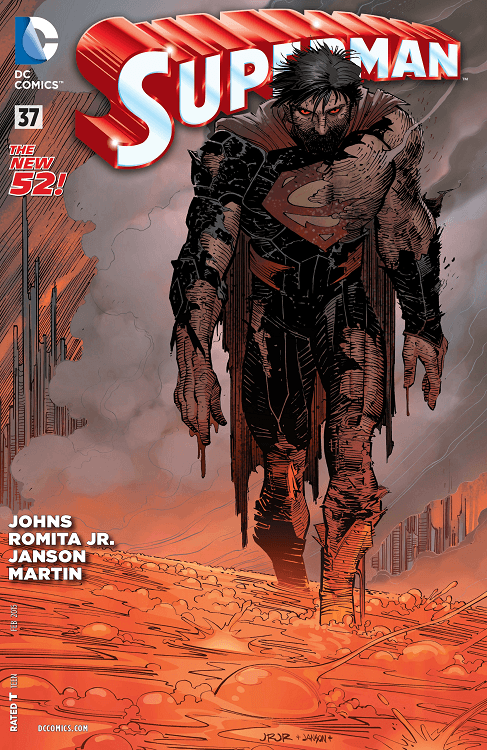 Remember the Great World that Ulysses was talking about? Turns out its less than great. I mean, in all manner of science fiction and fantasy, I don’t think we’ve found a construct that needs to be fueled by human essence “great.” The issue begins with Superman imprisoned and realizing that Ulysses isn’t quite the great hero from another world we were made to believe and that everything about his arrival is a fraud. Turns out, he’s not close to being as high on the food chain as say, Superman is on Earth and that leads to some bad premonitions for the 6 million people that have been transported from Earth.

I still enjoy this arc and I’m still in for the final act of this story, but it did seem a little flawed that Ulysses has this much conviction in the purpose of maintaining the great world with millions and millions of innocent people, but when his parents enter the equation, he abandons it pretty quickly. Obviously it makes sense that a personal connection would be a game changer of sorts, but as virtuous a character a character as he is being portrayed as might see the value in six million people without said connection.

Outside of a slightly flawed plot movement, the desperation drives this issue, especially once Superman learns what the actual motivation for welcoming the people from Earth to the Great World. Good art, and a big development in the end drive this Johns first arc of this iteration of Superman towards a conclusion.