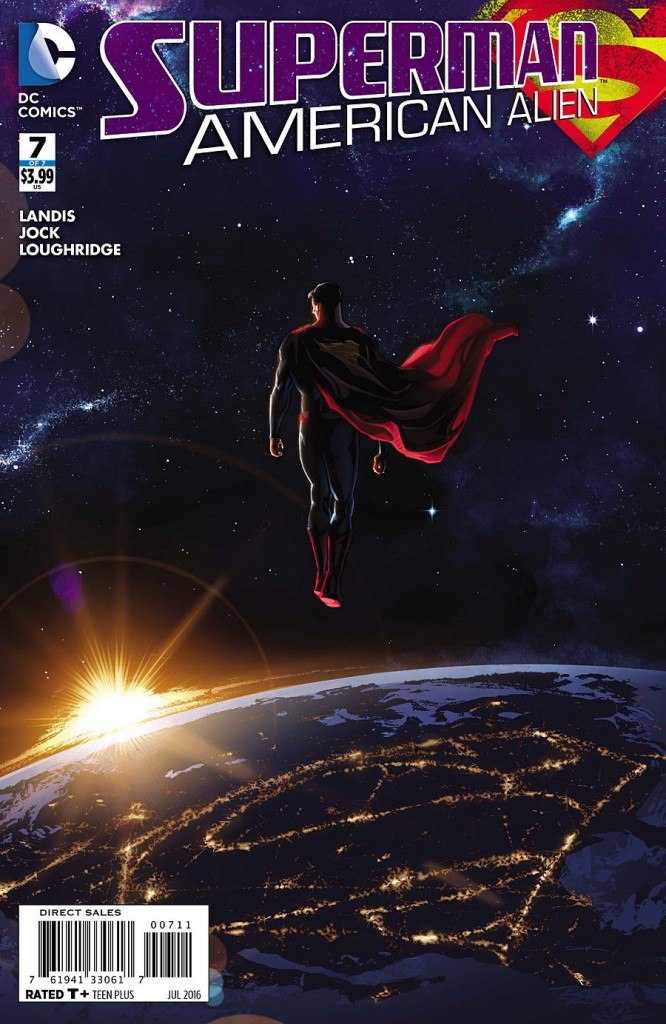 Okay, for the most part or at least the first half of the duration, I have not been kind to Superman: American Alien. As a matter of fact, I had nothing but shade for the first few issues which read a lot like the Smallville fan fiction Max Landis never got to write. Now, while I hold firm to the idea that deserving said shade had something to do with it, I also believe in a critic’s capacity to be convinced later on. With that said, the past few issues of this series have read like a completely different book than what we started with.

The series finale starts off with Clark complaining about his relationship problems when he’s suddenly called away to a disturbance. The city is in the process of being leveled by none other than the Main Man himself, Lobo. This is an interesting choice of villain because in addition to being Clark’s first alien threat, Lobo is also the last of his kind. Watching the dichotomy of two characters of similar circumstances is always interesting because it’s one of the basic tenets of superhero mythology: Heroes and villains are commonly two characters exposed to similar hardships that respond to the world differently.

Also, I appreciate Landis going with the “Dog the Bounty Hunter in Space” version of Lobo I am most familiar with and not that New 52 “Chris Cornell Digivolved into Lobo” version that was being forced on us for a while there. I will say that Landis promised us one of the most brutal Superman fights we’ve ever seen and he gave us a brawl that I would definitely put in the top 5. And Jock was certainly a unique choice for the visuals. His gritty tone takes the epic scale down a notch or two and gives this battle a sort of claustrophobic feel that puts the reader in a court side seat for the action.

Another thing to note is the epilogue of the issue where we see the effect Superman’s actions have on his Clark Kent persona. As is the case in Issue #6, it’s here in the quiet, intimate moments where we realize that Max Landis really does “get” what makes Superman work, but not with such a hardline stance that he’s afraid to interpret it in innovative ways. 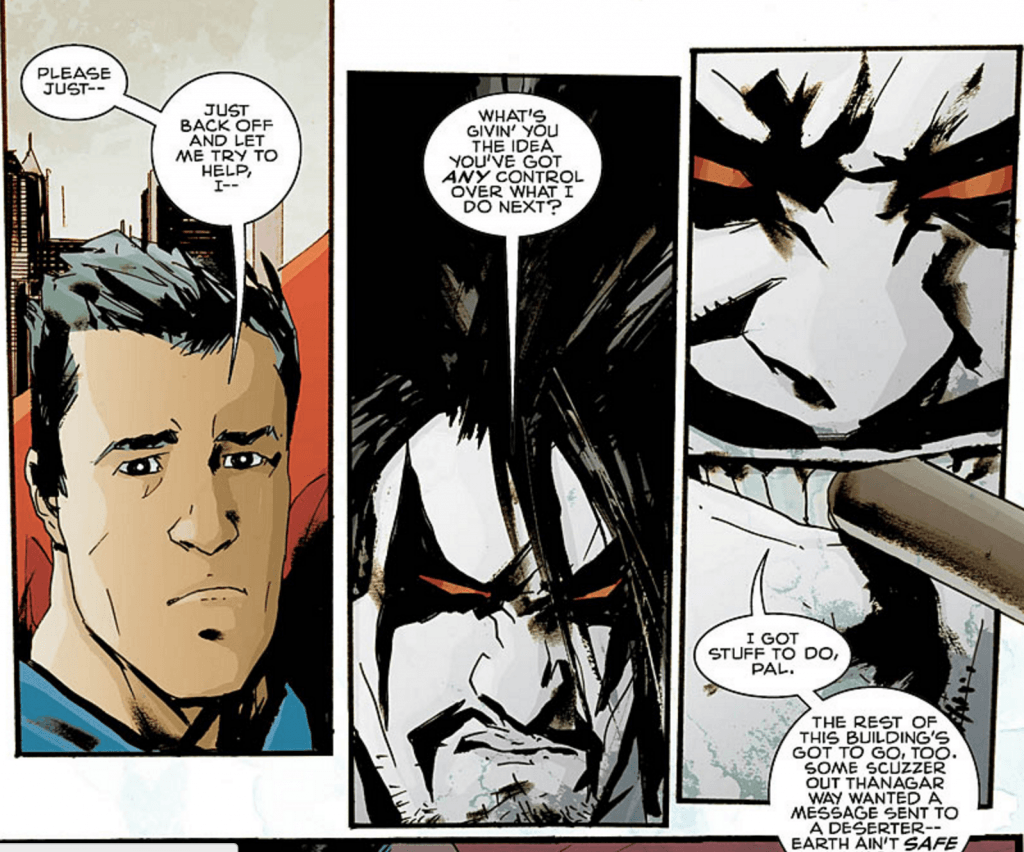 Bottom Line: It’s weird that it was so late coming, but as it turns out, Max Landis ended up putting together a pretty decent lineup of unrelated, yet totally related, pieces of Superman lore with just about the best lineup of artists a writer could ask for. This final issue prevailed as quality Superman and is going to end up being the punctuation in Landis’ take on the hero.

9 Alien Bikers In KISS Makeup out of 10