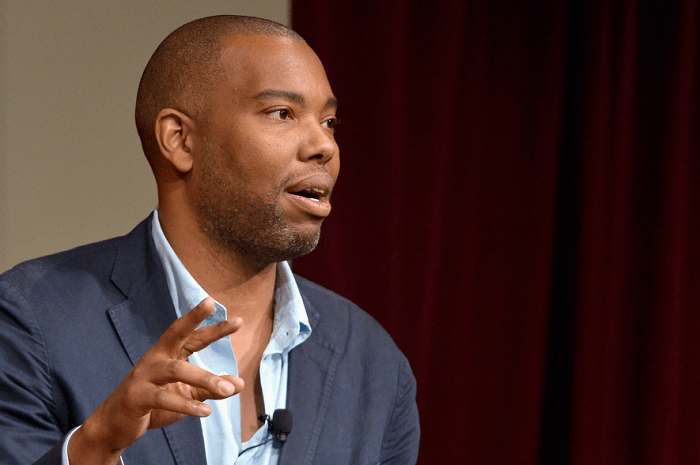 If you are Black, a nerd, and especially a Marvel comic book fan, you have unquestionably stated at one time or another that you were from Wakanda. Whether by way of Philadelphia or Paris, at some point you’ve probably claimed Wakanda, the fictional City on the Hill and home nation of Black Panther, in your origin story. And why wouldn’t you? Since, the introduction of Black Panther and Wakanda almost 50 years ago, the fabled city has always been regarded as the most advanced nation in Marvel’s lore, one that just happened to be an African country. When I ask Ta-Nehisi Coates, the writer for the Black Panther series about the treatment of Wakanda as a character in the book, he’s very much aware of the importance of its portrayal to comic book fans. “You have to feel like you want to live there. It has to function like a country you can be proud of.”

By the time I’m speaking with Coates, the book has only been out for a couple of days, but anyone who reads comics seems to have read it already. Before the first release week has finished, Black Panther #1 has already gone into a reprint while Coates teases images from issue #2 on Twitter. If you call yourself a Wakandan, what a time to be alive.

You might figure that a new #1 of the most recognized Black superhero comic book character, who is also a major part of the next Marvel movie and has his own solo movie on the way, had to go through a lot of intricate steps before being placed in the hands of a renowned writer, but one with no comic book writing experience. According to Coates, that couldn’t be any further from the truth. As he laughs at my assumption, Coates reflects, “They were just like, ‘We want someone to write Black Panther,’ man. It was shocking how simple it was. They didn’t say, ‘Hey come take this comic book writing boot camp,’ it was, ‘Are you interested in writing Black Panther?’ They wanted some idea where the story might go, maybe some sample scripts, but it was shockingly organic in how it came together.”

Marvel knew exactly what they were doing when they approached Coates, however. The popular journalist brings a name and profile to Black Panther instantly that allowed the hype to build in anticipation of the new series. Coates himself was good for the hype with his interactions on social media. “Twitter does most of that work,” is his reply to the crossover he’s experienced between his journalist and comic book fans. “The reception has been positive before and after the book and people were generally excited no matter where they knew me from.”

The adjustment, thus far, has not been much of a struggle for Coates either. He knew the approach would be different than writing an essay, but the comic book medium still feels natural to him.

“It’s different, you know? Before I was a professional journalist and few people actually know this, I was a poet for years. So the idea of communicating as much information as you possibly can in small doses goes back a ways for me. It was an opportunity to express some things that I can’t in a standard essay, so that was very exciting.” 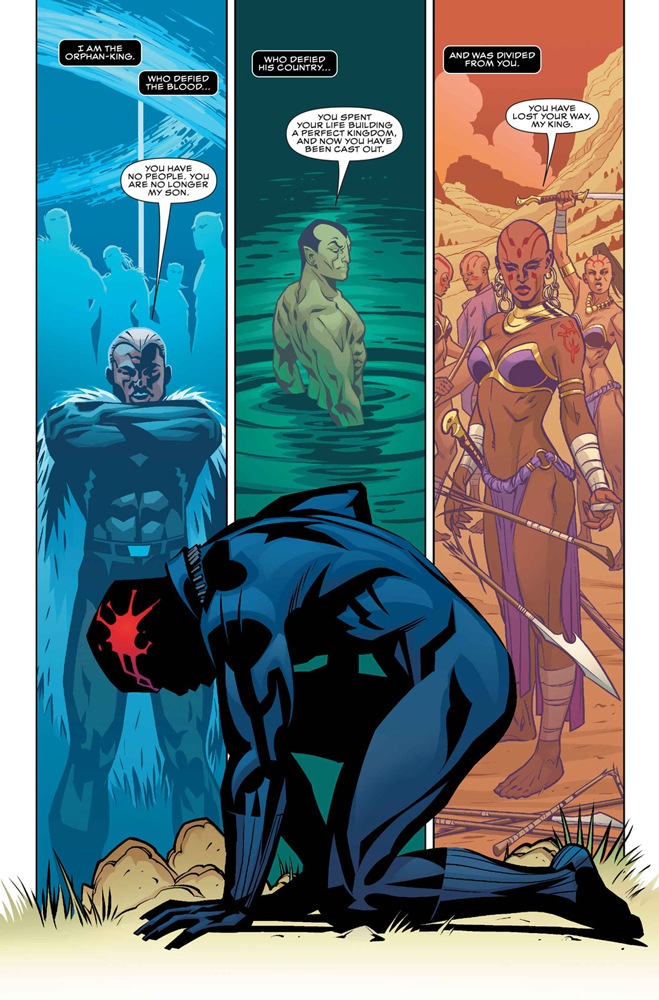 Even as all this seems to have come together like a dream, it certainly doesn’t mean there wasn’t a challenge in getting to the first issue. Because of Coates’ profile and talent, the expectations have been extremely high. And while it may not matter for new comic book fans that followed Coates from Between the World and Me into Black Panther #1, for long-time comic book fans there is the added pressure of previous iterations of T’Challa and the Black Panther lore. Jonathan Hickman, who wrote Black Panther into his Fantastic Four run and made him a focal point of his New Avengers and Secret Wars books, cared a great deal for how he handled the King of Wakanda. Coates is acutely aware of the story he is continuing.

“I’m a fan of continuity, so it was important to me to have the most immediate history. Hickman in his run actually asks a very interesting question, which is, does T’Challa actually enjoy being King? And what does he actually want to do as King as opposed to what he needs to do for Wakanda. As we move through the next few issues, I think you’ll see that developed.”

Something I selfishly inquire about is his plan for Shuri, the sister of T’Challa who met her fate in the Time Runs Out storyline leading into Secret Wars. Personally, I have been obsessing about her existence in the All-New, All Different Marvel, but that answer is loud and clear on the last page of Black Panther #1. Coates unfortunately could not aid my psyche any further, “I don’t think I can say anything,” he laughs. “I wish I could, but I can’t say anything. You know, I think a lot of people are confused about what actually is happening with Shuri, but I’ve been telling them, go back and look at the back issues, and you’ll understand. There’s still some surprises coming.”

Moving through issue #1, there were plenty of things to hold on to, but the one that got the attention of most readers was the storyline of the Dora Milaje. Coates saw the opportunity to make them more of a character than in previous interpretations. “I just wanted to give them their own voice in the story. That was the bottom line. You don’t want them to be ornaments to T’Challa. Previously, they could only talk to the Panther, could only refer to him as Beloved. It was really essential to see that they had their own space.” 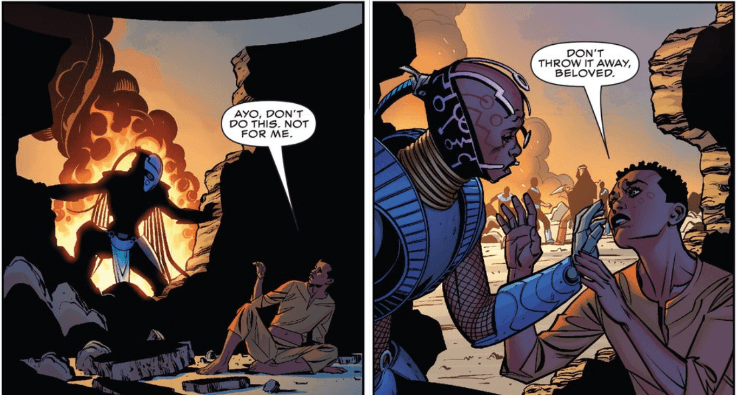 Another aspect of issue #1 that stands out is the brilliance of Brian Stelfreeze’s art. The word choice is deliberate. “He saw the pitch, he read the beats and then he just interpreted it into what you see. I just got lucky, man. I mean, Brian is brilliant. I couldn’t ask for this book to look better.”

It’s no question that with Black Superheroes currently, something is happening. Netflix and Marvel are touting that Luke Cage is going to be their The Wire. Possibly one of the best actors living in Chadwick Boseman, and one of the best directors in Ryan Coogler, are making the Black Panther movie together. I ask Coates about how he feels being part of this rising tide, and while he’s a fan, he stays on target.

“I got to do what I’m doing right. I love the movies and I’ll watch them, but I got to produce a great run of Black Panther and focus on my job in all of this.”

Coates is a huge fan of the movies (he liked both Captain America films and Avengers, liked the first Thor more than the second), but couldn’t swear his allegiance to either side in the coming Civil War film, even with T’Challa’s involvement.

“Man, I don’t know. One of the things about being a writer is that it makes it harder to pick. You’ve seen behind the curtain, you know where things might head. You just know too much about these characters now. I’m just hoping for a good film.”