“It seems like blessings keep falling in my lap.”

We all heard the chat and keyboard clatter from around the globe when Beyoncé dropped that Lemonade joint in our laps last month. Hell, it had folks poppin’ off #Lemonade inspired fan fic and errythang! I’m not here to talk about Auntie Yoncé today though. I’m talking about the nerd blessings that we all just received. I’m talking about a nerd and his mixtape. I’m talking about the Blerd that lived, and his name is Chance the Rapper.

I became acquainted with his work in December when Chance lit the stage on SNL with Sunday Candy. You can now just call me a full-fledged fan up in this piece. I know I’m not from the south side of Chicago and all but I feel like I can refer to him as my cousin from now on. Yep, that’s what I’m going to do until he tells me otherwise. So, my cousin Chance dropped that Coloring Book mixtape on May 12, 2016 and it’s streaming for two weeks on Apple Music. I’ve been stuck in the “end of the school year grading and paperwork” frenzy, so the other day I figured I’d go ahead and spin it once while sitting in front of a computer screen… LET ME TELL YOU THAT WAS THE MOST UNPRODUCTIVE DAY OF MY LIFE. I couldn’t get any work done because I was busy rewinding (yes, I said rewinding… I’m an 80’s baby) tracks making sure my ears weren’t deceiving me. Why had I been sleeping on this dude? Cat is a nerd. Like, a forreal forreal gospel-playing, bars-dropping, Black nerd! YO! I was like… “did dude just drop Potter references in this piece?” Yes! Why, yes he did.

So, basically… I’m taking a time out from grading papers in the middle of the night and I’m hitting y’all with my favorite nerd quotes from Coloring Book. Get ready… 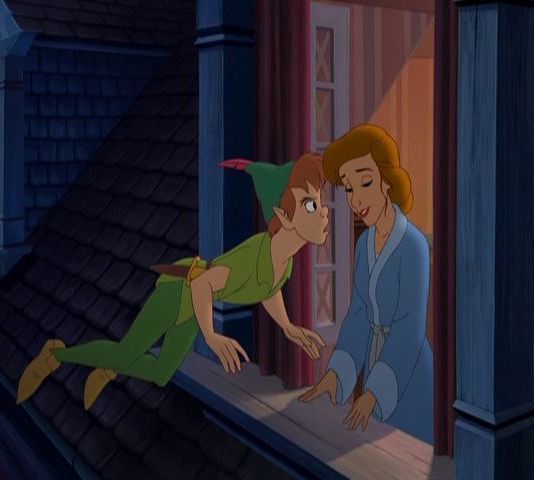 AHHHHHHHHH! If I wore a wig, I would have Petey Pablo’d that shit so fast, man…

LISTEN! You droppin’ Potter bars? Okay, let me calm all the way down. So, y’all remember when Hedwig died in Harry Potter and the Deathly Hallows trying to protect Harry and Hagrid when they were fighting the Death Eaters? The Death Eaters had figured out who was the real Harry, because this was when everyone was on that polyjuice in the Battle of the Seven Potters. Snape hit Hedwig with the avada kedavra which literally petrified and killed the beloved snowy owl. So Chance is on some real I will eff-the-devil-up-right-here and then he throws in the rat of all RATS, Peter Pettigrew?

Yo! Dude was a poser, man. Truly. See… Peter was supposed to be a very, VERY good friend of James and Lily Potter (Harry’s parents), but in his true animagus form (RAT) he led Voldemort to them and they were killed. Then dude set up Sirius Black (Harry’s godfather) and got dude thrown into Azkaban for years while he posed as the Weasley’s family pet rat, Scabbers. Peter got his in the end when he owed Harry his life, but listen… I’m with my cousin Chance on this one. You try to stick around just to suck the life out of me and mine for your benefit? Be gone.

Oh… then later in the track Jay Electronica comes with the Lion King heat!

“I was lost in the jungle like Simba after the death of Mufasa
No hog, no meerkat, hakuna matata by day
But I spent my night time fighting tears back…”

Even Chance’s peeps are dropping nerd knowledge and making us re-evaluate how we got through the hard times, how we smile through the pain by day (no worries), and wrestled with our problems at night. Shiiiiiiiiiit. Come on, y’all. Whoever said cartoons can’t teach us nothing is a damn lie. You already know how rumors start and how 10 years later they never end. Yeah, well so does Chance and he makes a nod to the Odyssey and the 10 years Odysseus spent sailing around just trying to get back home only to find out that folks were trying to get Penelope to leave him. Chance made a music video with Kehlani and folks just knew they were together. There’s no telling what people were saying to his girlfriend. Well, in the end Penelope was only about Odysseus and it seems that Chance’s queen is all about him.

“You must’ve missed the come up,
I must be all I can be
Call me Mister Mufasa, I had to master stampedes”

Again with the Lion King, but now from Chance himself. We all know that in Pride Rock, Mufasa was (and still is) the King of All Kings. I think we all remember our reaction the first time we watched that fatal stampede scene in The Lion King only to realize that Mufasa had given up his own life trying to save his son… Mufasa died for Simba y’all (I’m just going to let that sit there) and I cried like I lost my own daddy. No joke. For Chance to throw this in there… in this particular song, geeesh. I’m done.

I still can’t stop listening to this mixtape, y’all. Coloring Book is on heavy rotation in my heart, let alone my house and my car. Chance the Rapper continues to win me over. Knowing he’s a Blerd just like me (us) is like coming home to find that sweet 64 pack of Crayolas with the sharpener in the back… Love.