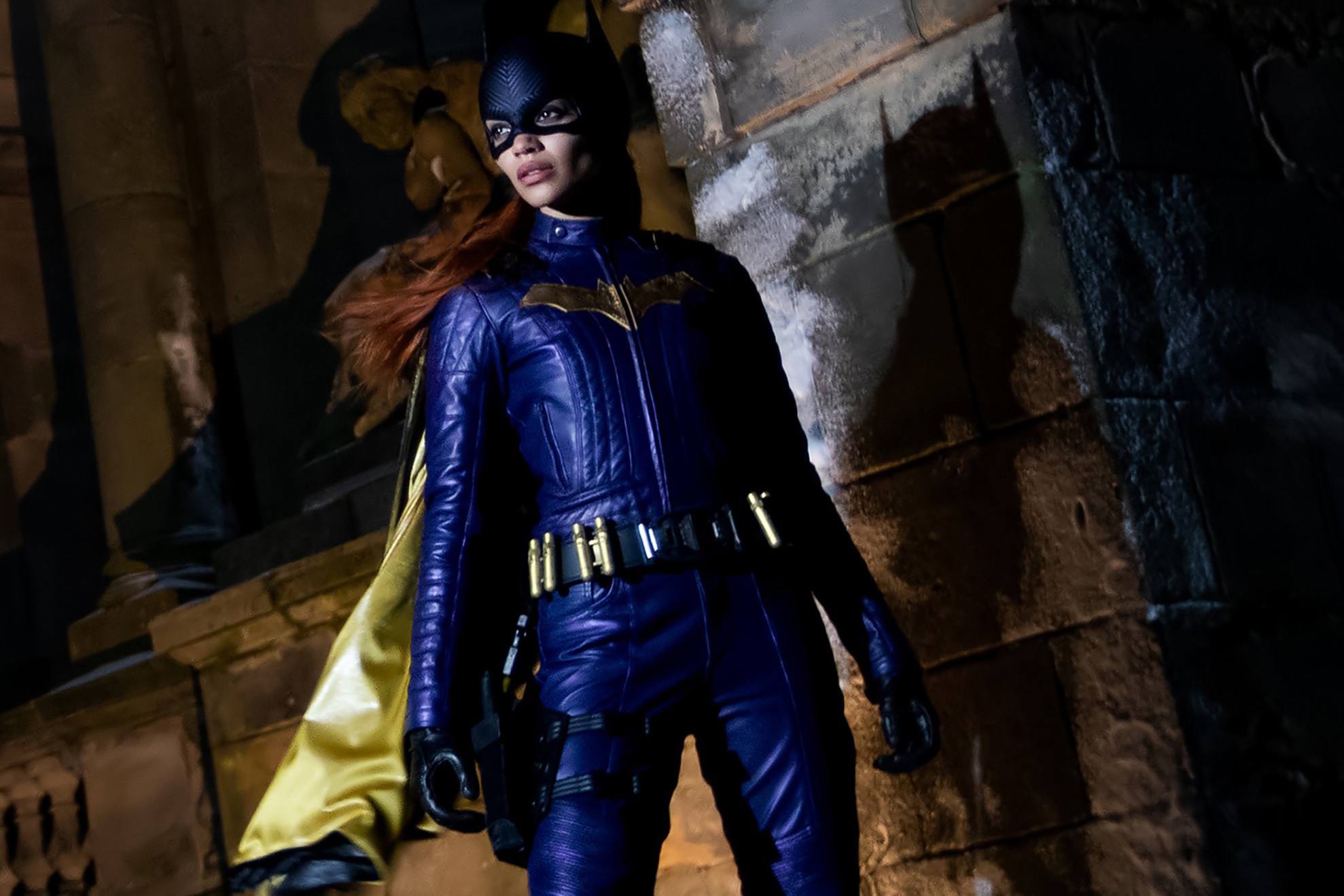 We’ll all remember where we were on August 2nd, 2022 at around 2 PM. I was laying in bed staring at a wall, you know, as you do, when I get a notification on my phone from my group chat. “Streets is saying the Batgirl movie is canceled.” I clutched my pearls like Martha Wayne. No, this couldn’t be. Then I went to Twitter, where the timeline was ablaze like the entirety of Arkham Asylum had just escaped. It was true, and I couldn’t believe it. The number one trending topic was Batgirl, and when I clicked on it, my eyes widened. ‘“Batgirl’ and ‘Scoob!: Holiday Haunt’ Scrapped at Warner Bros. Amid Cost-Savings Push.”

Is it silly that this is such a big deal to a lot of people? Maybe. At the end of the day, it’s a movie, and sure, there are more important things in the world. But there are a bunch of reasons why it’s something that people will be scratching their heads over for the foreseeable future.

So let’s go over the how’s and the why’s and air out our frustration.

Listen, my aversion to Bat-centric anything is well documented. I have stated on many occasions that Batman and Gotham, or anything adjacent to that, is being milked for all that it’s worth. And I still mean that, but I’d have been lying to you if Batgirl didn’t seem like a fresh new direction while still having that ever-recognizable symbol light the path.

The movie, at least aesthetically, seemed to be taking inspiration from Batgirl’s time in Burnside, a neighborhood of Gotham from the famous 2014 run that redesigned and revitalized the character. She was donning that dope purple leather suit, and a cowl that personally is one of the best bat-cowls we’ve seen in live action.

When they first announced this movie, especially on the heels of the success of the Harley Quinn movie, I was pretty excited. Warner Bros. handling of their DC Cinematic Universe has been rocky to say the least with big and bombastic blockbusters that are all flash and little substance. Within the past few years, they seemed to be righting the ship a bit.

When Batgirl was first announced, it was stated that it would be an HBO Max exclusive, forgoing the theater entirely. If the pandemic did anything, it proved that people are willing to watch movies at home, and we’ve seen a huge shift toward that trend with big studios putting their films on their streaming services outright, or really soon after it’s theatrical run.

I remember at the time, the news that Batgirl was going straight to streaming sparked a conversation about whether or not that meant that DC wasn’t as invested in the character as they would have been if they had given it a run in movie theaters. And it’s true, putting a movie on a streaming service without it ever being in theaters is much less of a risk than releasing it and there being a possibility of a flop. But Batgirl had a $90 million budget (which we’ll get into a bit later). It would have made that money back and then some.

Either way you look at it, this was a sign that things were changing for movies, and big franchises in general, that we could get a mid to high-budget film made specifically to be watched at home. That’s not inherently a bad thing.

DC has taken an interesting approach the past few years to their films. While they would still have a dedicated universe centered on interconnectivity, not everything that they released with their characters would be in the same world. Recent examples like the Joker movie, and Matt Reeves’ The Batman, show these characters in their own bubbles, unaffected, and unknown to anything else happening. It’s a way for stories to be more grounded and not have to worry about what another director may be doing with an unrelated character. It may all be a bit confusing, but for better or for worse, it’s kind of worked.

Even though some of these movies stood on their own, Batgirl was going to be a part of this ongoing interconnected universe, which is one of the things that makes this so frustrating. This wasn’t some one-off movie that you could argue “didn’t matter”. It was a new direction with some real promise.

One of the cooler things about it was that it also featured Batman, because why would you pass up that opportunity? But it wasn’t Ben Affleck’s Batman (Sorry Snyderverse fans), it was the OG 1989 Caped Crusader himself, Michael Keaton. Rumors speculated that he would be a mentor for Batgirl, passing the torch so to speak to a younger generation.

Michael Keaton also filmed scenes for his version of Batman for the Flash movie which is primed to reset the DCEU and set them in a different direction. All signs pointed to Michael Keaton’s Batman as the prime Batman of that universe, which means Batgirl would be taking place in that new world.

But with its cancellation, and confirmation that Ben Affleck is filming scenes with his version of Batman for Aquaman 2, who the hell knows what’s happening anymore?

The Batgirl movie has received a lot of backlash since it was announced. The aforementioned Snyderverse fans were livid that the vision of their lord and savior Zack Snyder was being put aside in favor of a new direction. Along with that also came racism.

Off the heels of last summer’s In the Heights, Leslie Grace was cast as Barbera Gordon aka Batgirl, and sweaty nerds lost their ever-loving minds. Why? Well in the comics, Barbera Gordon is a white woman. Leslie Grace is Afro Latinx. So in the minds of many a nerd, this was another instance of forced wokeness and politically correct pandering, and they let their feelings be known.

Despite all of that, the film persevered, and filming commenced. I think amongst everything else, that’s what’s been one of the harder pills to swallow regarding all of this. This was a film about a popular character led by a woman of color, and now it’s not happening in a seemingly unprecedented turn of events. Those sweaty, racist “fans” get to feel vindicated for their frustrations and are all over the internet spewing hatred and vitriol in the form of trolling and laughing about the demise of this film in unrelated comment sections. It’s really sad, and no one who works on this film deserves that negativity being hurled at them.

So now let’s talk about why this happened, even if we’ll never really understand it completely. To look at this specifically from a logical standpoint, movies are an investment in money for a company. They spend an exorbitant amount of money to make an even more exorbitant amount of money. The budget for Batgirl was $90 million, and to be considered a successful investment, it would have needed to make at least double that amount. Things get murky when streaming is involved because the traditional money-making process isn’t there. But that just meant that Warner Bros. Discovery could have released it theatrically unlike what was previously planned, but they deemed the movie to not be representative of the future of the DC film franchise, so they’re shelving it.

Warner Bros. was recently bought by Discovery, and that’s who is now running things and making all the decisions. Unfortunately, when a new boss comes in, changes are always made. Everyone wants to make their mark and first impressions. But we’ve seen executives come in and axe movies before. It always sucks, but it’s nothing new.

The reason this is such a big deal is that Batgirl wasn’t some movie that was recently greenlit or had a script that was being worked on. For all intents and purposes, it was a complete movie, at least from a principal photography standpoint.

I don’t have an encyclopedic knowledge of the film industry, but I can’t remember a time when that’s happened before, specifically because of what I mentioned about company’s using movies as an investment in more money. Warner Bros. Discovery had already invested $90 million on Batgirl, and that money was spent, so canceling it means that money has gone down the drain… or has it?

After the initial reports of the cancellation, reports started coming out that there’s some stipulation that if a movie is never released, then Warner Brothers. Discovery can write off the money spent on making the movie in their taxes, which is absolutely insane. But that seems to be what’s happening here. It’s incredibly disheartening to see how cutthroat the business side of filmmaking can be, and it hurts to see that all of these talented people who poured their hearts and souls into this film are never going to reap the benefits and get the recognition they deserve, all so a faceless company with a new regime can recoup some lost rewards. It’s ugly.

Batgirl seems to just be the beginning, unfortunately, as Warner Bros. Discovery has been on a killing spree the past few days, canceling other movies in active development, and announcing that HBO Max will be slashed and folded into Discovery+ next summer. It’s bleak out here for creatives with unique visions trying to navigate a capitalistic hellscape. This business always has murky waters, but it seems to be choppier than ever as of late. Hopefully in the next few years, firmer rules for what can and can’t be done past a certain point of production can be set into place so things like this don’t become more of a norm.

Who knows if we’ll ever see Batgirl, but we can hope. Maybe if we just never shut up about it, they’ll see how much they might be missing out on making money. Hey, it worked for the Snyderverse, it can happen here, too. We are what these company’s want. Or rather our money is. Let’s use that to our advantage.