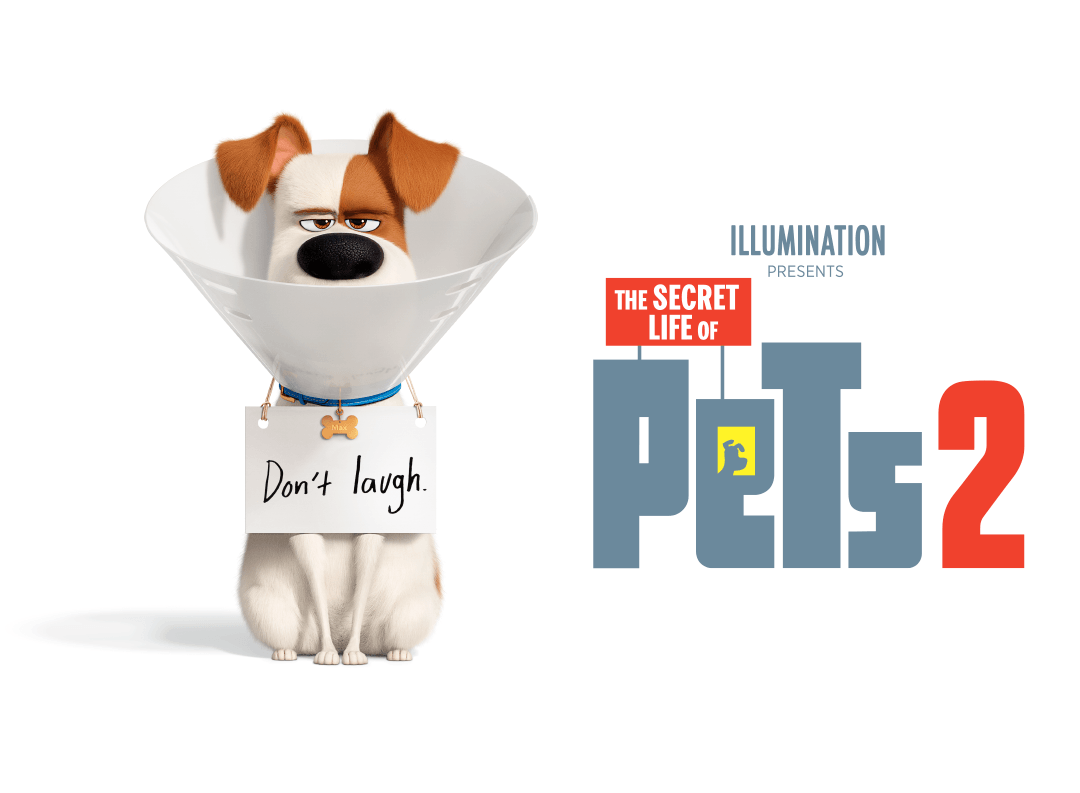 Max, Snowball, and Gidget are back to shake things up and explain what really goes down when you leave your pets home alone in The Secret Life of Pets 2. It’s the follow-up to the 2016 smash hit The Secret Life of Pets. This time around our fuzzy friends are dealing with changing relationships, embracing change, and pulling off a high-stakes rescue just a few short years after the events of the first film.

Katie, Max and Duke’s owner, is now married with a precocious toddler named Liam. Whereas in the first film Max was jealous over Katie’s adopting Duke, he’s now become overprotective of their growing family and fears anything bad happening to them. But considering Max’s aversion to change in the first film, you could argue his overprotective nature is a bit of growth on his part. 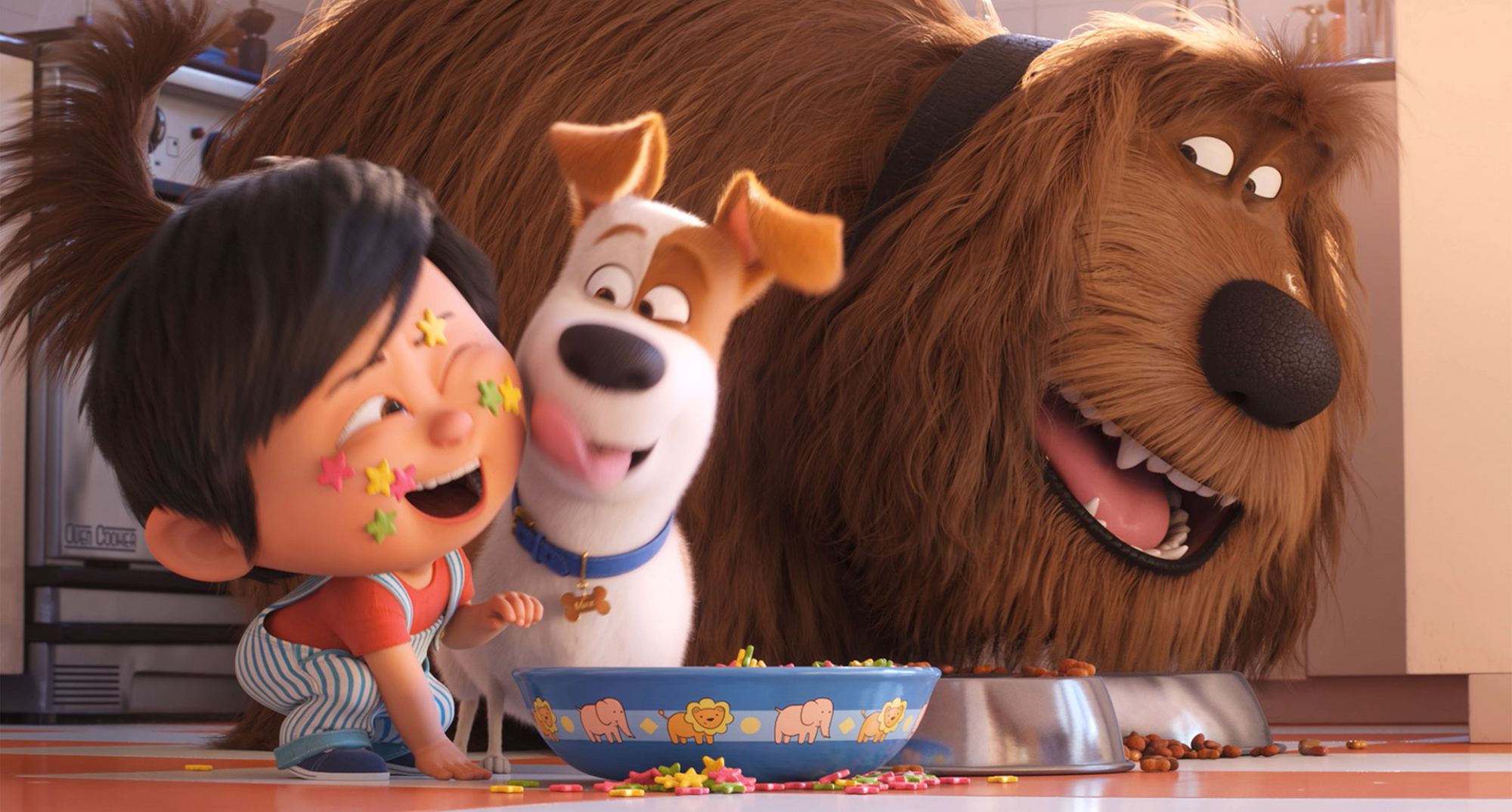 When Max and the family take a trip to a farm (A real one, not the one parents tell kids dogs go when they um… you know.), he leaves his favorite toy with his girlfriend, Gidget. And because Gidget’s gonna Gidget, Max ends up interrupting the beautiful Pomeranian’s spa day inside her owner’s dishwasher to drop the toy off. But when Gidget loses the toy into the Crazy Cat Lady’s (Meredith Salenger) apartment, she has to devise a plan to get it back before Max finds out.

Elsewhere in the building, Snowball (Kevin Hart) has fully acclimated to life as a domesticated rabbit, despite his fantasy double-life as superhero, Captain Snowball. Newcomer Daisy (Tiffany Haddish), a bout-her-business Shih Tzu, comes seeking Captain Snowball’s help to save Hu, an abused circus tiger she met on a flight (how do these animals got more Sky Miles than I do?). It’s not long before the two, Captain Snowball and Daisy, are on an arduous adventure that eventually brings all our four-legged protagonists together to save Hu and stop an abusive circus ringleader. 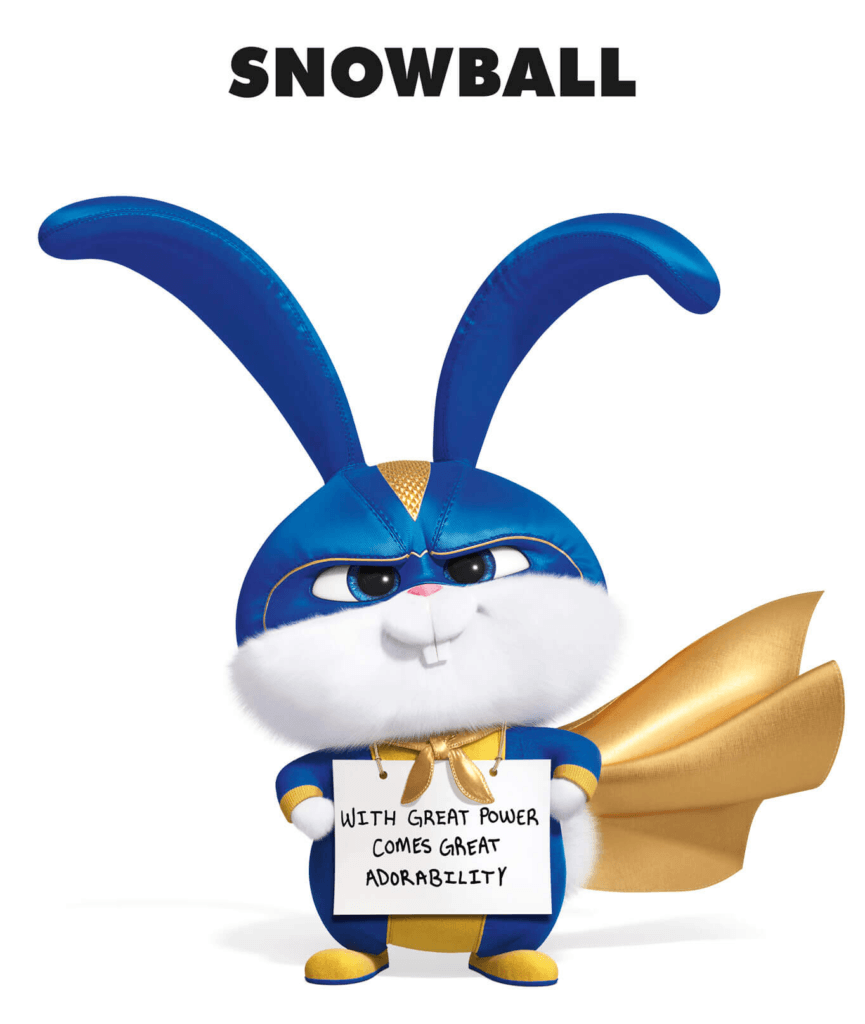 Judging by the reactions of children invited to advance screenings, Secret Life of Pets 2 is almost certain to meet or exceed the $875+ million its predecessor earned back in 2016. That’s saying something considering the movie does little to appeal to adults the way animated films like Spider-Man: Into the Spider-Verse, Zootopia, and The Incredibles 2 did in previous years. That leads into an odd, yet interesting note for parents looking to take their kids to the movie after work: Don’t.

Whether it was the film’s so-so storytelling or the screening being held after evening rush hour, some parents found themselves snoring during the show. If you’re going to take the kids to the show, you may want to do it on the weekend or after a big tall cup of coffee.

Overall, the performances were well-done. Patton Oswalt was a superb replacement for Louis C.K. after sexual misconduct allegations against the latter forced him from the franchise. Kevin Hart was also a standout as the glory-chasing Snowball. Tiffany Haddish also did a great job showcasing Daisy’s strong sense of self and tenacity, though it was difficult to hear where Tiffany ended and Daisy began.

But what you really want to know is, is The Secret Life of Pets 2 worth your hard-earned coin? If all you care about is hearing the unbridled laughter and joy of your kids, then it’s totally worth paying full price to see The Secret Life of Pets 2. But the way most American families bank accounts are set up, you may want to wait for a matinee or discount day at your local theater.