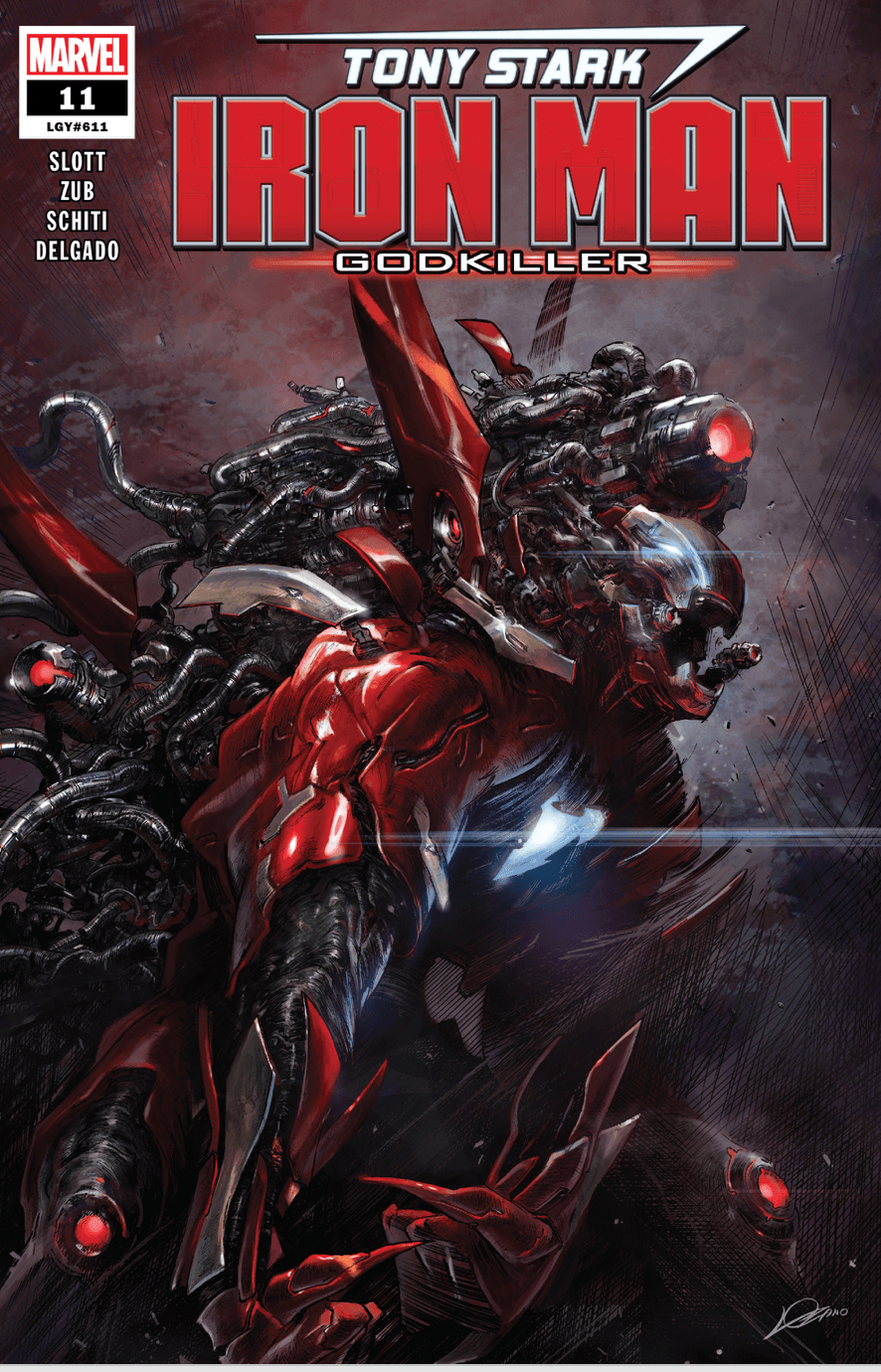 Tony Stark is back at it again with the white Vans!

Tony Stark: Iron Man #11 marks the first resolution of the series and it delivers the goods from the jump. Writers Jim Zub and Dan Slott’s approach to Tony has been multi-tiered. We’ve been given the most fleshed out version of this character and the world he occupies or, should I say, the many worlds he occupies.

The Controller is locked out of eScape and is catching hands from Rhodey, Wasp, and the Champions. Slott and Zub slyly develop a ‘passing of the torch’ moment here; everyone is asking for Iron Man when Ironheart shows up.

With no grandiose fanfare, Riri holds her own in the field. Until Iron Man shows up in a newly developed God Killer armor that he designed inside the eScape and bodies The Controller. Boom. The heroes win the day, but we now have a glimpse of yet another layer of who or what Tony really is. Arguably the most excavated we’ve ever seen, Tony recalls that he is entirely new, down to the cellular level. This crisis of identity puts into question the many ways we’ve seen him ‘perform’ normality in his many worlds: and whether his relationships are ‘real’. This shift causes Tony’s birth mother Amanda, to question who she is and what Tony is since his reconstruction. Andy considers leaving the Stark compound with Amanda because he’s pointless with no real initiative in the story. Jocasta, who is to this comic as Nebula was to Avengers: Endgame, comes full circle in her character development and finally sees Tony’s robotics ethics for what they are: trash. At least to her.

While things are ‘righting’ themselves as most stories do, and other characters are returning to their ‘normal’, Dan Slott and Jim Zub continue to revolutionize the Iron Man character by insisting that despite being ‘new’, his demons remain the same. There’s a deep collection of panels which underscore that despite all of his exploits and wonders, Tony Stark is, in fact, a man who needs his community. He and Rhodey have a heck of a Hallmark moment and issue #11 closes where issue #2 opens: with Tony trying to find himself with his best friend’s help. 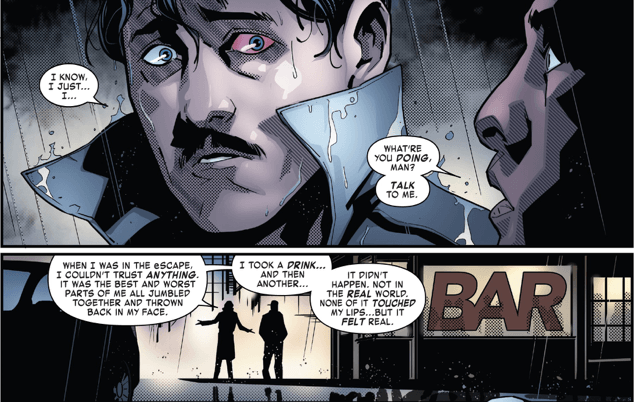 Valerio Schiti and the art team is still doing great work, the panels are dynamic and stylized as all hell. The use of black shading alone is a godsend! In issue #11 the paneling is pared down a bit. The scenes are put together in a way that emphasizes the extremes of Tony’s environment and his relationship to those things. There are some fine details woven into the art that assist in moving the narrative forward, those things cannot be overlooked.

I was skeptical when I first picked up this book, I even gave the first issue a low score. I have never been more pleased to have been wrong about an assessment.