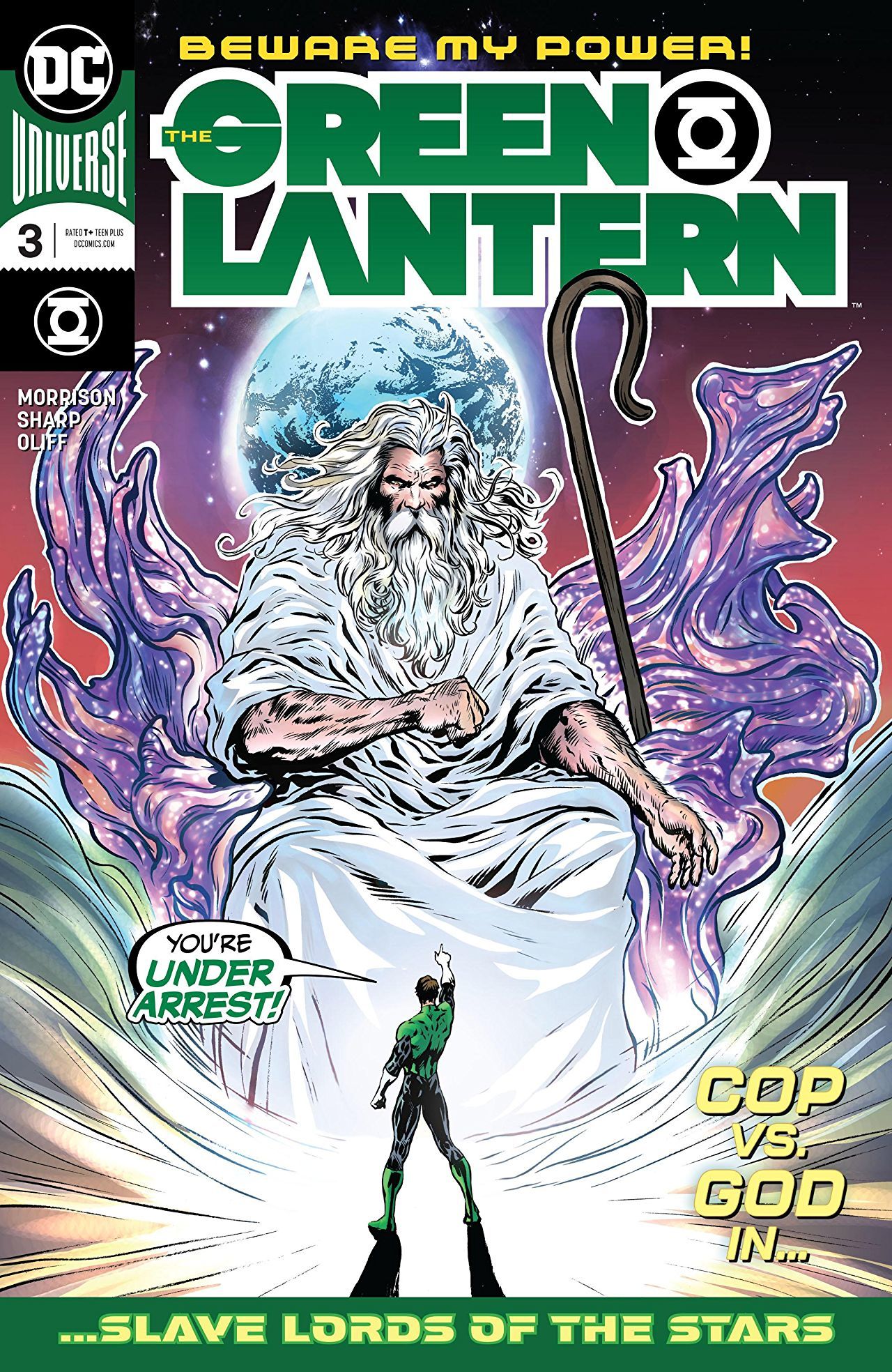 I’m not going to try to pretend like The Green Lantern isn’t a strange book. Because no matter what genre you frame it under, Grant Morrison has written a unilaterally bizarre take to follow up Robert Venditti’s run. However, there is something immensely compelling about the trademark weirdness Morrison has brought to the Green Lantern universe.

Issue #3 seems like it has a lot of moving parts at first glance because there are so many characters interacting in each page but it mostly picks up where #2 left off with Hal and the Corps investigating the Earth’s whereabouts. This was approached in the most hilarious way. It was almost like reading the Mel Brooks version of a Green Lantern book in moments. That doesn’t seem like it would be very funny, but Morrison definitely pulled it off here. Usually, his thing is satirizing superheroes but this time around, the villains are getting a very comical treatment. And in case you’re wondering about the cover to this book, though slightly misleading, the figure it alludes to is certainly the bullet with which Morrison takes shots at our society’s perceptions about happiness and our place in the universe. 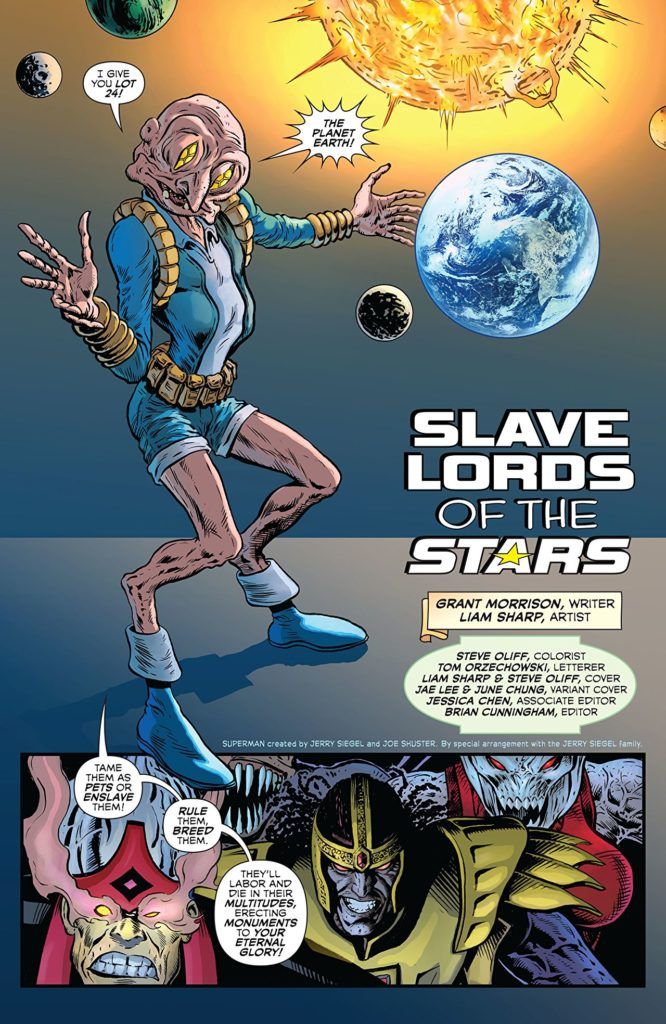 Meanwhile, Liam Sharp is still working wonders on this book. Clearly, the goal here is to go for an 80s vibe in both narrative and visuals. It’s safe to say Sharp is more than holding up his end of the project. No two characters in this book…even the ones from the same race…ever look the same in facial structure or expressions. And I’ve never seen an artist more adept at using ALL of the space in each panel. Rarely in the book is there a shortage of interesting, diverse landscapes and backgrounds to look at.

Bottom Line: Morrison and Sharp certainly served up a nostalgic, funny comic that isn’t afraid to pick at its reader as well as the world they live in. More than worth the couch change.