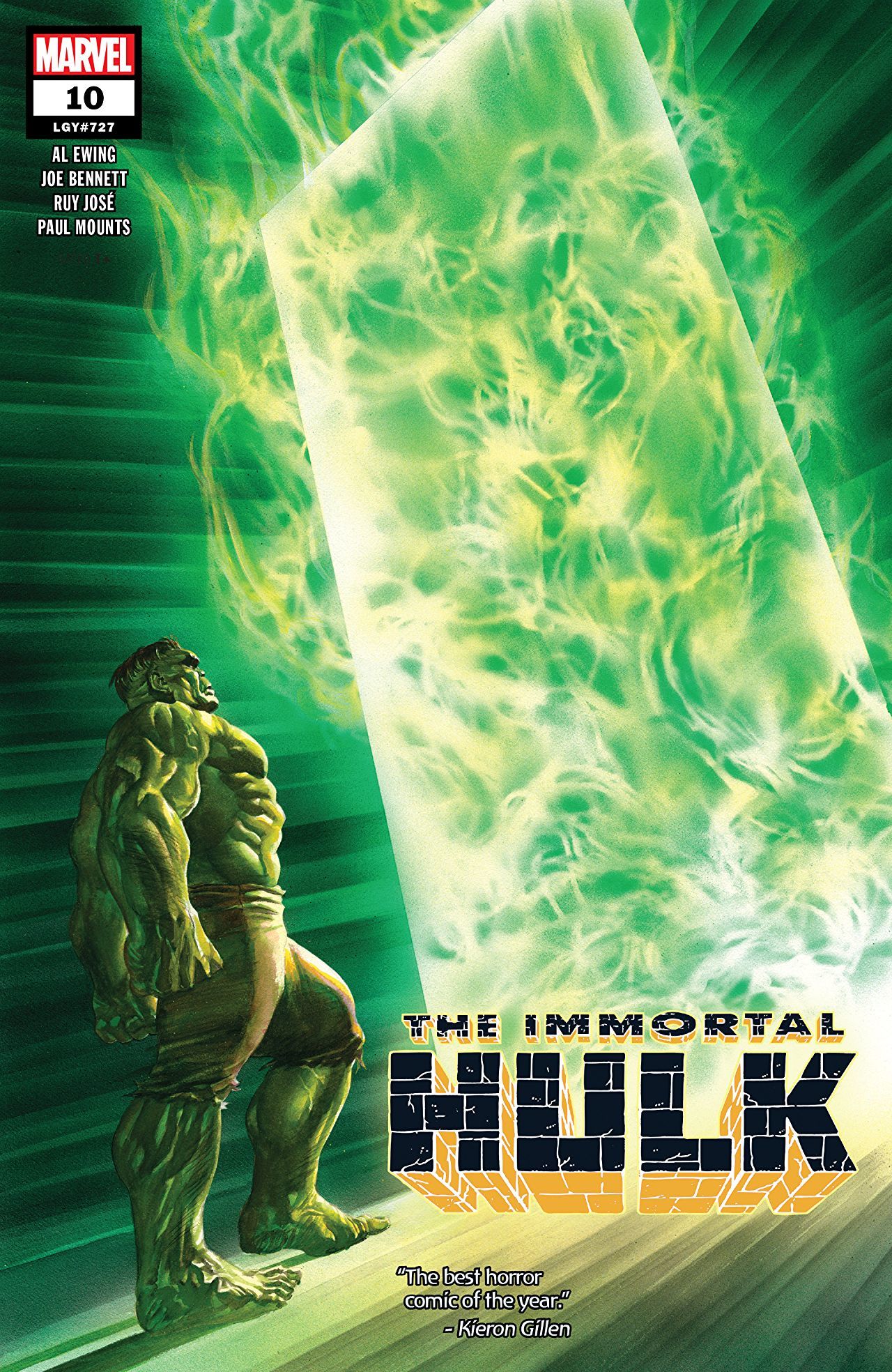 Al Ewing is doing some wild things with The Immortal Hulk, and this issue definitely takes the plot into new territory. Believe it or not, the Hulk and Abomination’s fight continues despite the Hulk looking like a shriveled up Jolly Green Giant and the Abomination looking like a half-finished Mortal Kombat fatality. What ensues is one of the weirdest gamma battles to grace this series by far.

The continued fight between the Hulk and the Abomination is one of my favorites in the series so far. It’s not as bombastic as most Hulk fights, but that doesn’t mean it lacks any of the brutality that the Hulk is known for. Bennett really outdoes himself showing the struggle between these two weakened behemoths. 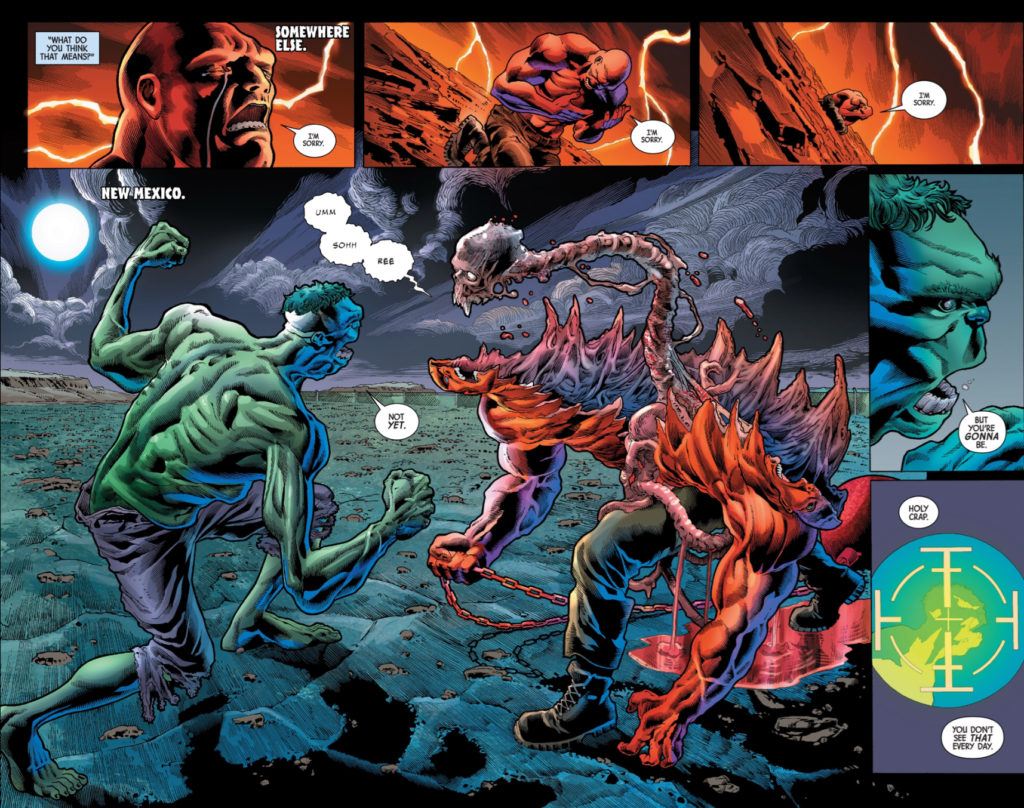 It’s visually compelling to see the Hulk and Abomination’s bodies twisted into these grotesque forms as they beat the daylights out of each other. Body horror at its finest, and honestly some of the best panels we’ve had in the series. And this is coming from a series that chopped up the Hulk into several disembodied pieces and through him in jars.

On the story front, we finally get an explanation to where the Green Door leads too, and it’s not something that I was expecting. There are a lot of moving pieces in this issue. Thankfully, Ewing is able to operate them pretty well. He brings together a lot of the characters that have played a major role in the series, and I’m excited to see what happens to them in the next issue.

I usually balk at stories when the go left-field like this, but I’m so intrigued by the premise. It was something that was hinted at during the Hulk’s fight with the Avengers. Ewing has done a stellar job so far taking the Hulk into new territory, so I trust that this new arc will give us something interesting to see.

9 Sub-Zero Fatalities out of 10