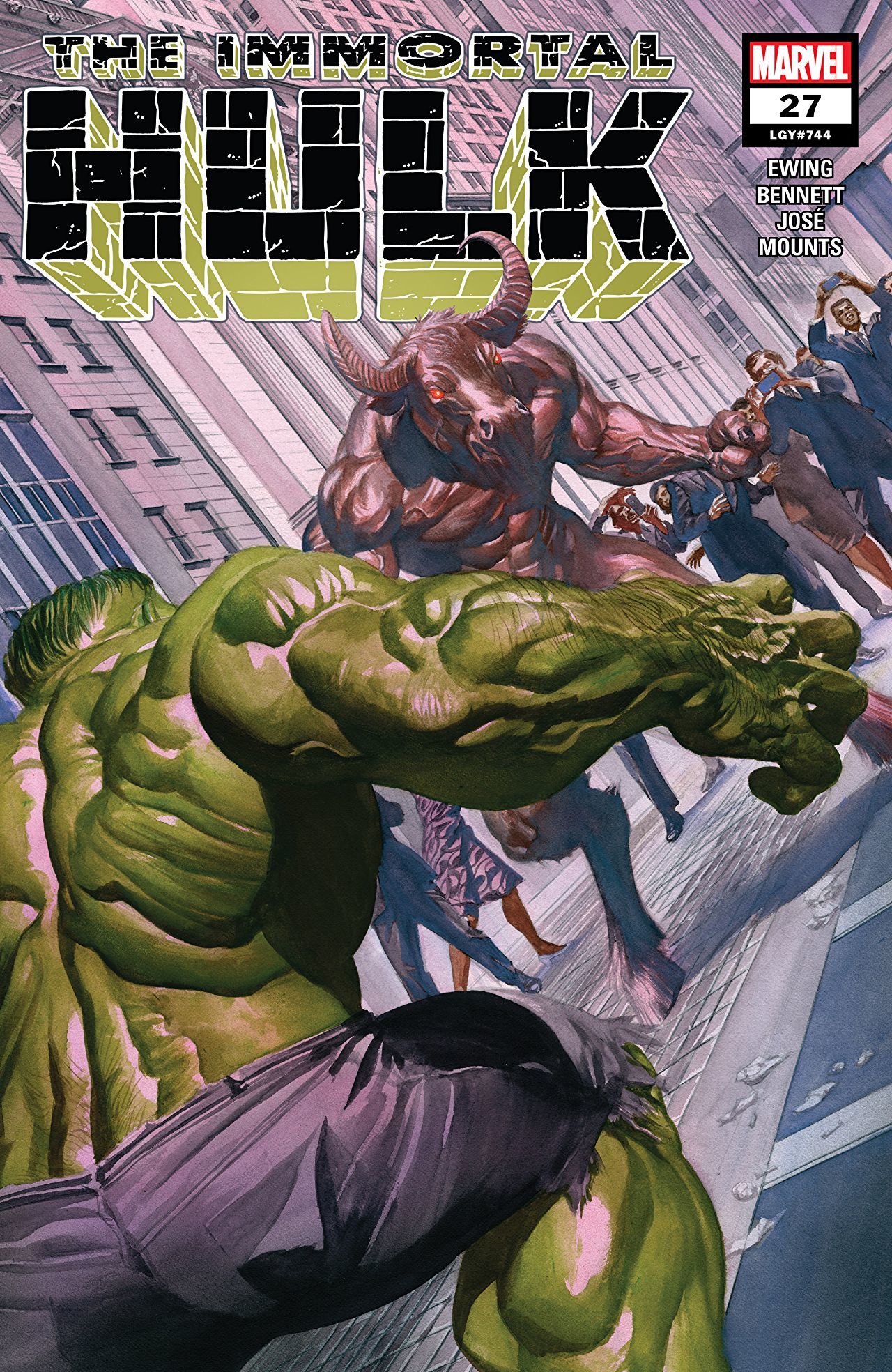 Team Hulk is running like a well-oiled machine and their first target is Dario Aggar and the Roxxon Corporation. Honesty, Roxxon has to be one of the worst corporations in the Marvel Universe, especially if you’ve read Jason Aaron’s amazing Thor run. I’d be more surprised that they haven’t been shut down by the government for shady deals, criminal conspiracy, violations against employment law, and environmental negligence if real-world companies weren’t getting away with the same thing. 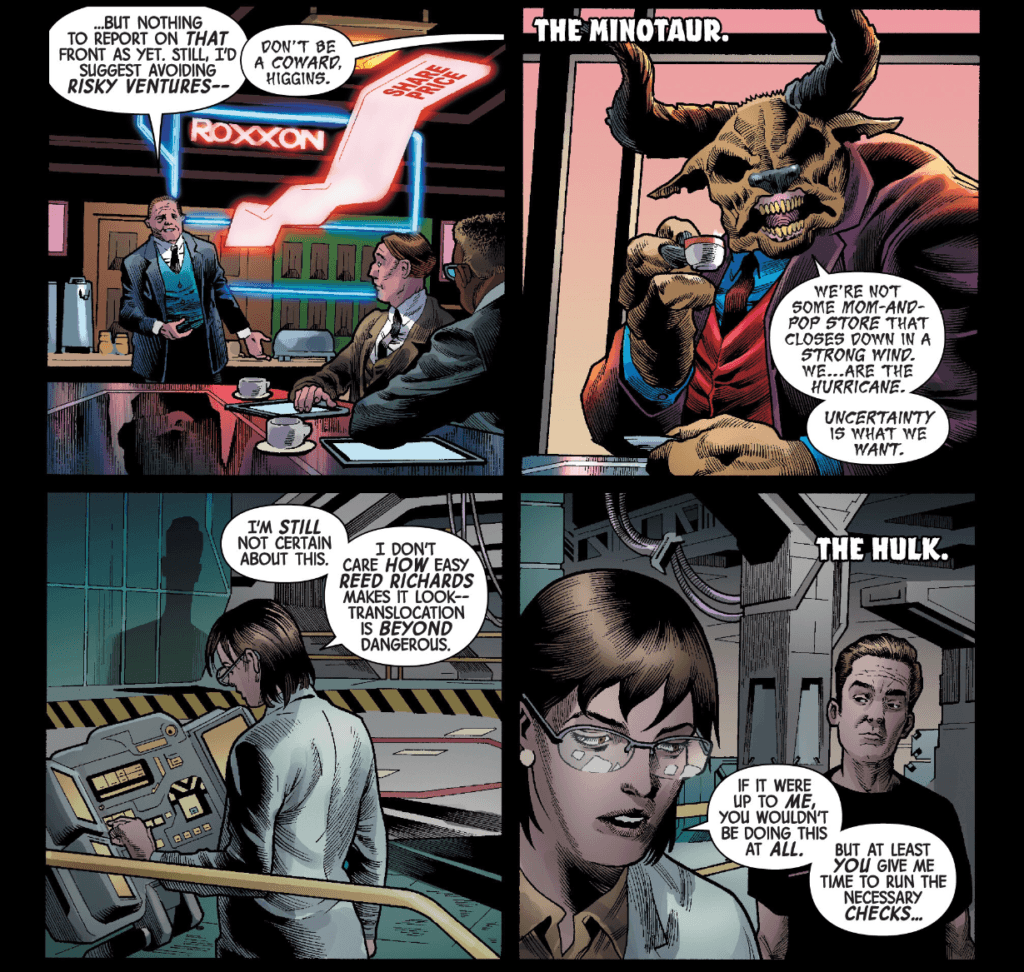 The interesting thing about the Devil Hulk going up against Roxxon is that he isn’t as limited as others have been in the past. The world already sees the Hulk as the villain, especially since his “F*@k all humans” PSA. Most heroes are usually tied up in red tape but now Roxxon is facing an enemy who’s not afraid of the consequences. Not only is the Hulk free to Smash whoever he wants to but it’s focused smashing.

Once again, Al Ewing’s writing does a fantastic job of highlighting certain aspects of the Hulk that weren’t as noticeable in previous issues. Throughout the series, we’ve known that the Devil Hulk has been driven by a need to pass judgment on the world and those who have wronged it. We’ve also seen the evolution of Banner’s relationship with all the different personalities. This issue feels like the first time seen both Banner and the Devil Hulk truly work together. Like most moments in this series, it’s a scary sight to behold when you see how dangerous the two can be when united. 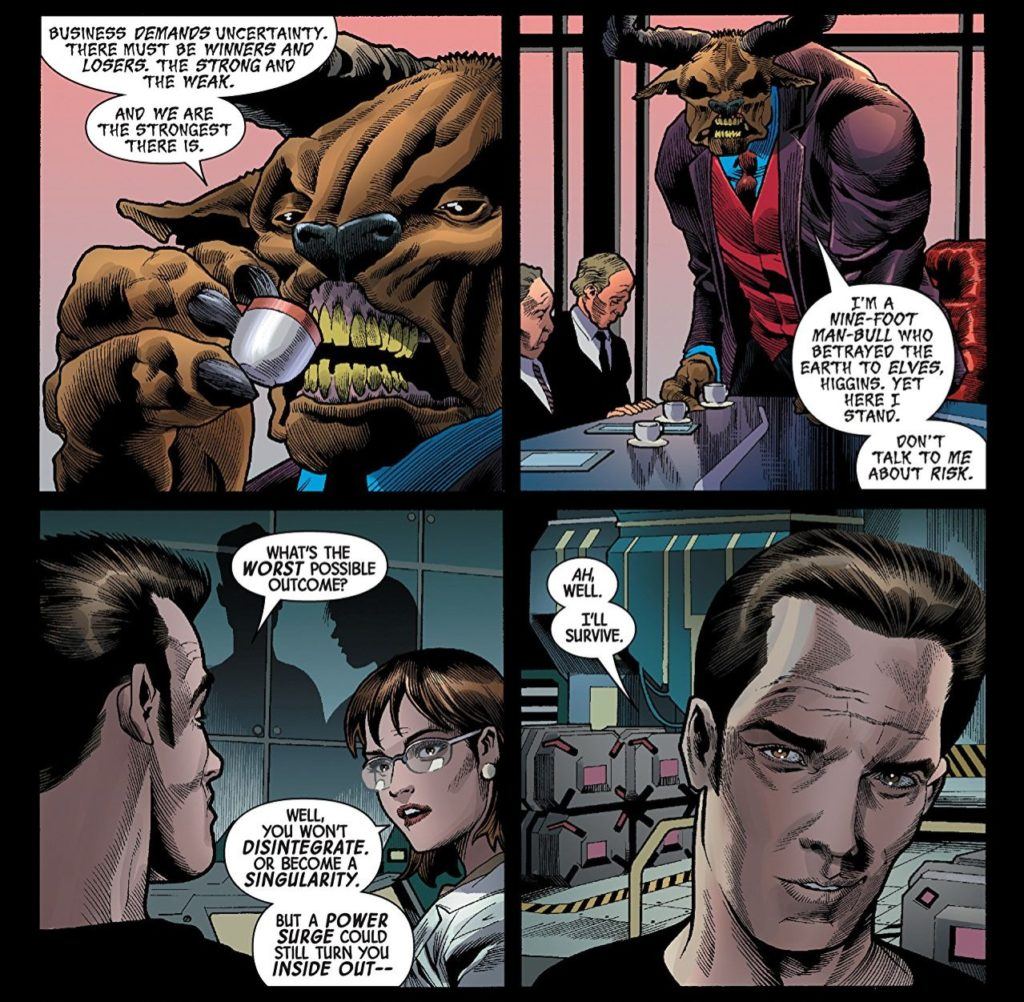 The Hulk’s assault on Roxxon isn’t as grotesque as most issues in the series are but it’s heavy on the action. Bennett shows how good he is at putting together some classic smashing action. I’m going to miss his art when he is gone as it’s definitely one of the reasons I look forward to every new issue of The Immortal Hulk. The Hulk has definitely picked a target worthy of his cause. Ewing paints Dario Aggar as the callous opportunist that he is. It will be interesting to see just how much damage Team Hulk can actually do to a man who has survived the War of the Realms and is a master at manipulating the public.

8.2 Combat Readiness Drills out of 10