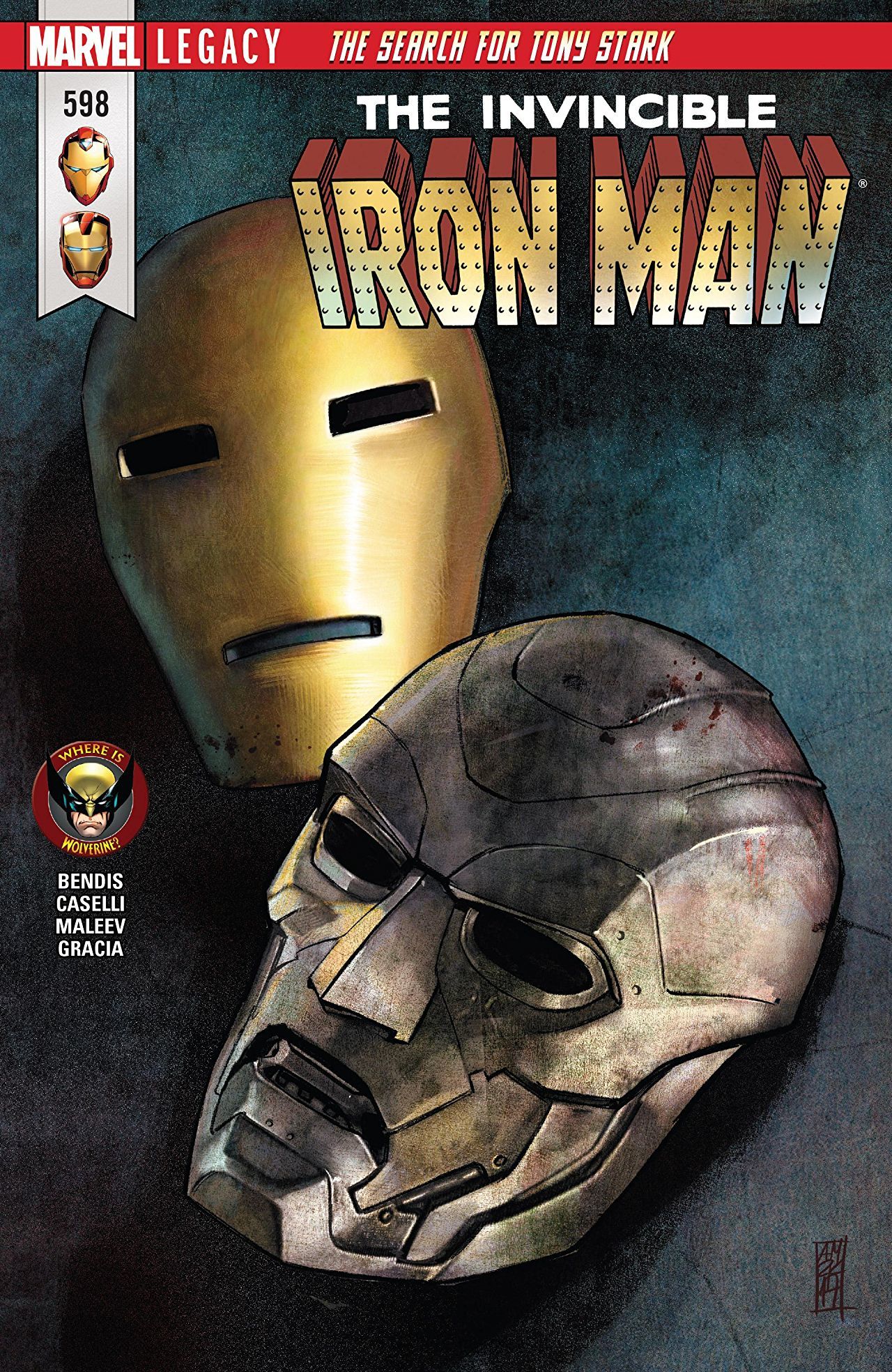 Marvel’s Bendis countdown continues with The Invincible Iron Man #598, part 6 in “The Search For Tony Stark” story. This two-tiered title follows Riri Williams a.k.a Ironheart in her task to locate the missing Tony Stark and Victor Von Doom in his quest to redeem his dark past by adopting the Iron Man moniker as a hero. The progress of the book continues to be slow. Riri and her new band of young, armored compatriots use sci-fi language to track down a lead to Stark’s location. If we calibrate the matrix and stabilize the frequency we can track the signal! YAY! I’m being pejorative but I live for science fiction tropes. The other noteworthy development in Riri’s adventure is her meeting a veteran Black superhero interested in her progress. Definitely one of the last heroes I would expect her to run into, even in a Bendis book.

I’m interested in what this means for the character, likely after Bendis’ departure. In Doom’s world, he is getting absolutely wrecked, overpowered by Parker Robbins a.k.a The Hood (Another Bendis favorite) and his army of low-level supervillains. Eager to attain valuables believed to be kept by Victor in Latveria, The Hood and the Wrecking Crew attempt to assault his armor, trying to pry Doom from it. The story ends with a potentially shocking discovery regarding Doom’s legacy. There also may or may not be an easter egg at the end adding yet another hero to the fray.

Where I thoroughly enjoyed last month’s issue because it was heavy with Maleev’s Doom art, this issue leaned a little more towards Caselli’s. Don’t misunderstand. Stefano Caselli’s art is impressive and Marte Gracia’s colors add to it. They have a traditional comic style while Alex Maleev’s art is less conventional and instantly recognizable. The actual searching for Tony Stark is a much less compelling story than Doom’s struggles so giving more attention to it weakens the comic. Truthfully, though I’m really being a spoiled brat. All of the creators on this title have been doing delightful work for so long that it gets easier to nip pick and critique but we can’t forget that we’ve gotten consistently solid comics out of them for quite a while now.