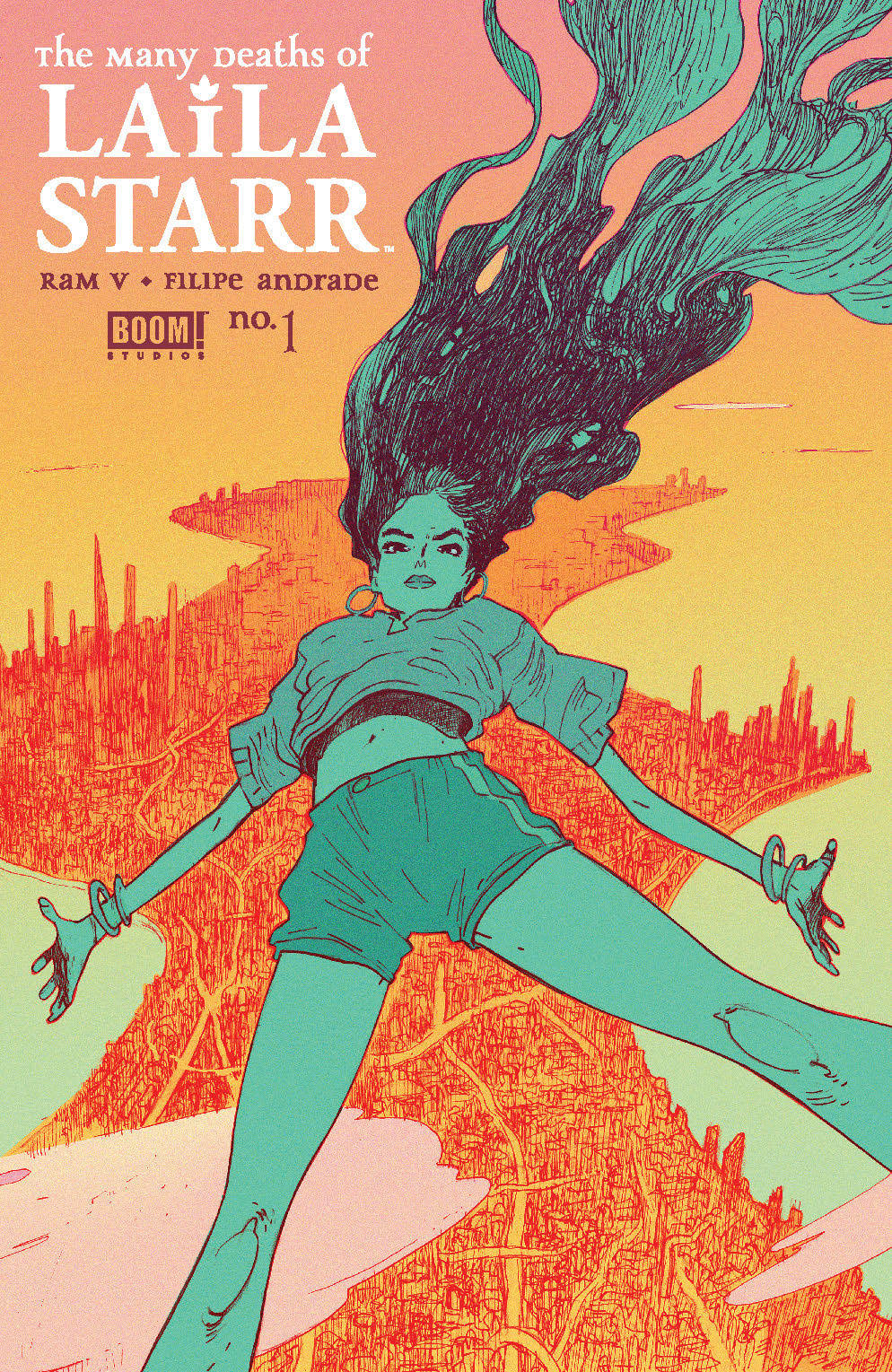 The Many Deaths of Laila Starr lures you in with the first couple pages. Beautiful artwork from Andrade depicting the skyline of a city. Ram V’s narration casually contextualizing the scene and giving brief glimpses into the lives of its inhabitants. And then there’s a gentle pivot, and suddenly we are dealing with Death personified preparing for a meeting with her boss, and you realize that there’s a lot more going on here.

Given that most deaths are singular in nature, the title does hint that there is a fantastical component to the narrative, but its true meaning slowly gets revealed over the course of the issue. There is an air of mystique surrounding the circumstances of Death losing her job, exchanges her divinity for a chance to experience the mortal coil, and get caught up in the vast machinations of humanity.

Ram V’s pacing of the comic is absolutely exquisite. There is an expert weaving of three different narrative through lines that all culminate in a tight focus and sets up the rest of the series beautifully. The narration is poetic, and the dialog is perfectly crafted. There is a deft hand in seamlessly transitioning from having gods having talks about corporate to the reincarnate of Death muse about their new existence.

And then you combine all of that with Andrare’s phenomenal artwork aided by Amaro’s color assists and AndWorld Design’s lettering. Each page is a stunning tour de force, with eye-catching backdrops, iconic characters, and subtle details that really help accent the comic and magnify the heart of the story.

This is not the first time we have seen a divine being descend to Earth, but it might as well be because Ram V and Andrare manage to breathe new life into the trope (pun very much intended for better or for worse). The Many Deaths of Laila Starr is a strong introduction to the world that leaves a lasting impression and paves the way for a fantastic story that I will be following very closely.