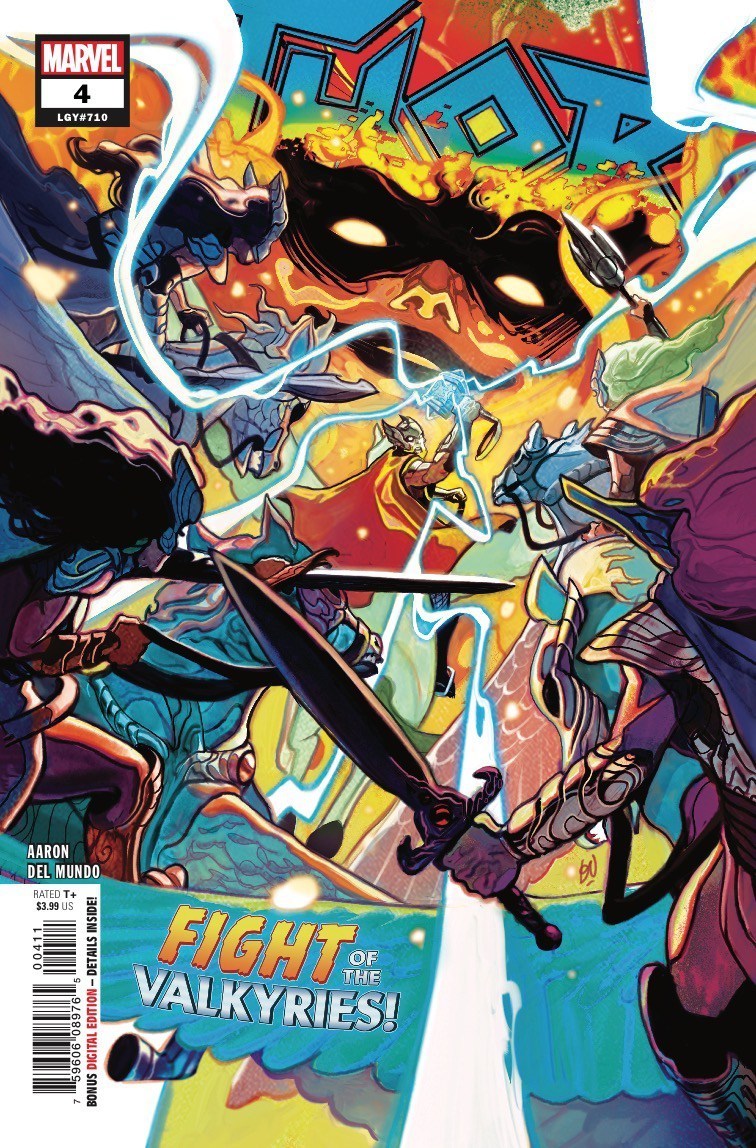 Issue #4 wraps up Sindr’s battle with the Brothers Odinson in a slightly unexpected yet hilariously exciting fashion. Aaron lays out a perfect balance of exposition and action that shoots first but also asks a few questions in the process and saves some for later. There’s a lot going on with the big battle raging forward, but the highlight is the Thanos cameo that I’m assuming is supposed to get us all lathered up about the current crossover event. It’s only slightly effective in this regard but on its own without context….hilarious yet somewhat accurate (when you think about it) characterization of the Mad Titan. 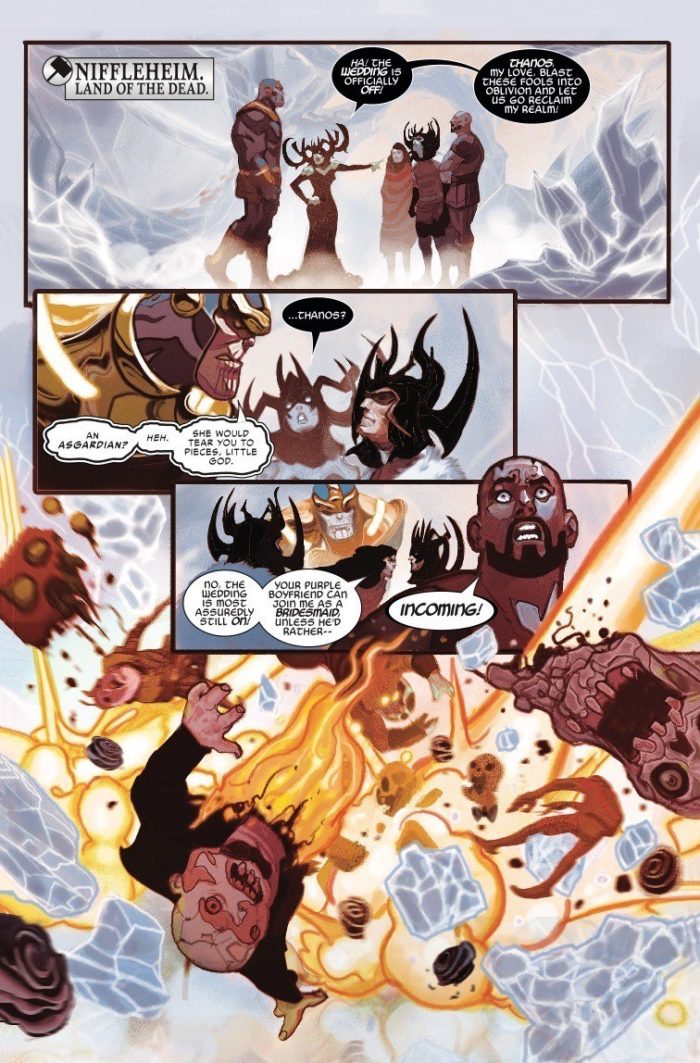 As for everything else, Aaron resolved a lot of story in one issue. He definitely has a good hold on all the moving parts he’s put into motion over time. It’s like watching Chris Paul shoot three-pointers in the second half once he’s gotten his rhythm down. And as if this isn’t good enough, we get fantastic Mike Del Mundo’s art capturing the whole thing. Given the surreal aesthetic, it’s easy to lose your bearings in a couple of panels because your eye wanders, trying to take in All Of The Things. Still, this is top notch artwork, flexible enough to walk the line between the deadly serious and the outlandish.

Bottom Line: A great finish to one of the most refreshingly ridiculous storylines in Aaron’s time writing Thor. Touching, funny, gorgeous….this is what comics are all about.

9 Awkward Breakups out of 10