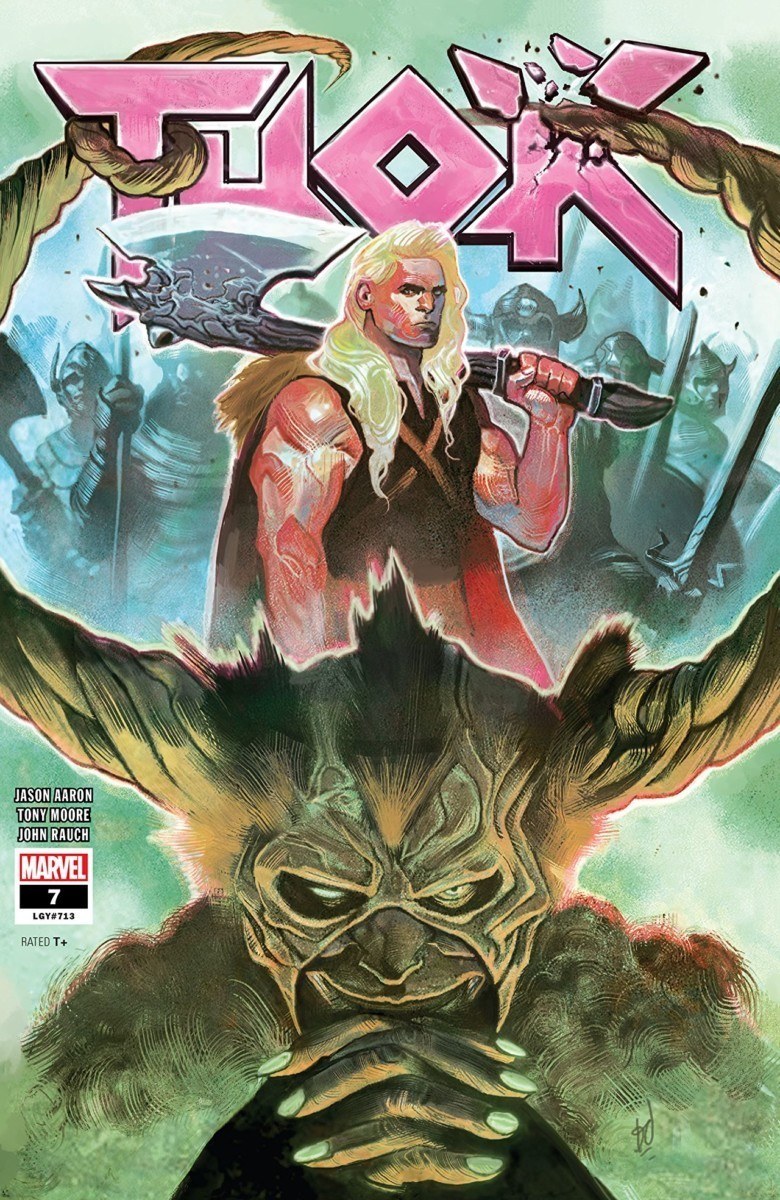 Damn near everything about Jason Aaron’s Thor run is a godsend (see what I did there). One has to applaud the sheer amount of world building and groundwork that has gone towards making eight years of mythical adventure that makes the case for superhero comics. There is something mythical and fantastic yet oh so human and relatable about Aaron’s character development and this is no more clear than in Issue #7. The book takes a flashback to his early days on Midgard, drinking and warring his way through godhood. Sick of his youthful gallivanting, Odin tasks Loki to sway the Odinson back to his godly duties.

These flashbacks are so effective in reminding us how far Thor has come as a hero, re-adding dimensions to a character that, in my opinion, doesn’t get his due credit for his personal journey. And one of the greatest things about how Aaron approaches these stories is that it brings back the old school nature in these tales of ancient mythology. Before anything else, these stories are fables and fables have lessons or morals. This book rarely fails to keep that energy. Also…holy shit, we need an Erika The Red miniseries. 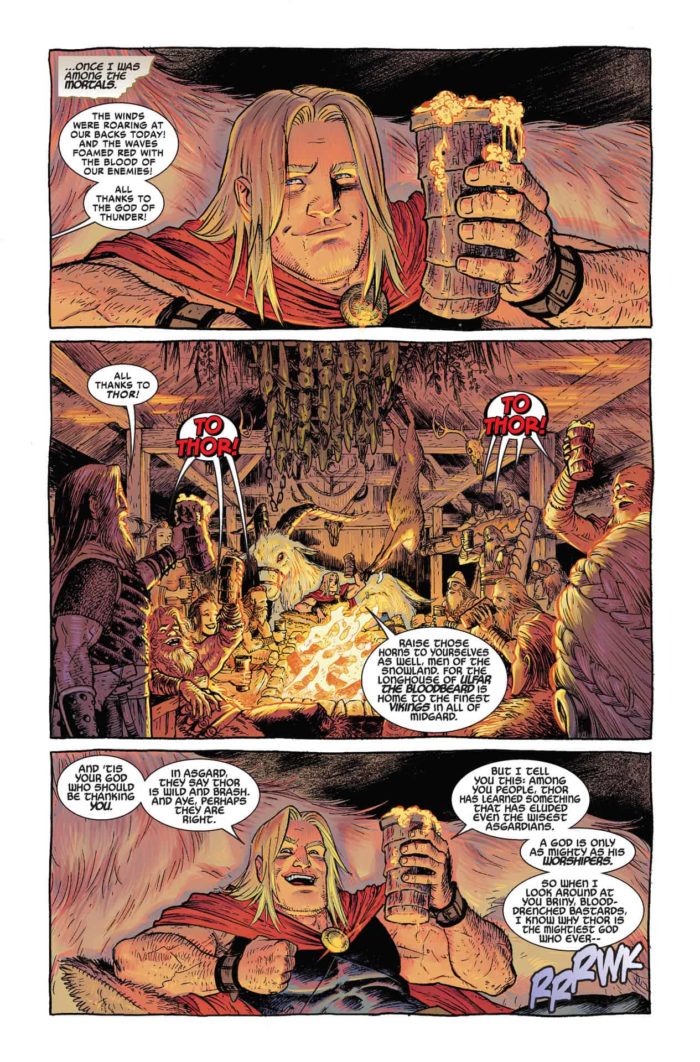 Aaron deserves way more applause than he gets for some of the fun, tough female characters he introduces throughout his tenure. Visually, Mike Del Mundo took a month off and let guest artist Tony Moore take the helm. There is such cartoonish detail in his linework, it properly captures the mythology storybook collection vibe these flashbacks are meant to convey. There are a couple of awesome moments I wish had been splash pages but that’s not really a criticism as much as it is a testimony to the epic feel Moore pulls out of Aaron’s script.

Bottom Line: Once again, Aaron delivers an endearing, fun installment in one of Marvel’s most consistently well-crafted books of the 21st century thus far.