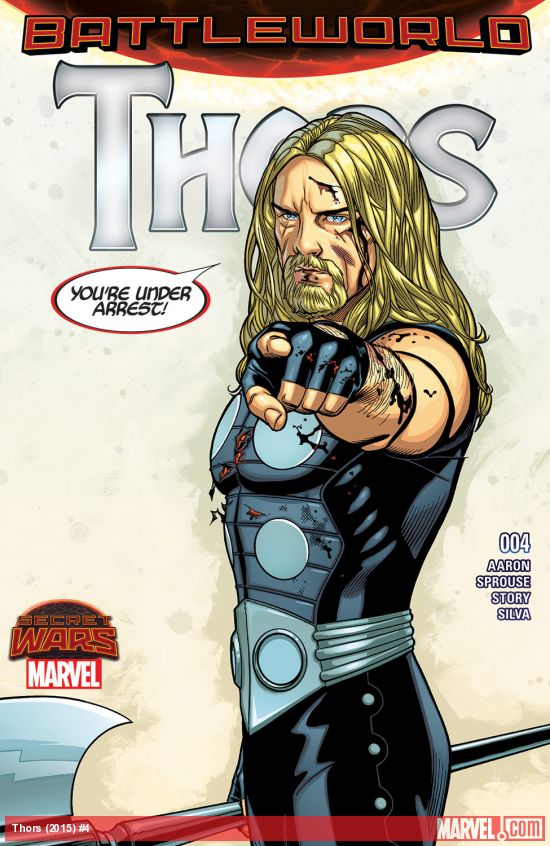 Okay, so Marvel has given us sort of a mixed bag this year. On one hand, Jonathan Hickman has been doing a wonderful job with Secret Wars. On the other hand, the pushbacks and delays are causing it to wear out its welcome a bit. As for the tie-ins, even the truly good ones have ended up being a hit/miss scenario due to the lack of a sense of finality since many of the stories run right into the final events of the main book (and we don’t even know what those are because we still haven’t gotten the ending to a book that was supposed to be over two months ago). Then, we’re left with this, “It was all a dream,” sour taste in our mouths. Thors has been a standout series that gives a fun bit of genre bending and classic ridiculousness in the temporary absence of a proper Thor series. But can it finish strong?

In the final issue, Ultimate Thor has finally solved the mystery of his partner’s death and is hot on the heels of the killer. For the most part, Jason Aaron makes the whole thing work because you would think, in the final act with all the lightning and hammers flying so furiously, he would have dropped the whole theme of blending sword/sorcery with procedural cop drama tropes. But everything stays in character even when the events of Secret Wars cause the pretenses of Battleworld to fall apart and there’s just mayhem and violence. Depending on what you ultimately want out of the title, the end might just feel a little anticlimactic in a way. But on the other hand, considering what Secret Wars is ultimately about, what do you expect? It wasn’t like it could last forever no matter how entertaining it is. 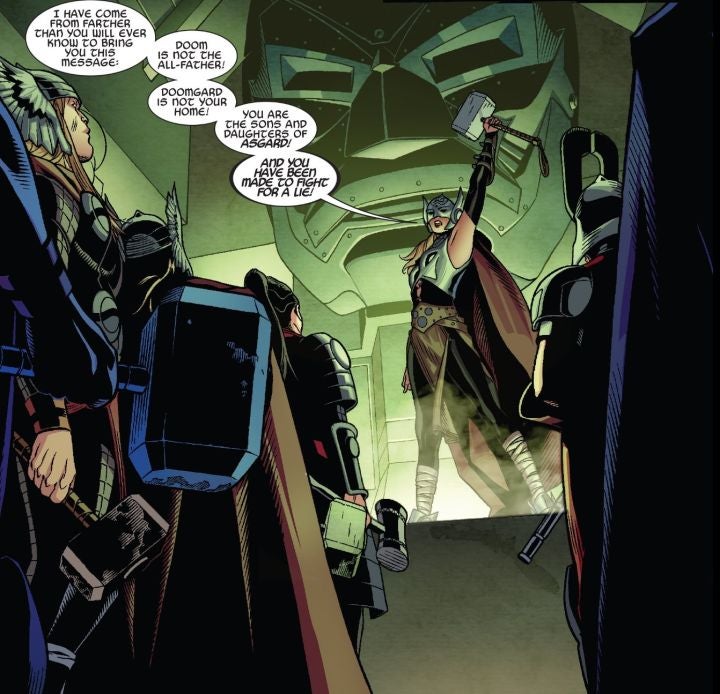 The big plus is watching Jane Foster Thor finally come into her own, rallying others into battle. Most of her story so far since she debuted has been her growing into her powers and concealing her identity. And that’s awesome, but Thor, if nothing else, should be an inspiring figure and Aaron really made that work well. It’s also nice that Chris Sprouse truly stepped his game up to bring the epic nature of this finale to life. There are a couple of panels where you feel like you’re right next to Thor in the heat of this massive battle and you can’t leave his side if you want to make it out alive.

Bottom Line: If you were expecting a standalone sense of finality, then you might be disappointed. But if you’re looking for a big of fun to go with this week’s Secret Wars and you’ve enjoyed Aaron thus far, it’s worthwhile.