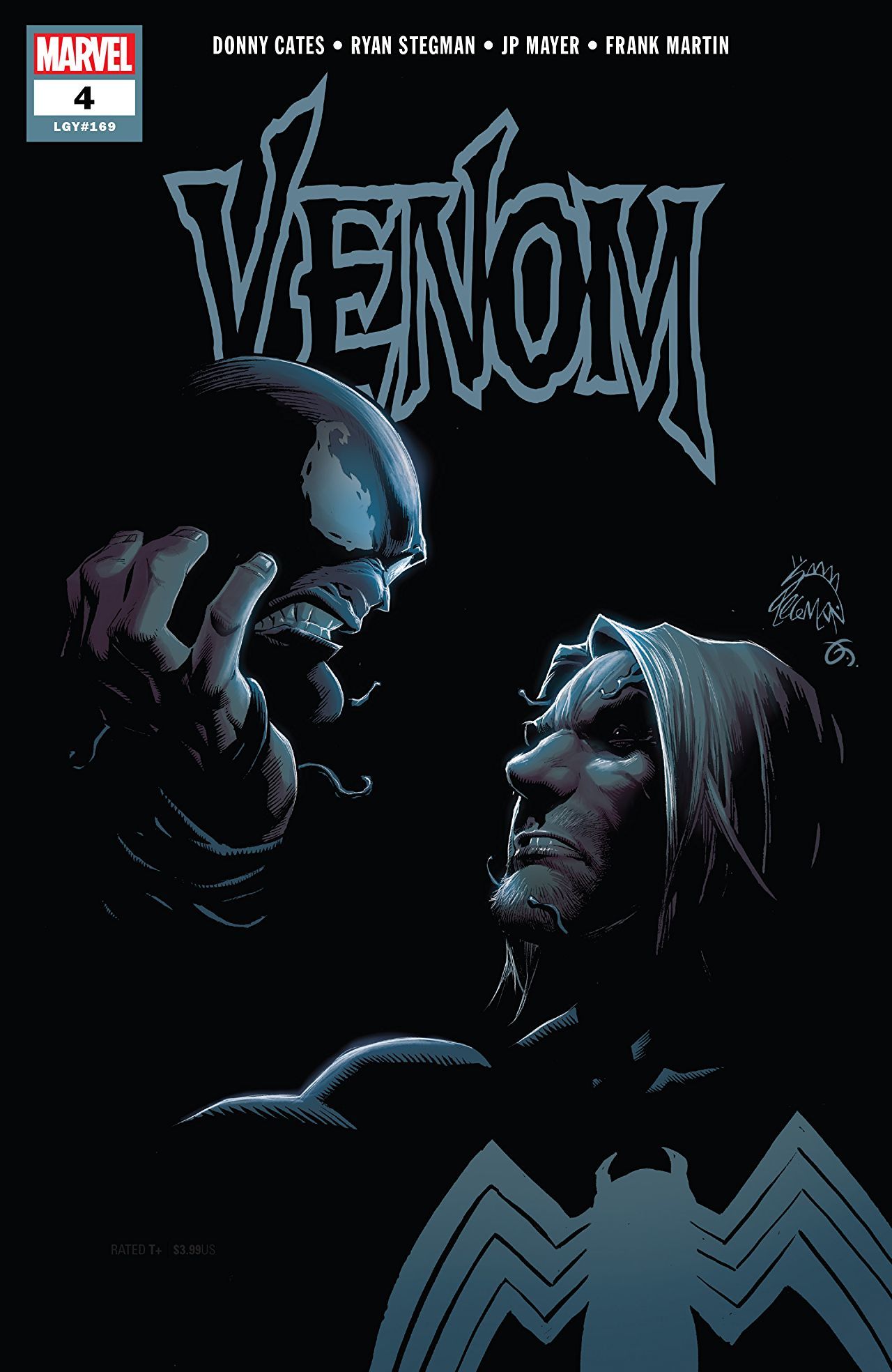 As much as I love the stories of myths, gods, and monsters, it’s not something I necessarily want in a Venom series. This issue, we stray very far away from the horror aspects of the first couple of issues and dive head first into the backstory of the Knull the Symbiote God, yet another retcon of the Venom symbiote’s origin and one of the oddest crossovers with Jason Aaron’s excellent Thor: The God Butcher run. 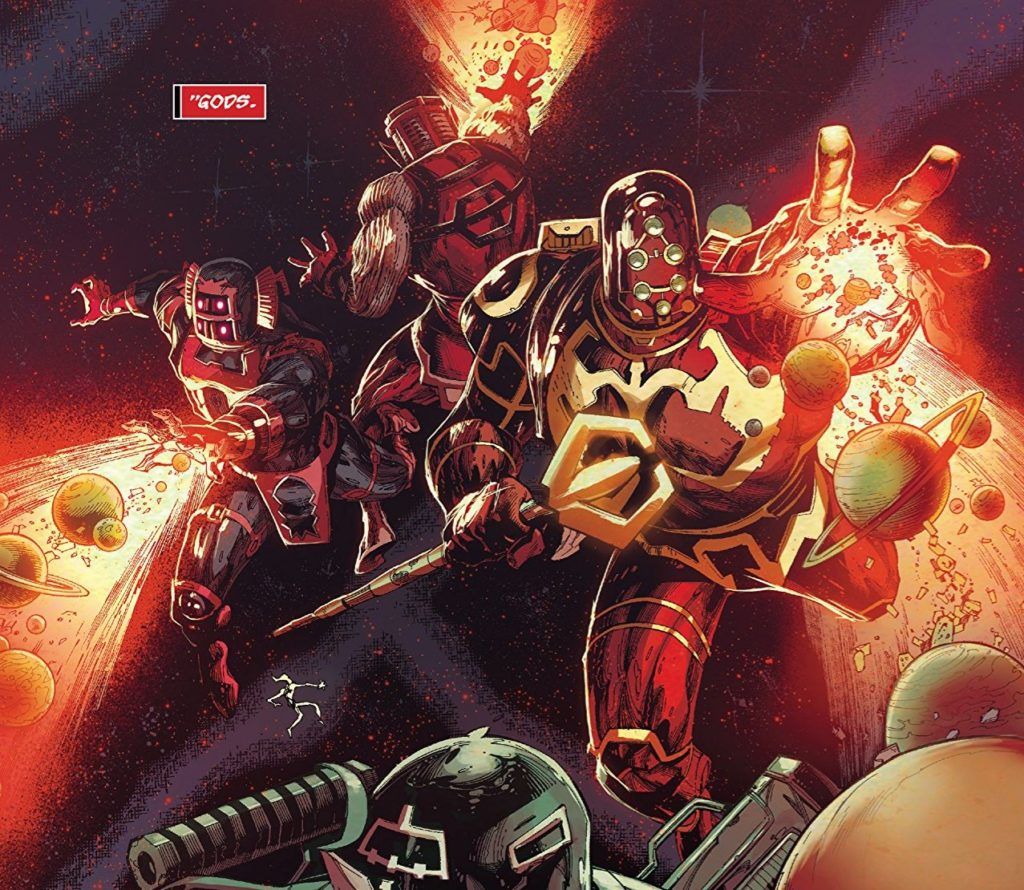 My biggest problem with this issue is that there is a lot to digest. Like a lot. You might have to reread it a couple of times just to fully understand the Knull’s full backstory. Another issue I have is that the story doesn’t feel like it belongs in a Venom comic. This retcon also runs into the same problem I had with the Guardians of the Galaxy one. It takes away a bit of the mystery surrounding the symbiote, which in turn takes away from what made the character so scary. It’s the Prometheus effect. The more you find out about the monster’s actual origins, the less interested you become.

However, this is not to say that Cates’ tale is bad. It’s actually well done and works as one of Marvel’s cosmic and mythological stories. It also puts the symbiote’s origins on a much grander scale within the Marvel universe. One of the things that I do like about Cates’ story is how he reestablishes the devious and parasitic nature of the symbiotes, making them once again dangerous creatures not to be trusted. Whatever happens after this story is over, at least they’ve established that. 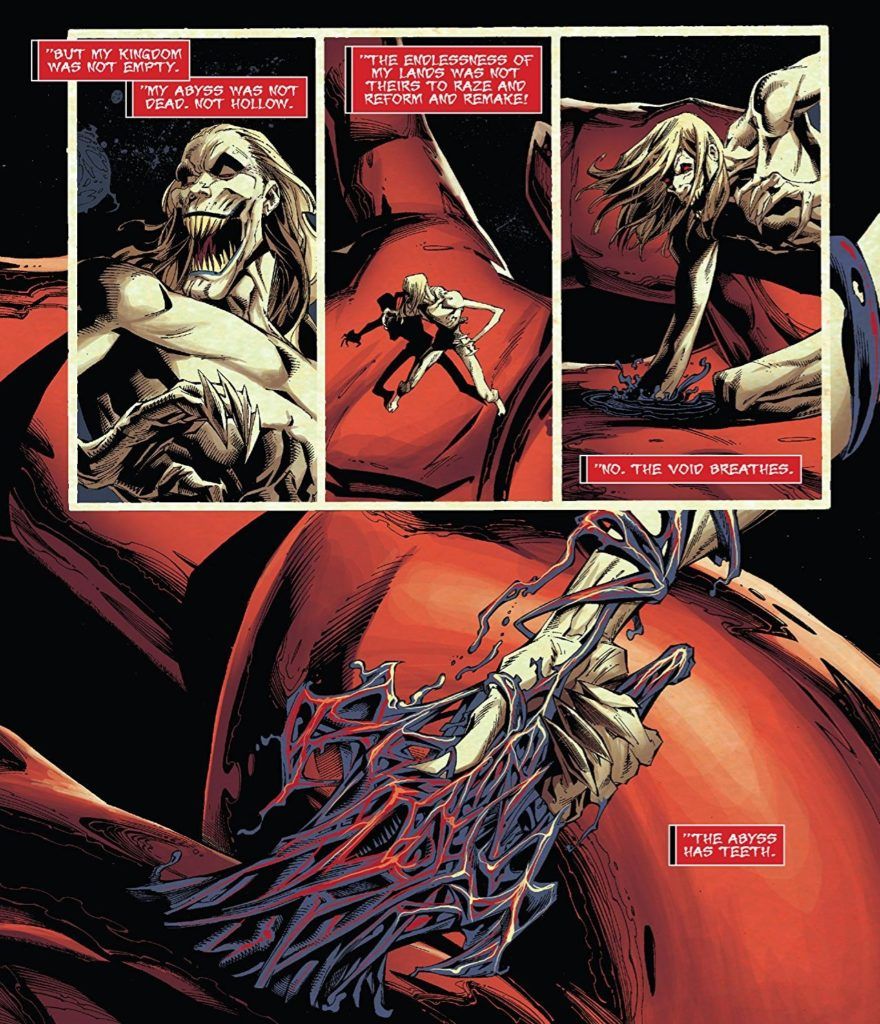 The Venom series is moving in a weird direction. Some days I like it, while other days I feel it’s doing too much. Sure, Cates is doing something different, and Stegman’s art makes certain scenes look like something out of a hellish nightmare. However, messing with origin stories is a mixed bag. It paints the character in new light and sometimes it’s not necessarily for the better. Hopefully, the conflict evolves into the horror story I want to see. If not, I’m just left asking “What’s the point?”