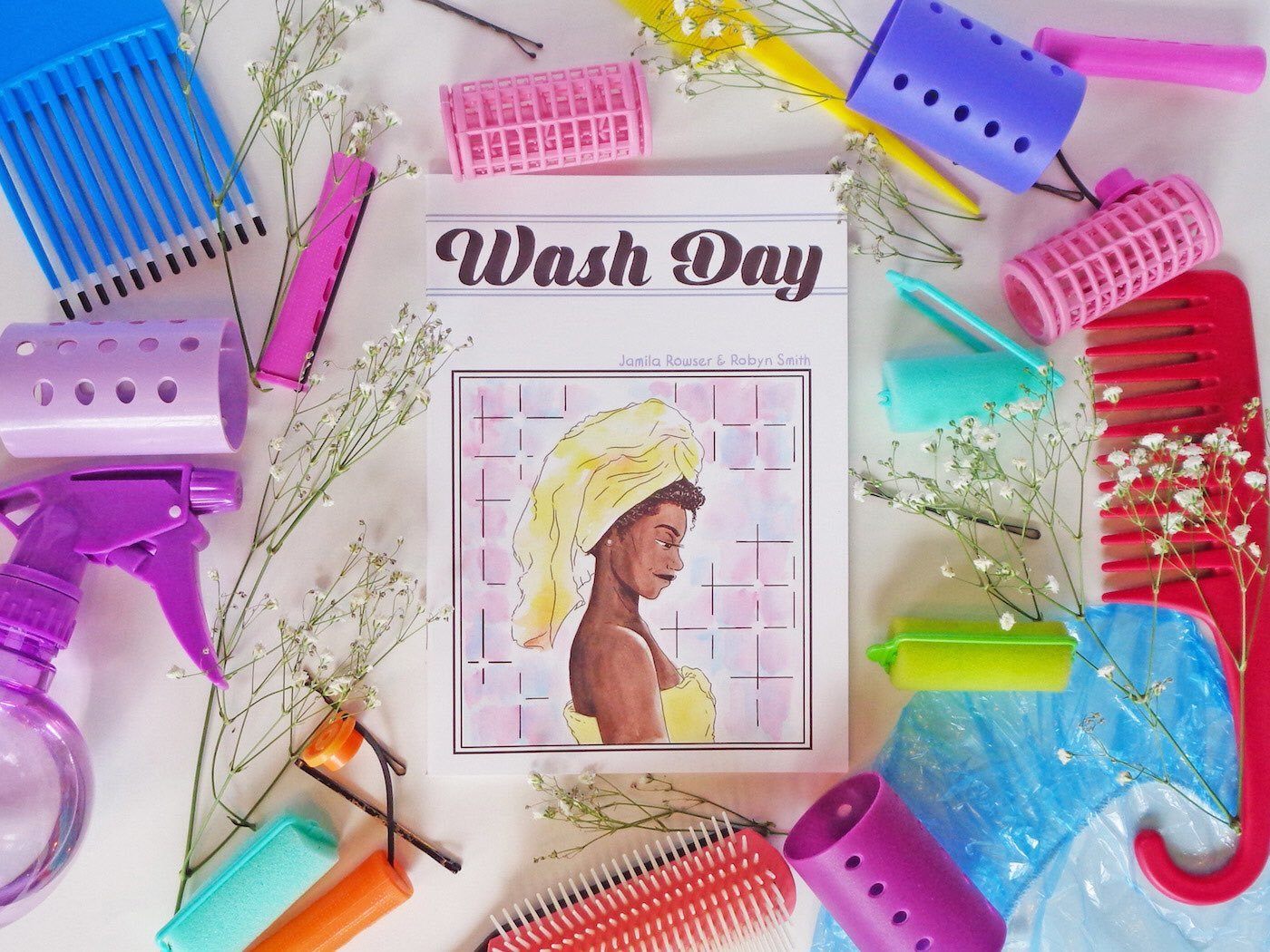 Wash Day popped on my radar thanks to its Kickstarter campaign that I wrote about previously. The 27-page story was written by Jamila Rowser and illustrated by Robyn Smith, with script edits by J.A. Micheline. It follows Kimana, a 26-year-old woman living in the Bronx, as she cares for her long, thick hair. As Kim goes through her Sunday morning rituals, readers experience the highs and lows of her day — fresh coffee, rising rent, girl talk, and catcalls. It is a welcomed addition to the growing world of indie and alternative comics taking up real estate in my heart.

“Wash Day is a slice-of-life comic that pays tribute to the beauty and endurance of Black women and their hair.”

Wash Day opens to Kimana waking up one morning after a night on the town, taking a look at herself in the mirror, and after messing around with her hair saying “Alright. Time to wash you” 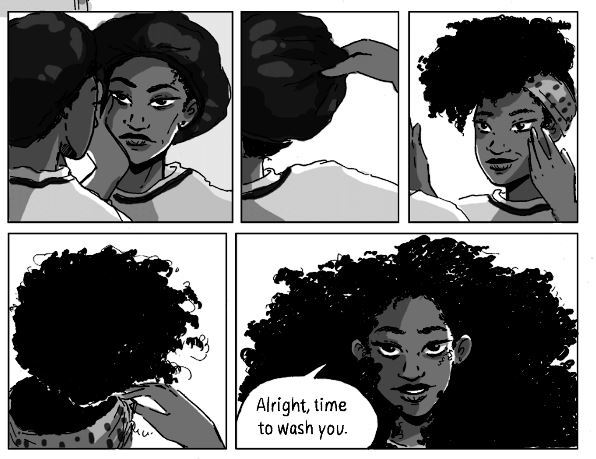 From jump, Rowser has penned this story to have this air of familiarity that I instantly connected to. This is a slice of life genre narrative that is more or less a “Day In the Life Of” a Black girl. Seeing Kimana put in work while in the shower and detangle and comb and apply product to her hair isn’t something commonly seen in comic form when you think of Black women in comics. Not something you see routinely in mainstream comics at least. I’m always here for authenticity when looking at representation of Black girls and women in the media I consume, and this is an accurate one and great to see.

Seeing Kimana walk through her neighborhood, seeing folks outside at a table playing dominoes or cards, seeing the small talk she exchanges with the folks who work at her favorite corner store and hell–even seeing the dudes who have nothing better to do but take up space and catcall–makes it a comic I’m glad to have and glad to re-read.

You may ask what risks are taken, who the villain is or what ante is raised and honestly there are none and that’s fine. It’s not saving New York City from invading aliens. It isn’t figuring out how to stop a moody team member from trying to merk another in the rain, but it is what I want. Seeing Black girls shoot the breeze, start on their hair, and go see their friends can be just as exciting for me many others. 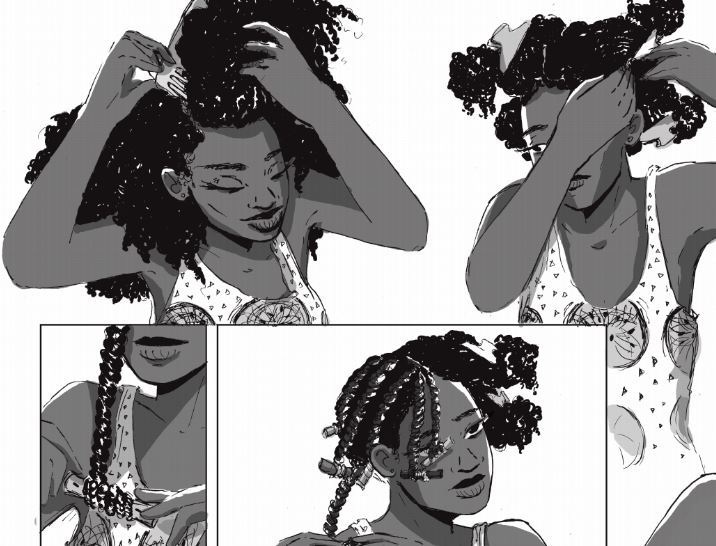 There is something revolutionary in seeing Black women drawn, written, and arranged by Black women in a medium where we aren’t traditionally centered or catered to.

I love Smith’s black and white toned art style and the kinks and curls of Black hair especially look fantastic here. The neighborhood we travel through with Kimana looks like mine. Smith is on point with the facial expressions from the comedic ones to the more serious.
Kim’s look when eyeing Malik’s good morning text on her phone upon waking up is one for the books.

Micheline, aka JAM’s, as the script editor, fines tunes the dialogue, and it doesn’t go unnoticed. I think many people don’t think of all the work that goes into making comics beyond the writer and the artist, so a job like JAM’s might be seen as one of the many invisible jobs in the comics/ comic book industry. Editing and refining the words that characters think and say is super important. Her work on this project in her own words, “conveyed the physical effort of this self-identity and self-love and taking it hand in hand with the quiet parts of many Black women’s lives.” None of the dialogue sounds forced or awkward. It’s me and my girls when we’re out. It’s my womenfolk only g-chat.

The creative team’s dedication on the first page is a powerful yet lovely gesture, because Black girls do live in a world where we are often invisible. Other times we have to navigate a world where we, along with our hair, are a joke, a punch line, or something to be copied and appropriated. It left me in my feelings on Twitter.

9.9 Sitting On The Couch And Shooting The Breeze With Your Bestie Out Of 10

Missed the Kickstarter campaign and want a copy? Check out the online store here. for physical copies of the comic, and the digital copies are in both English and Spanish (shout out to translator Joamette Gil and editor Desiree Rodriguez) thanks to sketch goals from the KS campaign!

(While not what I would categorize as a comic for mature audiences, Wash Day does contains some nudity, profanity, and marijuana use. Be mindful of this if considering purchasing for minors. While not quite for YA audience, if you’re manga genre knowledgeable, I’d consider this to be for the Josei manga audience.)