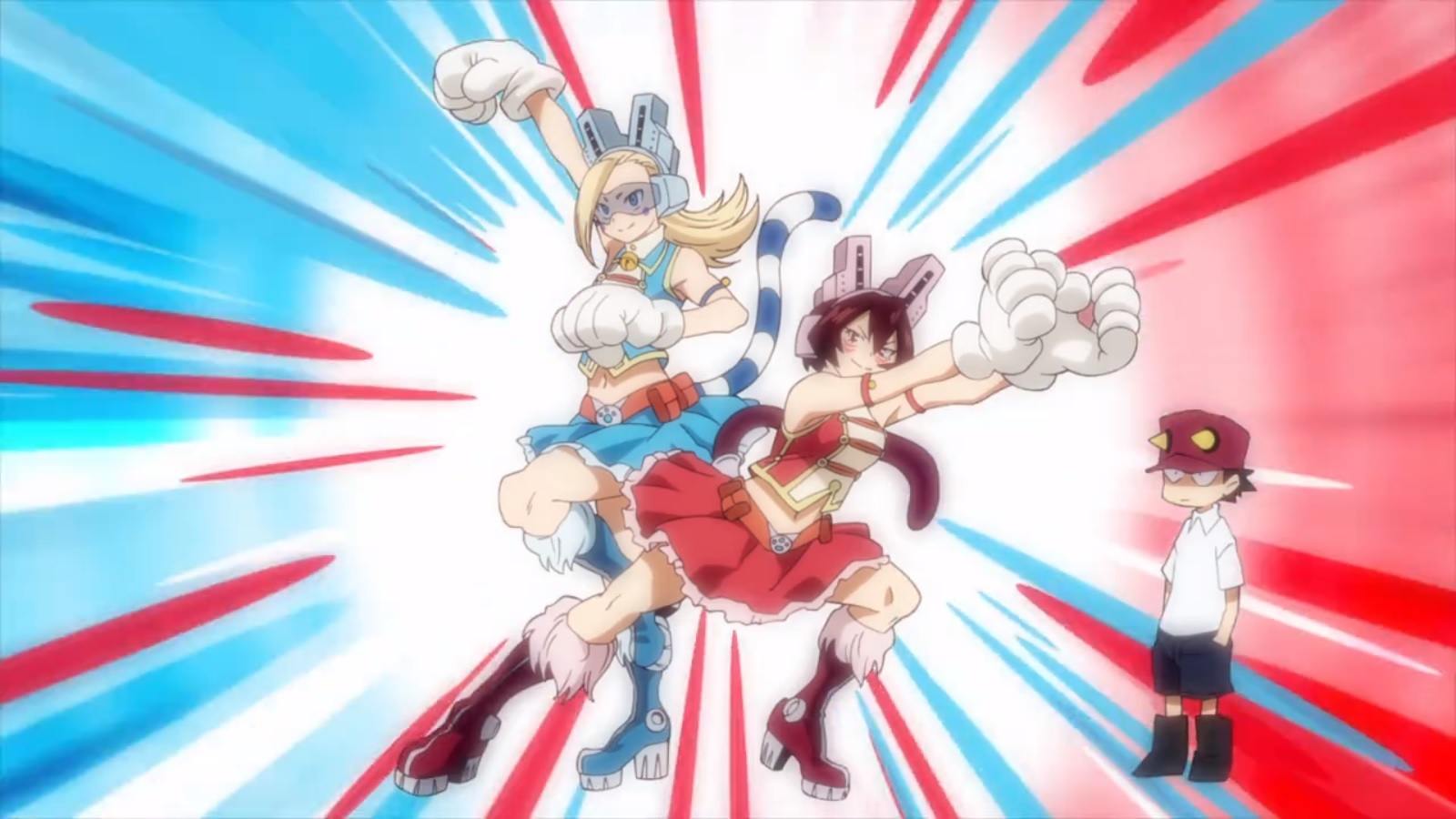 Last week, My Hero Academia returned with a clip show which left many fans underwhelmed. But now, the moment we’ve all been waiting for: the return of the plot!

The episode opens with Shigaraki and Kurogiri doing what they normally do- a whole lot of nothing. At this point Shigaraki is feeling like wasted menace. He’s been set up to be the antithesis of Midoriya, a young man inspired by All Might, but to do evil instead of good. Yet with the exception of the USJ incident at the end of Season 1, all we’ve seen Shigaraki do is pout and talk about being evil. We need to see him start acting (and don’t @ me with “But in the manga!” This is an anime review, folks).

For our heroes, the first semester of UA High School is in the books, but there’s no rest for Young Midoriya and the rest of class 1-A. Eraserhead informs the students that they’ll be heading to summer training camp for further training. They arrive far short of their destination and are introduced to the pro heroes who will be conducting their training: Pixie Bob and Mandalay of the Pussycats, and their cousin Kota.

The Pussycats surprise the students of class 1-A by throwing them without warning into the Beast Forest and forcing them to make the rest of their journey on foot. The students come together as a group, and we see a good action sequence where the powers of each student in class 1-A are featured.

After five grueling hours of combat and travel, Midoriya and friends finally arrive at camp. The episode goes into fairly standard dinner and hot spring scenes (seriously, are hot springs this common in Japan?) which are made more enjoyable by some very funny moments.

Despite the humor in this episode, season three remains mired in its slow start. If a clip show is the most boring way to kick off a new season of anime, then spending a lot of time on exposition for new characters is a close second. Pixie Bob and Mandalay are both bright and exuberant characters, but the focus on Kota and his paint-by-numbers tragic backstory further drags down an episode where not much happens. Eraserhead promises training so difficult that the students will want to die, so here’s hoping that episode three will pick up the pace.

One more thing- I talked about how the opening for season three measures up against the bangers we’ve already had. As MHA has increasingly relied on post-credit scenes, you’d better get used to listening to the ending theme as well.

It’s good, but not so good that I’m looking forward to sitting through it for relevant information. This week’s post-credit scene was to remind us that, yes, fan favorites Dabi and Himiko Toga are still kicking around. Perhaps we’ll get to see them do something soon.