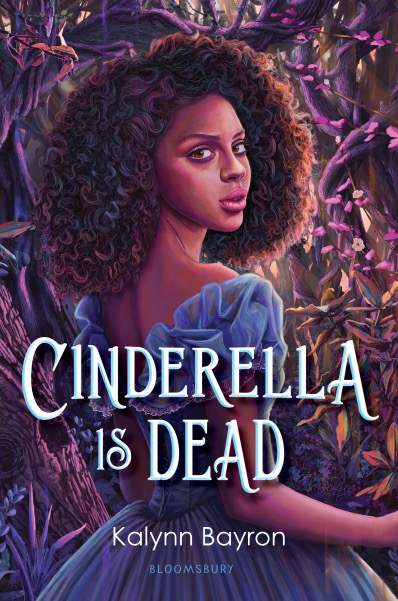 I remember hearing about Cinderella is Dead through the grapevine through YA Twitter and had my interest piqued. I love fairy tales and folklore and love to see new spins of them. Reading further told me that this book centered a Black girl named Sophia as the protagonist in a book with an elevator pitch of “Girls team up to overthrow the kingdom in this unique and powerful retelling of Cinderella” didn’t hurt either. What followed was a well-paced tale of a queer Black girl who stepped out of place, out of line to ultimately bring down patriarchy that ruled her home and the girls and women of it.

“I don’t want to be saved by some knight in shining armor…I’d like to be the one doing the saving.”

The book wastes no time establishing the land and the awful kingdom that treats the womenfolk basically as second-hand citizens. Sophia longs for a time where social obligations for women set by the men in power means it won’t harm them, dismiss them, and leave them as powerless.

It’s been 200 years since Cinderella’s death. We learn that Cinderella’s life, marriage to Prince Charming, and death at a young age of 38 reveals that she married a cruel man who helped create the current climate that bears its tyrannical way of life over the people that treat women as mere pawns, not whole persons.

But Sophia wants a life outside of what’s laid out for her. Our protagonist is in love with her best friend Erin and is expected to be someone she isn’t: a doll, prettied up and on display at a ball chosen at whim by some random man whom she has no attachment or love for. That she has no choice in the matter; for life as a wife to some fellow with no guarantees for protection for her in and no way to dissolve such a union.

I breezed through the first half of the book, but some missteps made the second half a little hard to read through. Sometimes it was when the plot was a little too thin, a big reveal of a major character fell flat, a trip to back to the village incognito for closure baffled me and distracted from the overall narrative and so on. But the ending was solid. Hopeful and dare I say it? A Happy Ending.

Despite the weaker second half, I was still eager to read on and the book captured my interest very early on. The overall message in the narrative of not being silent and choosing to be brave and stand up against injustice as a young woman rings true. And that message carries to the very last pages.

“All fairy tales have some grain of truth. Picking apart that truth from the lies can be tricky, though.”

This means standing up for the right to love who you want, have some say in those who represent you and others in higher offices and positions, protect those who are vulnerable and bring justice to those who were wronged. While I wished the second half of the book was a better compliment to the first half, I am reminded of many small moments that made the book shine. I am reminded of conversations both hushed and ones yelled that revealed the characters in a new light. I am reminded of pages that made me so emotional, I had to set down my kindle and hold my heart in my hands.

Cinderella is Dead, while not perfect, brings home a message for those who love to read girls as captains of their own ship, as the heroes of their own fairy tales.

It is a book that steps out, daring, with a protagonist who is equally daring who yearns for more, a better life and freedom. She stands against an enemy that is more than flesh and bone–with ideas and privileges that keep certain persons under the thumb, oppressed.

This is a novel that illustrates how women young and old can be undermined by each other in the fight to do what’s wrong and how they can once, again work together to right that wrong and make the future a better one.

Kalynn Bayron manages to breathe new life into fairy tales of old for YA audiences who want more queer, Black girl representation who want their own happily ever after and work hard for it. While not the strongest offering of the current wave of YA, it is nonetheless an inspiring spin and a memorable, timely read.

Kalynn Bayron is an author and classically trained vocalist. She grew up in Anchorage, Alaska. When she’s not writing you can find her listening to Ella Fitzgerald on loop, attending the theater, watching scary movies, and spending time with her kids. She currently lives in San Antonio, Texas with her family. See more of her on her personal website and on Twitter.