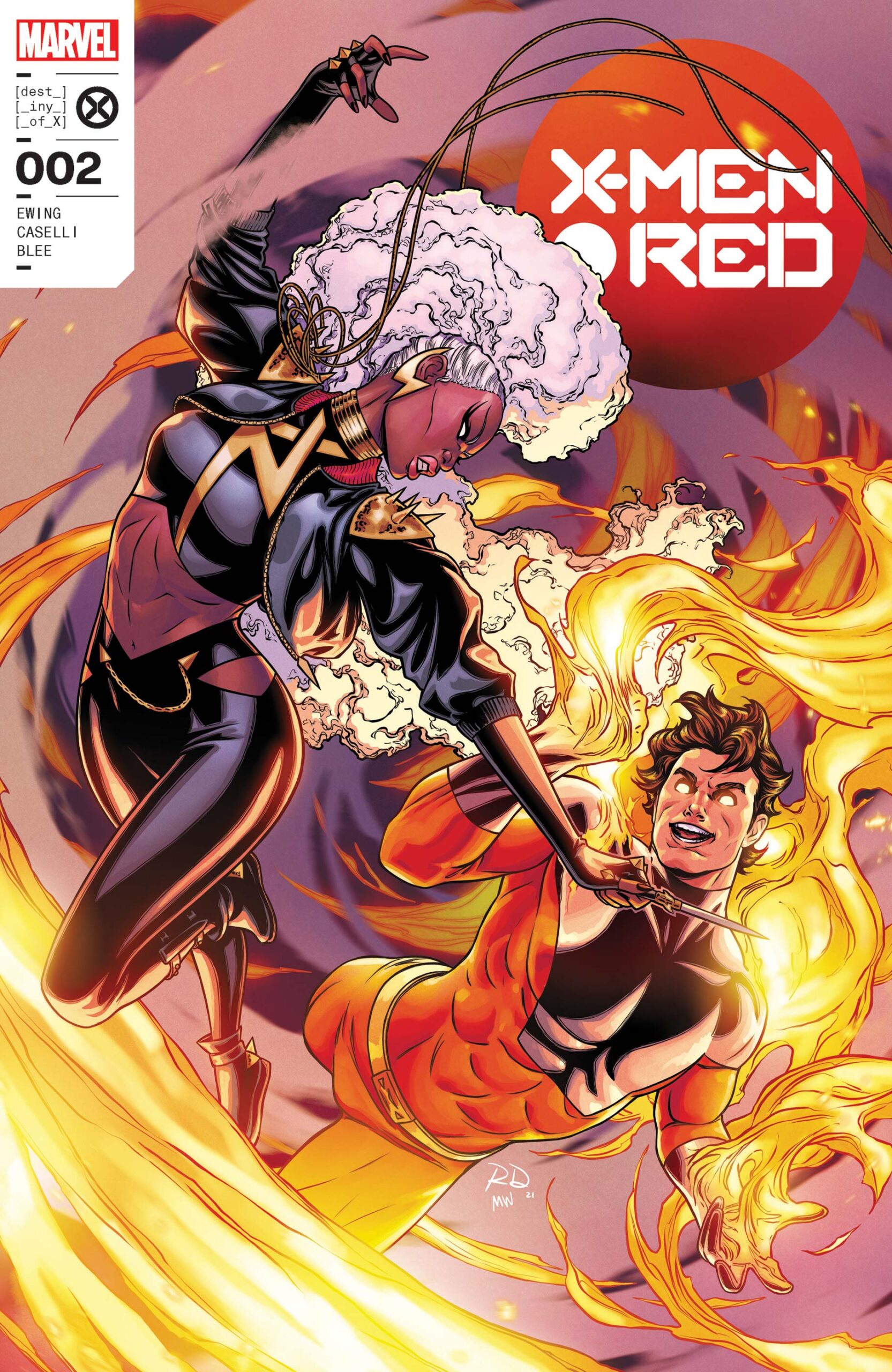 It was basically X-Men release week with all of the dope mutant content that was put out on Wednesday. X-Men Red set itself apart by upping the ante after their hot start, diving into some scarcely touched on mental issues, and allowing its characters to be unfettered versions of themselves. The latter two being warring sides of one mutant, making for even more intriguing Summers’ family content.

Vulcan gets the feature of X-Men Red #2, and it’s Al Ewing doing an absolutely marvelous job of painting a picture of a man’s mental state and how he deals with the unwelcome helping hands reaching out to help him. It’s a great fantastical take on mental health that I’m not confident could’ve been pulled off if Hickman didn’t lay out the blueprints and Ewing erect the full story.

Sooo, is There an X-Men Red Team or Naa?

I kid, but not really. If you’re anything like me, you might have been under the impression that the cliffhanger introducing the new Brotherhood at the end of X-Men Red #1 (more on that later) was going to be the only major team that we get blessed with in the series, but you’d be wrong!

Abigail Brand, ever the intergalactic opportunist, picks up the scraps of the most recent Vulcan expulsion of emotions energy, and I continue to shake my head how easily she is finessing the entire island nation and their leaders. But let’s not give her too much credit just yet, as there is always the possibility of Emma, Charles, or Jean being aware of her shady moves and preparing for an eventual counterattack. But back to the focus at hand.

There’s an interesting new team of X-Men on the planet, and, if I’m keep it a hunnit, they didn’t seem too thrilled or convinced of this new role…at least as far as Manifold is concerned. Shout out to Ewing for utilizing this aboriginal mutant to call out the imperialistic mindset of their fearless leader, Ghengis Brand. It’s rare to see writing so on the nose, but Ewing been had the sauce and continues to remind us why.

Brotherhood of Arrako is Born

Digging into his bag of creations, Ewing brings the Progenitors back to wreak havoc on Mars and set the stage for the final arc of this book. X-Men Red is called on to show what they can do but in the end, it was all a test. A test with a extra credit question that is nigh invincible. What do you do when another team containing 2 Omega level Mutants shows up and stunts on your whole squad? You recognize your inequality and let them handle the threat and get casually put in your place by the most formidable woman on the planet (save, maybe Isca).

I really enjoyed the writing pace, surprises, and action of X-Men Red #2. Stefano Caselli creates some beautiful artwork to accompany the script that doesn’t disappoint. The Progenitors look cool, Storm continues her punk rock badassery, facial expressions stay on point, and the landscapes of Mars and space all look right. I’m excited to see how Tarn will play a role in the upcoming books, after seeing what he can do in that battle with the Regent of Sol. X-Men Red is certainly one of, if not the most exciting new X-Book on the market.

8 Vulcanic Explosions out of 10