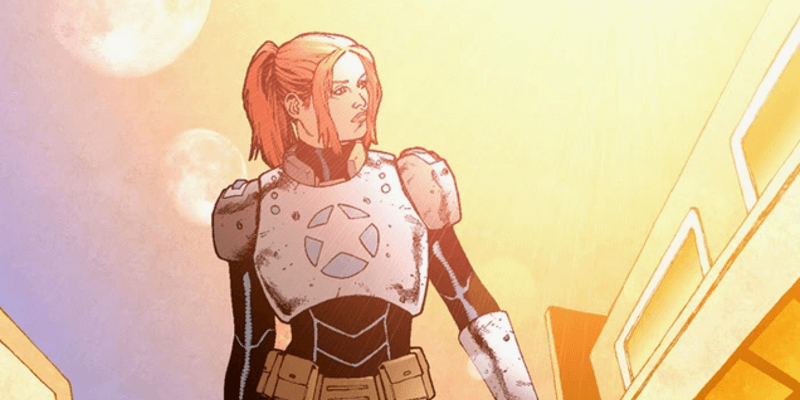 1.) It’s a comic from the devastatingly great Image Comics Lineup. You will NOT lose messing around with Image Comics. It’s a win win for everyone involved: we read great comics and the fine folks making all our faves retain creator owned properties, as in they make and publish their material without losing their characters by giving up the copyrights to them. At this point in the game I would not DARE call Image the underdog in the comics fight–they are one of the largest comic book publishers in North America.

2.) Not your average main character here, which I deem is fine. Come out of the box where every hero/ main character of the story is a in-the-prime-of-his-life, straight, white guy who may or may not have stumble on his face. Who IS our protagonist here? Who is on the first cover straight stunting in uniform with a scowl on her face? Sheriff Clara Bronson. Female Sheriff to a new town on a new planet  who also happens to be a single mom. Boom. This is actually something I’ve seen in several of many titles–female protagonists (Shel from Low, Hazel from Saga, Destiny from Genius), significant numbers of women as major and minor characters (all the many women we have yet to learn about from Bitch Planet–although this also doubles in the first category) or teams of female characters painting the town red (The Rat Queens, the mother freaking Rat Queens). Plus also served up in some of these titles and some others, are women of color and queer women as well. 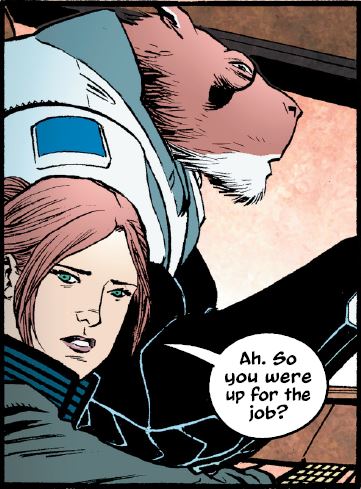 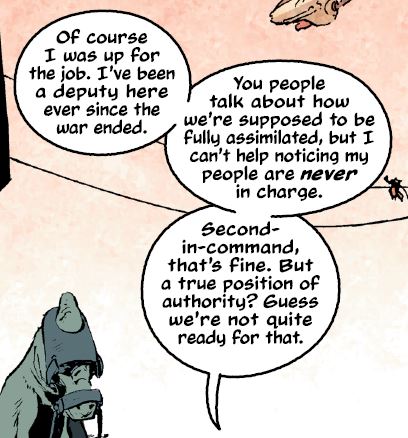 So, really what are we really  talking about  here?!

4.) This Righteous story going on here. Each issue adds an additional chapter of the story: each issue presents new characters and a dynamic drop in the grey area of morally who is a “good” or ” bad” person. Sheriff Bronson is seemingly a good person, right? An outstanding person who takes on a job fit for someone who has a good moral compass, right? She’s very vague in answering why she came to such a backwater planet in the middle of nowhere. It’s evident that she’s hiding something but what if it’s more sinister then you can imagine? There’s several other characters that when first introduced in this comic you’ll  scratch your head at trying to figure out: a doctor who is found drunk at a bar when emergency medical care is needed on an injured citizen who doesn’t shy away from the fact that he may or may not be at different levels of intoxication when seeing patients on  regular basics. A solider used for war who readily admits that since the fighting is over, he is looked down upon and readily blamed for a lot of society’s ills–But he may be caught up in a recent homicide that will paint him as the culprit. Four issues in, we haven’t even scratched the surface of who these characters are, what truly distresses them and what drives them.

5.) Did I mention this comic is a “science fiction western”?  Space.  Outer Space.  Think of the  film, Space Balls, which is a parody of Star Wars trilogy, also set in space.  Stepping outside the “space western” genre but not the science -fiction genre are even box office duds like Disney’s Treasure Planet, Square Enix’s Final Fantasy:The Spirits Within and  20th Century Fox’s Titan A.E. Those had great elements in the way of adding bits and pieces of thrilling action and technological advances.  More “sci-fi western/space western titles include the Battle Star Galatica and Firefly franchises, which both have had varying degrees of commercial success but have fan bases that definitely have longevity. What else? Guardians of the Galaxy? Described as a “Space Opera” (which is close enough) , did fantastic in theaters this year. Truly one does not need to trek farther from the vision of Gene Roddenberry creator of the iconic Star Trek franchise who saw the original series as a type of Western set in Outer Space and marketed it as a “Wagon Train to the Stars”. So what am I saying here?

Copperhead,  while falling into the “science fiction western” category is unique in its own way. It  most definitely falls into a category of awesomeness and is a ride to the stars, to a planet  you should take. Go Forth And Read it. 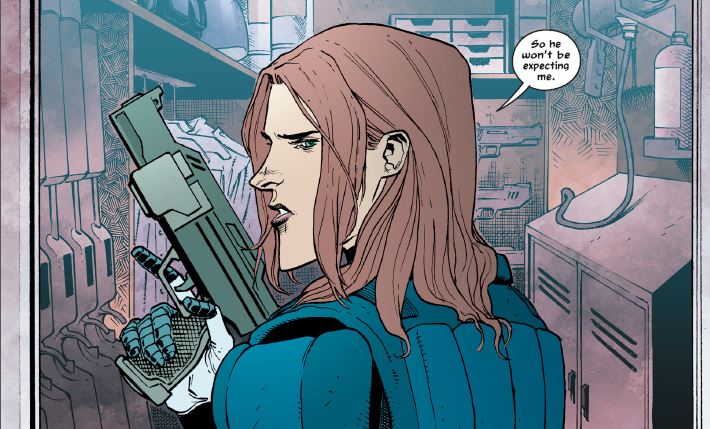