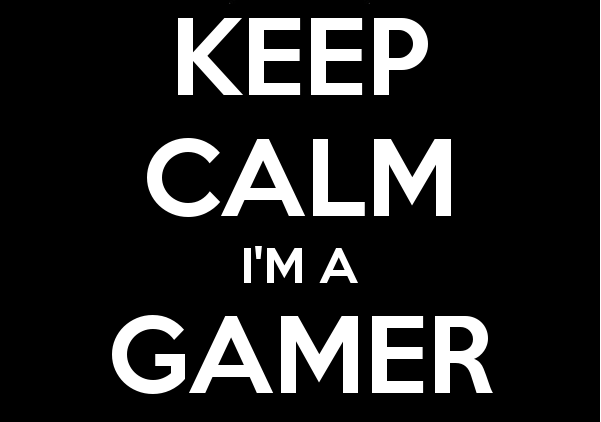 Being a gamer isn’t just a matter of owning a few games and occasionally entertaining yourself in downtime, it’s actually something that is a part of your moral fiber and often is the motivation behind many other aspects of your life wherein you’ve either succeeded or failed. Gaming is as important an aspect of our character as racism is to being a racist, it is who we are and we celebrate it every chance we get. Here are a few notes on whether you go hard for the cause or if you’re just a window shopper when it comes to living this here brand of thug life:

You Ensure Access To Your Games On Every Device

Every gamer has to have a contingency plan. Just as I’m sure you won’t catch Bear Grylls in the middle of a jungle without a camera crew to film all his awesomeness as he pisses on himself and eats bugs in the name of survival, so too will you never catch a down ass gamer without access to their compendium of games. We visiting grandma this weekend and got a 6 hour car ride ahead of us? Betta’ have that emulator installed on the Android. Ain’t no way you’ll catch me trapped anywhere tryina’ deal with my inner thoughts and welling up with depressing emotion cause I don’t have access to at least one game that’s gettin’ the treatment right about then. Real gamers do whatever they have to not only to have access to gaming greatness to pass the time that usually is used for self loathing by lesser people of the world, but also game saves. You’d better invest in that $10 a month for 1TB of cloud storage from Dropbox and sync them game saves because the only thing worse than not having access to your gaming library at any given point, is not having access to your last save point and being forced to start all over with your low level ass after you’ve already gotten into the swing of a game.

Your Gamer Tag Carries More Weight Than Your Resume

Ok. I’ve been an IT Engineer for over 10 years now and I’ve carried titles as lowly as Assistant System Administrator to brighter moments in my career as a Senior Systems & Network Admin and IT Manager. So this is not a situation at all where my resume is just some throwaway list of things that I think I’ve done in my career; I’ve worked hard for that street cred and it’s served me well. But that gamer tag, doe? That’s a different story dawg. I used to be a semi-professional gamer way back in the days of Quake 1 and Quake 3 Arena and even today when I go back to those games or if I’m playing something else and I happen to find someone who used to play those games, the mention of my gamer tag ‘silence’ (more appropriately [D3M] Silence cause I rep that Team D3M that I founded way back) rings out in way more reverence than my resume ever could. Just the other day I was perusing through some Quake 1 forums where the old heads still hang from time to time and came across one cat’s greatest Quake 1 Clan Arena players ever and who else but ya boy silence aka sil aka DM3 Abandoned Base Water King is on the High Ping Bastard list:

You Stay Looking For Gamer Colleagues

You know when you get that new job and you trying get acclimated and you’re sizing up all your coworkers to see who’s an ass and who you can actually kick it with? It’s kind of like walking into any room full of people and your eyes darting all around looking for people of color so you can get the head nod and slowly make your way closer to them cause let’s be real, shit just feel safer than to be flanked on all sides by white people. That’s exactly what gamers do every time we get a new job. You gotta weed out those gamers on the first day and find out who’s down for the real rap raw shit. You keep a keen interest in their lives and you to make yourself available to them every time some new hotness drops so that you can discuss it openly and side eye anyone who try to interrupt your conversation with some actual work related shit. These ain’t the colleagues you deserve, they not the colleagues you want, these are the colleagues you need so that you don’t go ape-shit on every lazy ass slackin’ mofo who tryina’ pass off responsibility to you like you the only cat that ain’t got nothing to do.

Colleagues Who Are Gamers Get the VIP Treatment

Now I’ve mentioned that I’m an IT Engineer so I’m in the service business so it may be more prevalent in line of work and the fact that I have direct access to almost every coworker on some level. On the real, if you’re a gamer you get that red carpet treatment every time. Without fail, it’s pretty much an extension of the head nod just to say, Ayo, I respect your life and everything you stand for. Keep leveling up my ninja. And most of the time this isn’t even something that happens consciously. It’s just simply a matter of gamer DNA being a completely rare commodity in the workplace needs to be treated like Riddick being the last Furyan in the Universe. You need that new graphics card for rendering on your rig, my ninja? You on the top of that list. You need the hookup on that super fast WiFi? Well follow me into this dark room if you please. Hell, you need me to fix a goddamn paper jam for you even though that shit is beneath me? I’ll hook up a fucking copy center for your ass and be crip walkin’ the whole time I’m doing it.

You Work In Order To Pay For Your Gaming Life

This is the number one coping mechanism for gamers across the world. Had we the choice to sit in front of our preferred gaming rig and waste away while life passes us by, well bring on the wasting away. Alas, we do have to maintain certain appearances and more importantly pay for new drops, latest DLCs, subscriptions, memberships, high speed internet… The life of a gamer can be quite expensive depending on how hardcore you are into being up-to-date on the latest hardware, software, and new titles. This is where a career comes in handy and plays a pivotal role in sustaining this insatiable vice of ours. This is actually one of the only reasons for a gamer to pursue a stable career and keeps it close enough to the top of the list that it can sometimes intrude into our gaming life just so that we don’t squander that stability that allows us to be comfortable gamers in the first place. To those gamers our there who’ve made something of themselves and a big motivation behind it has been to support your gaming habit, I salute you and your commitment to leveling up.