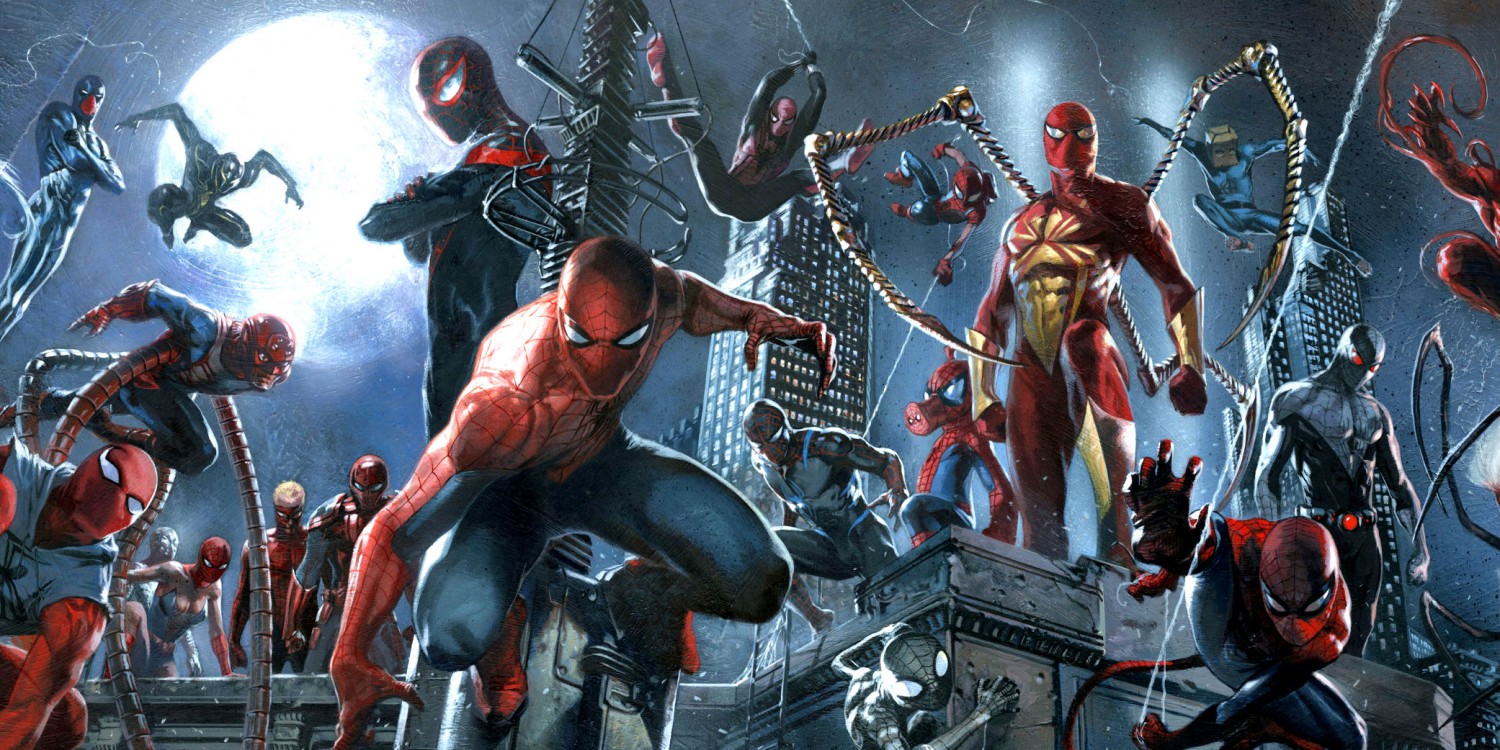 Ah, Sony and the Spider-Man franchise. With Marvel in charge of a successful Spider-Man reboot, Sony has been free to explore the other characters under the Spider-Man label, spinning them off into their own solo films. The first of which, Venom, makes sense because of the character’s popularity. And despite the quality of Venom (Venom is trash, and it’s okay to like trash, just admit it), the character’s solo films have been successful. Spider-Verse also snuck onto the scene with a great interpretation of Miles Morales, giving him the shine he deserves.

After the success of both films, you would be right to think that Sony would hit the ground running with other well-known Spider-Man characters or storylines. No, let’s just say their choices…have been less than ideal. The other films being greenlit by the studio are head-scratching, to say the least. Morbius is, well, a choice. Don’t even get me started on the Madame Webb, Kraven the Hunter, and JACKPOT??? What are we doing?

While Sony’s superhero endeavors are limited to characters associated with just Spider-Man, we can do better. Hell, I can do better. So let’s do their job for them and list five spinoff films better than the dumbass ideas Sony’s been wasting their money and our time on.

This one is a no-brainer. In fact, it should’ve been the first spin-off film right after Venom. Miguel O’Hara, aka the Spider-Man of 2099 made the superhero in a not-so-distant cyberpunk future popular way before Batman Beyond. Spider-Man 2099 sees Miguel take on the mantle of Spider-Man and gain powers after an attempt on his life by the evil megacorporation he used to work for. His powers are similar to Spider-Man with a few differences that make him very interesting. In fact, I’m crossing my fingers that Miguel’s first major on-screen appearance in the Into the Spider-Verse sequel gets more eyes on the character, though it shouldn’t have to.

Spider-Man 2099 basically sells itself. I’m mean, it’s Spider-Man…in the future. The concept alone would make for one of the more visually interesting superhero films out there. A cyberpunk world doused in bright neon lights, tall skyscrapers that reach the sky, and a fun futuristic twist on your favorite Spider-Man villains. C’mon son. Also, Spider-Man 2099 helps Sony gives Sony exactly what they want. A somewhat darker take on Spider-Man, that can be completely separate from the MCU and one they have absolute creative control over.

The Superior Foes of Spider-Man

Okay, so the Superior Foes of Spider-Man is a lesser-known comic book featuring even lesser-known Spider-Man villains. Villains like Boomerang, Shocker, Beetle, Overdrive, and Speed Demon. They aren’t exactly in the supervillain hall of fame. In fact, it’s basically the B team of the Sinister Six. However, the story itself was pretty much a big hit with fans and took on a cult following. There is certainly the potential for a great heist film.

There’s a colorful cast of characters, each with a specific set of skills. A big heist involved major gangs and ulterior motives. Most importantly, the story is rife with betrayal and the chance for something to go wrong. Think Ocean’s Eleven and Reservoir Dogs but with supervillains. The story has all the messy dynamics that come with putting together a team of bad guys who can’t trust one another. Many have done a lot with less, and Sony even has a chance to have Spider-Man lurking in the background as one of the antagonists.

Now, rumors suggest that Sony’s secret Marvel project with Olivia Wilde could very well be Spider-Woman, but this is a movie that should have been in development a long time ago. Jessica Drew has always been a curious case and even though she shares a superhero moniker with Spider-Man, the two couldn’t be any more unrelated. While Spider-Gwen has grabbed the spotlight in comics, cartoons, and movies recently, Jessica has always been the first and premiere Spider-Woman on the block with plenty of backstory to draw from.

Jessica’s story would make the perfect spy movie as the character has deep ties to organizations like Hydra and SHEILD. If they played their cards right, Sony could very well have their own version of a female James Bond or Jason Borne on their hands. Spider-Woman is the perfect chance to play with the spy genre and add a little superheroic flare. In fact, it’s because of those ties to established MCU big bad Hydra that Spider-Woman could very well be the next project Sony and Marvel team up for.

Once upon a time when Sony announced that they would draw from the wide list of characters associated with Spider-Man, it seemed like they were off to a good start. While introducing Venom without Spider-Man was questionable, it made sense that they jumped the gun on the character in their own solo film. Another early project that made a whole lot of sense was Silver and Black, a movie starring popular Spidey characters Silver Sable and Black Cat. Once production stalled on the film, the project canceled, dreamt up as two separate solo films, and then reshuffled into a limited series.

Silver and Black is a project that should honestly be looked at again as a film. With two strong characters in the lead, there is a lot that could go right with this one. Black Cat alone is one of the most recognizable and popular Spidey characters around, and there are a lot of possibilities for a really fun film by pairing her together with Silver Sable. Just imagine a fun game of cat and mouse with Black Cat stealing something she shouldn’t, and Sable and her crew of mercenaries being hired to hunt her down. Or the two begrudgingly working together in a buddy action comedy in the vein of something like Uncharted: The Lost Legacy or 48 hours.

Anya Corazon aka Araña isn’t as well known as the rest of the Spider-related heroes but, in my opinion, she is definitely one of the more interesting members of the Spider-Man family. She’s better known these days as Spider-Girl and you may have even seen her pop up in the latest Spider-Man cartoon. Her debut and original solo series were short-lived but feature such a rich story that Sony could pull from for a new film. There is a good amount of world-building that involves magic, mysticism, and two ancient and warring factions. There is a lot to work with from the original comic book and much of it can be fine-tuned and expanded to work in a movie.

Anya’s world is filled with conspiracies and mystery. A movie where she travels the world, uncovering the secrets of the Spider Society and the Sisterhood of the Wasp while learning how to use her new powers would make for a fun adventure film. As Araña, she’s also a very cool character with an interesting power set. She’s comparable to your average spider-person that can stick to walls, has enhanced strength, speed, and reflexes. However, being a hunter for the Spider Society also gives her a kick-ass exoskeleton, making her bulletproof. If Sony wants to explore other Spider characters without most of them feeling like a copycat of Peter Parker’s journey, Araña is the way to go.

There you have it. Those are my picks for five Spider-Man spinoffs better than whatever the hell Sony is doing. What are your picks? What Spider-Man character do you think would make for a great film?