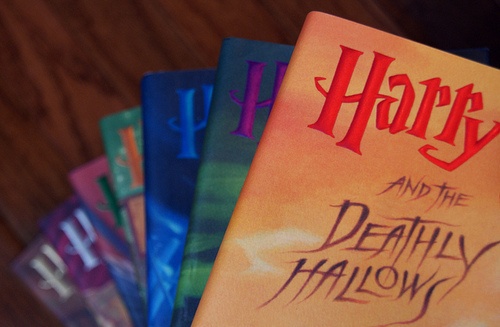 While the Harry Potter series has faded out a bit in popularity since the completion of the movie franchise, you can have no doubt about its lasting power, even with Black people, and we were reminded of its glory when Black folk took to Twitter with the hilarious hashtag reimagining Hogwarts as an HBCU.

I’m certainly not the Potter fan I was 10 years ago, but there’s still a tender spot in my heart for the magic, so I’m revisiting the series and providing my definitive ranking of all seven books, from worst to best. And it’s back to Hogwarts we go…

Yup, we’re starting at the end here, and in the words of Mal after the infamous Haven massacre, “I’ve seen so much death!”

Seriously, Rowling? You had to kill off like half of the main characters? I’m still glowering at you over here. And I’m sorry, but I was just kind of bored by the horcrux search (aka Harry, Ron and Hermione spend several chapters camping and arguing and having feelings, and oh, sometimes they get attacked). All of this culminates in the dramatic final battle, which turns out to be exactly as you’d expect it would. I mean, we all knew who the winner was going to be.

Sure, all of these factors contributed to the making of my least favorite book in the series, but the horrible pièce de résistance was the epilogue. You couldn’t just leave it alone, could you, Rowling? You had to tie it up in a nice little bow and have everyone get married and have kids and smile and wave on Platform Nine and Three-Quarters while touching music plays and a rainbow arches overhead? OK, so that last part was an exaggeration, but she may have well added it.

“All was well.” Yeah, we got that, Rowling. All was well except for the readers who wanted more than an artificial, overly sentimental ending to what was a pretty depressing and disappointing book. All was not well.

The hormones! Somebody please help all of the teenagers in the book, because puberty is happening, and testosterone and estrogen are just spilling all over the place. I can’t remember if it’s in this book or the one prior to it that Harry spends most of his time angry and yelling (Hey, Rowling, how about you lay off the caps lock?) and obsessing over Draco Malfoy. Either way, it just gets tiring after a while. I had enough angst in my own teenage years; I don’t need Harry’s on top of that.

[divider type=”space_thin”]
But this book also has Harry working with Dumbledore to find the horcruxes and figure out how to kill Voldemort. And there’s the most tragic death of all—that of the great wizard Dumbledore himself. By this point in the series, if you’re like me, you lost all hope and some interest in the story. Who’s Harry Potter without Hogwarts? And Dumbledore? A whiny, angsty teenage boy with a hothead friend, a know-it-all friend, a wand and a death wish, that’s who.

Book Five: Harry Potter and the Order of the Phoenix

If I wanted to read a book about extracurricular activities gone bad, I would’ve picked up Sideways Stories from Wayside School or Harriet the Spy. I know there are plenty of hip nerds out there with Dumbledore’s Army buttons and T-shirts and tattoos, but I just can’t get behind it. I really didn’t have much interest in their little club. I can’t decide whether or not to give this book points for Dolores Umbridge, who was a great antagonist (as a crazy, cruel sociopath) but raised my blood pressure a bit too much for comfort. The whole thing about Voldemort tricking Harry into taking his club on a little field trip to the Department of Mysteries—yeah, I could’ve done without it. It was interesting taking a peek into the Ministry of Magic, but I don’t get what the big fuss was about the prophecy. Couldn’t we have already assumed that it’s going to be Harry and Voldemort in the end and only one will make it out alive?

Oh, and SIRIUS! Why?! Couldn’t we have had him for a little while longer? You’re a murderer, Rowling. I hope you can live with yourself.

Of course the first one’s great. It is, really. This is before we get to all of Harry’s annoying hormones and feelings and definitely before all of the death (see above). This is the beginning of it all. Say what you will about Rowling as a writer, but you have to admit that she has imagination. Like Harry, we’re introduced to a whole new, fantastical world that any kid would love to join.

[divider type=”space_thin”]
Honestly, I wasn’t interested in the book when it came out. I was 11 years old (the same age as Harry—whose birthday is only four days after mine—in the first book) and had already developed a level of literary snobbery you won’t see in most people until they start taking expensive literature courses in hip liberal arts colleges. So I thought “Harry Potter and the Sorcerer’s Stone” was beneath me—and way too mainstream for my tastes. But my fourth grade teacher read it to us in class, and I was hooked by the magic and action, and once you were hooked by that first book, you just fell face-first into all the hype, buying all the products (I’ve had my share of Bertie Botts Every Flavour Beans in my day) and racing to the bookstore for that next book. I grew up with the series, as for the first few years, I was literally aging with Harry and almost felt a kind of kinship with these characters. It’s pretty astounding whenever a book can do that for you, and it all started with this one.

So why isn’t it higher on the list? Well, I never like to give too many points for novelty and nostalgia, which is a lot of where the appeal of the first book comes from. Plus, remember how Harry beat Voldemort in this book? Yeah, he didn’t even do anything. It was because he was protected by the power of love. Yup, even then it sounded corny. You know how far the power of love gets you in a street fight? Go ahead, try it. Let me know how that goes for you.

Book Four: Harry Potter and the Goblet of Fire

There’s plenty of sport in this one, as it starts at the Quidditch World Cup and the rest of the book focuses on the Triwizard Tournament at Hogwarts. I did really enjoy the competition challenges and being introduced to the other wizarding schools. However, here’s where the hormones begin. The romantic drama is a bit too high school for me, but I suppose it’s to be expected, because Harry is 14 in this one.

The real gem of the book is the ending, when we get the first real head-to-head battle between our hero and antagonist, as well as the first death in the series (that is, before Rowling got a bit crazy with that pen of hers, killing everybody off in the final war. No, Rowling, I still haven’t forgiven you for that). But the end of the fourth book starts what can be considered a darker turn in the series. Voldemort has officially returned, blood has been shed, and shit is just going to hit the fan in magical world, especially in terms of politics, dark plots and magical alliances. Book Two: Harry Potter and the Chamber of Secrets

This one gets a lot of cool points. It’s hard to resist anything called the Chamber of Secrets. Actually, just put “secrets” in the title of anything, and people will want to know what’s up. Closet of Secrets, Bed of Secrets (E.L. James’ next shitty romance novel, anyone?), Refrigerator of Secrets, Chest of Secrets, Cereal Box of Secrets, Used 1993 Volvo of Secrets… you get the point. But Hogwarts has this mysterious chamber that one of the school’s founders (the evil one, of course) built, and it has a monster inside?! Tell me that’s not cool.

The stakes are higher in this one, with students getting attacked left and right, and the action (the joyride in the flying car, first of many trips into the Forbidden Forest, the final fight scene) is more intense.

Oh, and the actual revelation of the antagonist in this book? Holy anagrams, Batman, it’s the dark lord! It was refreshing to me as a reader to not just have present-day Voldemort pop back up again in the end of the book as he is wont to do. This was a clever way to introduce the same antagonist who runs throughout the series in a different way. Plus, we get a peak into Voldemort’s past and are introduced to the horcruxes for the first time.

And this book also gets points for having Gilderoy Lockhart, the most useless teacher of all time.

Book Three: Harry Potter and the Prisoner of Azkaban

Yup, this is the top dog (long live Sirius!) of the list. I read my copy of “Harry Potter and the Prisoner of Azkaban” so many times that the cover had fallen off and a couple of the last chapters were legitimately hanging by one or two strings in the binding. The characters make this one great. Some of my favorites are introduced in this one, and on top of that, it basically turns into a murder mystery with plenty of twists.

Let me start with the dementors. This is the first time we’re introduced to them, and they’re terrifying and totally cool. (A bit too similar to the Nazgul, but hey, what are you going to do, Tolkien?) Plus, they’re antagonists that Harry has difficulties battling at first, because seriously, this kid can’t really do much, and yet he always manages to win his battles somehow. 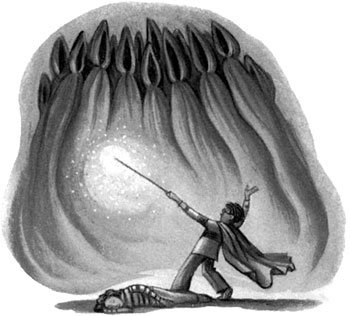 The raggedy new Defense Against the Dark Arts professor, Remis Lupin, befriends Harry and becomes a powerful ally for the future. Tragic, supportive, smart and reasonable, Lupin is one of my favorites of the series.

And then there’s Sirius, who looms in the background of the entire novel as an alleged mass murderer and the supposed betrayer of Lily and James Potter. But he turns out to be powerful—if not reckless—and loyal, and we discover that Harry is not as alone in the world as he seems. You mix in some animagi, some time travel, a Knight Bus and a gaggle of dementors, and you’ve got a really great book.