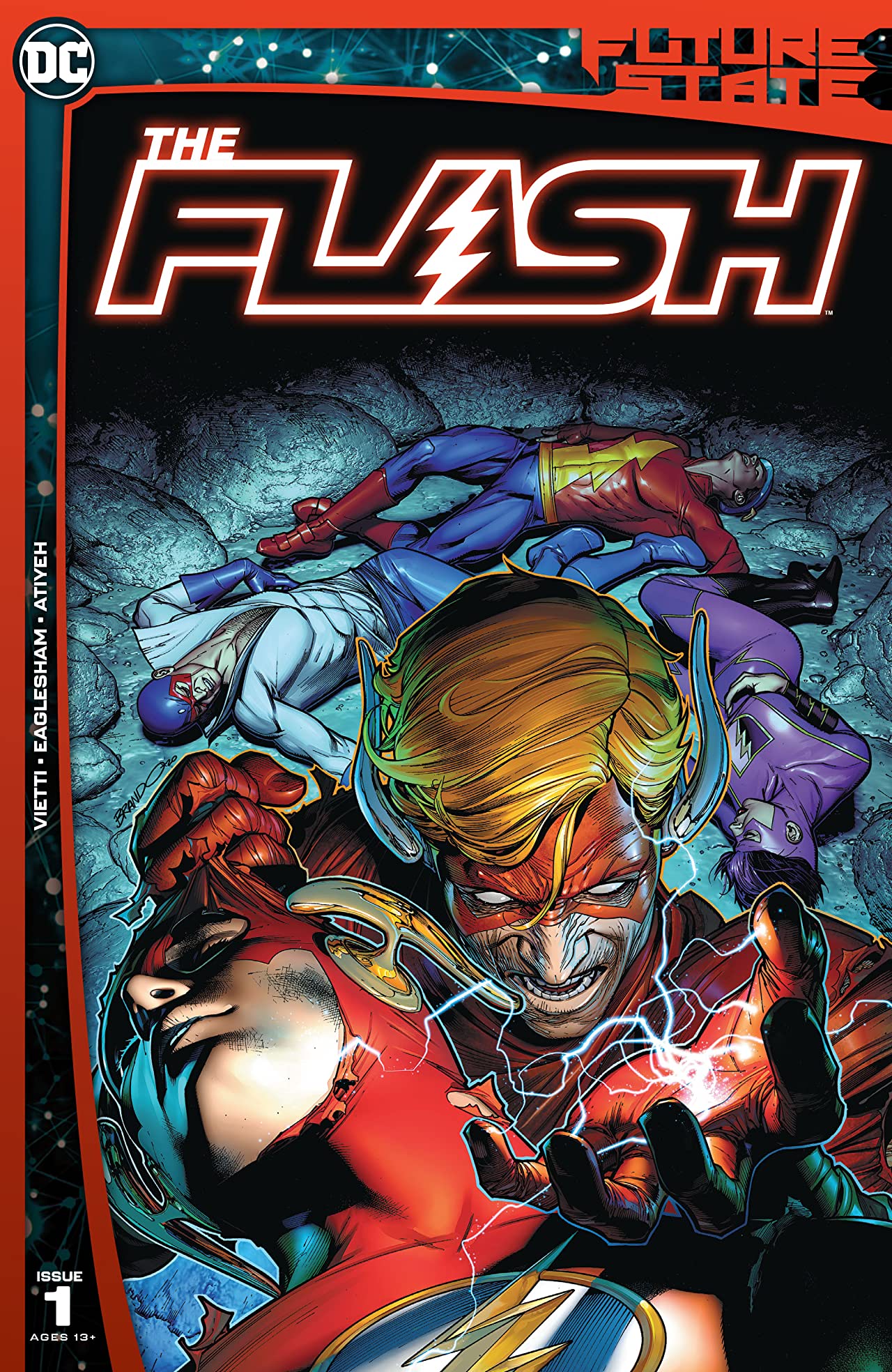 Future State is here, which means we get to finally see glimpses into possible futures of the DC Multiverse.

This issue follows a dude who runs pretty fast. You might know him as The Flash. But he’s a far cry from a scarlet speedster so far in this story, because my guy has lost all of his Speed Force abilities.

The issue opens with The Flash, Jay Garrick, Max Mercury, and Avery Ho as they try to steal The Thinker’s Thinking Cap.

Right off the bat, something feels off. They look beat up, they’re equipped with the high-tech gadgets of their rogues gallery, and they are moving around regular speed.

This setup was a pretty good hook that made me want to stick around to figure out why they were in this predicament.

We soon find out that something has happened to Wally West. He’s on a rampage of sorts, killing people, and stealing their Speed Force energy. Initially, there isn’t any explanation as to why this is, and we just see everything from The Flash family’s perspective. But it’s another mystery that makes you lock in as a reader. What happened to Wally seems like a question that we’re just always gonna have to ask ourselves. The most traumatic things always seem to happen to him.

The tone and art of the issue felt very 80s to me. But that also felt deliberate. I wasn’t mad about it either. There’s something about seeing Barry go on about Flash Facts that just warms my heart. I’m not sure if that has something to do with the characters at DC having the collective consciousness and memories of all their previous iterations, or just a choice that Vietti made for this issue.  But it worked for me.

I’m all in on this story. Depowered Speedsters using Cold Guns and Weather Wands to find a blood thirsty Wally West. It may be crazy, but I want more.

I have to keep myself in check and remind myself that this is the future, and only a possible one at that. I don’t really know what that means in the grander context of things. If these stories are plot points that we are gonna be slowly building toward for the entire few years or if they’re just throwing stuff at the wall to see what sticks.

Either way, I’m interested and excited to keep reading.

Future State is off to a solid start as the Flash navigates a future without the Speed Force while searching for an evil Wally West channeling his best Eobard Thawne impression.