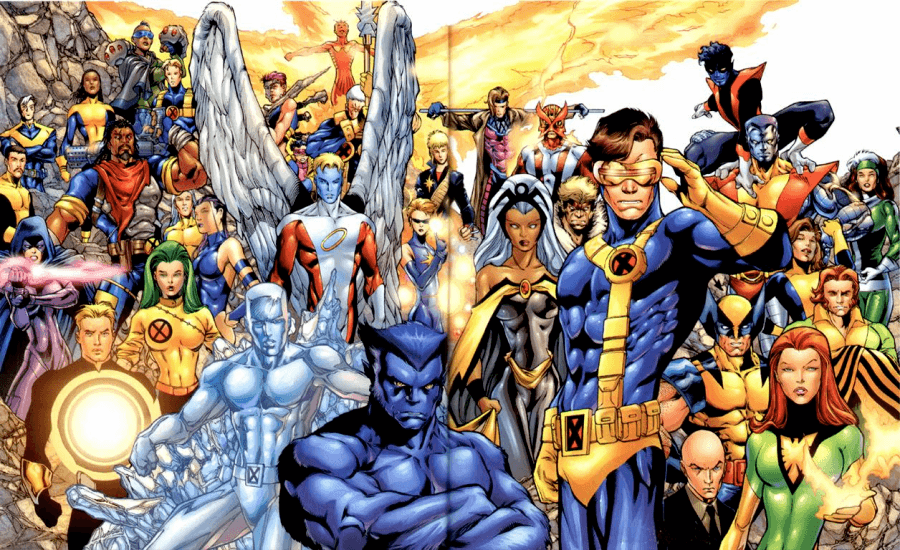 So, Marvel is in the process of crafting the future of their cinematic universe. While there are rumors about the Fantastic Four and the new Spider-Man film, what’s being kept the quietest is how the X-Men will be introduced. Whether it’s an upcoming surprise or a long way off, it’s a near certainty that Marvel’s mutants will not go ignored. So, if they’re going to go forward with this, there’s a few things we really need to address.

1). First and foremost, they need to realize there are more characters beside Wolverine.

Now, I realize this is a tall order for Marvel considering how much they invest in him as a franchise. Also, I consider almost 20 years of X-Men movies centering Wolverine to be a “reap what you sow” situation with the fandom. After all, fans spent the near-entirety of the 90s making such a huge deal out of this character, it was inevitable that he would become a major focus when it was time for Marvel’s mutants to hit the screen. But how many movies of Hugh Jackman and his immaculate hip-hop abs stabbing bad guys to death do we really need? They explained how Logan got his adamantium skeleton as a major plot point in X-Men 2….just to give us a whole movie re-explaining the same thing with X-Men Origins: Wolverine. And I shouldn’t have to reiterate the implications of rebooting yet another handsome, white guy lead in a film franchise that already has a history of being whiter than it should be. Look, we get it…Wolverine’s a cool character, so it’s unrealistic that we’ll never see him again. But we’re talking about a franchise that has at least 60 years of characters and backstories to choose from. Certainly, we can get a fresher changing of the guard from movie to movie.

The X-Men’s first field leader has been the source of decades worth of slander among the fandom. Granted, it’s worth mentioning that Scott Summers has had a much better reputation in the comics from the past 20 years. A murderer’s row of writers have had a hand in his rebranding over time, so it’s more than obvious he’s a worthwhile character. However, it’s the television and movie adaptations that really seal the defining ideas that make a good character into the collective consciousness. For example, it’s going to be a long time before anyone thinks of Iron Man without seeing Robert Downey Jr. in their head. That’s what a good performance in an awesome film can do for a character. Sadly, it’s had an adverse effect for Cyclops.

Decades later and the X-Men Animated Series that dominated the 90s is still the worst PR a Marvel character ever got. Between that and at least three films where his entire personality seems to revolve around Jean Grey and Wolverine, the character has become a bit of a joke outside of fanboys. And that’s a damn shame for a guy who has been training to fight giant killer robots since he was 16. For a publication whose bread and butter is representation for black characters, we’ve spent a considerable amount of time making the case for Cyclops, a white guy, being a worthwhile superhero. And the way the MCU masterfully rebranded Captain America proves that the “All American Quarterback, Born Leader” type has a willing audience.

3). Speaking of character overhauls, Jean Grey could use that MCU glow-up, too.

Aside from having Omega level powers she (sometimes) can’t control and being the object of affection for X-Men alpha males, can anyone name three defining characteristics or personality traits about her? This is certainly an issue the tv/film properties haven’t made any better, but they honestly only deserve some of the blame. With a small handful of exceptions peppered throughout the last twenty-five years or so, Jean Grey has consistently been one of the most underdeveloped characters the franchise has to offer. And considering that she’s a principal character every time she’s appeared on screen since the late 90s, that’s a pretty incredible feat. Again, this is yet another lily white character we’re talking about, but it’s a safe assumption that if/when Marvel introduces the mutant community to the MCU, Phoenix/Marvel Girl will be on the shortlist. And if we HAVE to sit through another rehashing of the Dark Phoenix story (unnecessary, yes, but also inevitable), then we should at least know more about her than we do about Pepper Potts.

4). The Black Mutant Delegation needs a stronger presence in the mutant community. Much stronger.

As far as the MCU is concerned, let’s take a quick head count of the black X-Men featured throughout the franchise. First and foremost, there’s the greatest sin of the X-movies: Halle Berry’s performance as Storm. The casting was lazy in its own way, aiming for the biggest star that would put asses in the seats as opposed to finding the best portrayal of the role. Then, there’s the dubious accent, the small handful of dialogue given to the character and, of course, the dreaded “Toad struck by lightning” line. The only other time we saw any signs of life in this character is in The Last Stand when she’s only given the responsibility of leading the team when Cyclops is rendered a weeping mess over Jean Grey because (see #2). When she is reintroduced in Apocalypse and Dark Phoenix, sure, she’s depicted as more powerful, but her presence is still not remotely as strong as her comic counterpart.

After Storm, the Black Mutant Delegation doesn’t get much more shine. Spyke made a brief appearance as Guy Who Gets Stabbed By Wolverine #2 in The Last Stand. Darwin talked a big game in First Class and caught a first round knock out from Sebastian Shaw. And Bishop got mauled by sentinels in Days of Future Past. Oh and there was Zoe Kravitz as Angel, a mutant Charles Xavier found in a strip club whose screen time ran at about the length of your average lap dance.

Theoretically, one of the great attractions of the rise of mutants all across the world is that they potentially come from all walks of life. However, when we look at the characters that receive the lion’s share of the spotlight, this doesn’t seem to be the case. And honestly, the MCU could make up for quantity with quality. If the mutants listed weren’t so non-existent in their overall gravitas, one could almost overlook how few ever seem to make it into the stories at all. Almost. After 20 years of movies focused almost entirely on white mutants that have been met with modest to milquetoast success….what does this B-/C+ film franchise have to lose? With projects like Black Panther 2 and Shang-Chi being fast tracked in response to the call for BIPOC representation, the best thing Marvel could do is use this as an opportunity to take the confidence they’ve earned from their audience and roll the dice on some fresh, darker-hued faces.

When it comes to the superhero genre, Marvel is the king of the mountain. If they want to stay king, I suspect they have to take this opportunity to lean into the increased calls for true diversity and X-Men would be a good place to plant those seeds.