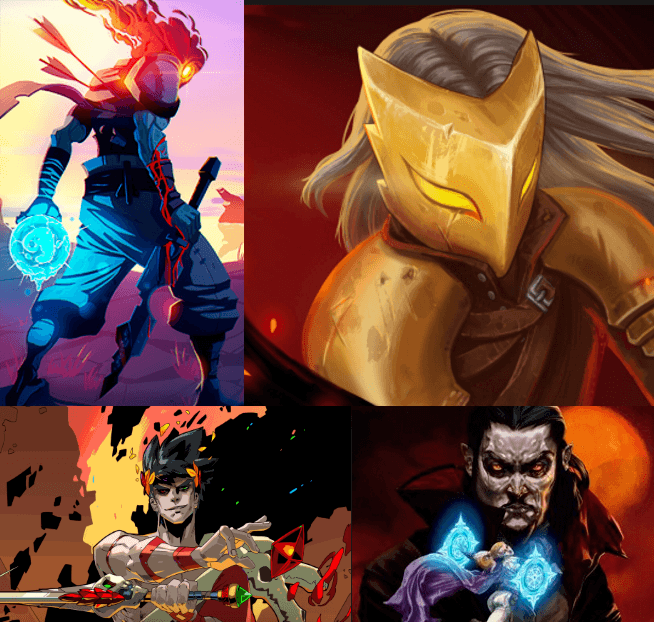 Welcome back to the start of another essay about roguelikes.

Are you honestly surprised that we have somehow managed to find our way back to the ever-looping genre? That the cyclical dirge of gameplay has once again begged itself to be written about? What more could be possibly said about a genre of games that is inherently centered around repetition? Is this intro just a clever metaphor for the constant deja vu that the genre evokes to create a flow state? How many times do you plan on save-scumming this thesis that “the roguelike is good and continues to be good”?

The short answer is when studios stop managing to innovate on the genre, which given the trajectory of the last four years, may actually be like a gaming’s version of Moore’s Law which dictates that every two years the number of transistors in a circuit doubles. So, let’s posit the Rogue’s Legacy Law in that every year, a new roguelike will:

Now we could go back and look at the entire history of the genre to try and see if it holds true from the inception, but in interest of time and sanity, we’ll just look at the last five-ish years at some of the most mainstream roguelikes that have captured imaginations and slowly created an enduring legacy for themselves.

In the quote unquote modern heyday of “Roguelikes” (modern being a very imprecise word for a wide variety of reasons, but it gets the point across), the first of these harbingers of Rogue’s Legacy Law is none other than Dead Cells. The 2018 Metrovania seamlessly blended the play/learn/die/repeat iteration in the 2D platformer as you control “The Beheaded” through a gauntlet of modular biomes to face a gauntlet of bosses, all while trying to balance your weapons and abilities in an ever-increasing hectic situation.

The appeal of Dead Cells was vested in the sheer amount of options presented to the player. With three different schools of weapons that all played into different builds that fared to varying degrees of success in the different worlds led to a mind-boggling degree of replayability. Motion Twin recognized how much the playerbase loved it and has provided a steady stream of DLC to keep the game in the forefront of the mind. The latest DLC is poised to bring even more fans back to the fold with a direct appeal to the Castlevania franchise that inspired Dead Cells.

2019 saw the Rogue’s Legacy Law applied to a genre I don’t think anyone quite expected with a deckbuilder. Slay the Spire is one of the most elegantly designed games and roguelikes I’ve had the fortune of playing and have sunk a minimum of a 1000 hours climbing and falling and climbing over and over again. With a simple starting deck and a single relic, you map your first path facing various critters with strikes and defends while drafting more potent cards as the difficulty escalates in a wide variety of ways.

One act you’re prioritizing front loaded damage just to be able to kill the tankier elites, while also trying to think about defensive options for the next, and juggling fitting in scaling for the longer boss fights. Each card and relic is individually intuitive and the beauty of Slay the Spire is the fact that there are so many synergies that emerge from interactions that allow you to reach unrivaled levels of power. Every single card-based roguelike you’ve run into is largely due to the cultural impact of Slay the Spire, and while the devs at MegaCrit are working on their next game, the board game garnered over a million dollars on Kickstarter within hours at launch.

The third horseman of Roguelikes will come as no surprise as 2020 unleashed Hades onto the world. Supergiant for years had been perfecting isometric combat with evolving weapon and ability archetypes. Bastion, Transistor, and Pyre all experimented with the foundational system, and Pyre toyed with the repetitive loop; however, Hades… Hades was something else entirely. In addition to its variable combat system with 6 perfectly balanced weapons that have resulted in the very odd occasion where no two people I’ve seen have had the exact same tier list, a boon system that allows for wildly potent builds, and the ability to reliably lean into replicating your favorite builds, Hades true pinnacle was that it was able to incorporate a meaningful narrative into the structure. Roguelike is not a genre synonymous with story. Lore yes, but story? Not truly. Hades flipped the script as the Sisphysian climb to the surface with social links, romances, and a beautiful story about Zagerus reuniting his family. And it’s no wonder that the Hades II announcement at the Game Awards had me yelling into various discords incoherently in all caps. It’s a shame for every other isometric roguelike to have to be compared with one of the pinnacles.

So finally, we come to the latest horsemen of Roguelikes, the one we haven’t talked about all this year and that is honestly a shame and a grave mistake on my part. But the latest entity to show the Rogue’s Legacy Law is none other than Vampire Survivors.

Between the early release in 2021 and the formal release in 2022, the exact annual component of my Rogue’s Legacy Law posit is a little off. However, anyone who has booted up the bullet hell knows that it’s just as addictive and innovative as its predecessors. Vampire Survivors has no right being as entertaining as it is. All of the particle and sound effects are pure Pavlovian responses as you loot classic weapons from defensive auras to directional projectiles. The simplicity of the maps belie how much you have to manage your path into literal endless hordes of enemies and explore to find various power-ups and coins to buy access to more tools. And then after a while, you discover that power-ups are capable of evolving under certain conditions, that there are so many more characters and weapons then you ever thought, and that the maps hold specific secrets if you can endure the onslaught. And if you’re just hearing about this for the first time, great news: the game only costs $5 on Steam, and there’s DLC on the way.

For the better part of the last five years, we have had a steady stream of roguelikes and the genre-modifier is certainly going through a Renaissance. We didn’t even touch on the precursors of the era with FTL, Risk of Rain and the Binding of Isaac. Contemporary games like Returnal and Deathloop or The Division’s Survival mode. Or some of the popular off shoots like One Step from Eden, Monster Train, Griftlands, and Inscryption. The fundamental principles of the roguelike manage to extend a plethora of genres with just a little imagination, and I eagerly await the next roguelike to lose a 100 hours too in 20-60 minutes at a time.