This is a weird one y’all. The last two Remender stories I covered were Low and Death or Glory, two very different stories that you couldn’t easily compare and contrast, but ultimately both were optimistic in a sense. Both were stories about perseverance in the face of insurmountable odds in which the protagonist made a perilous journey. And in a way, A Righteous Thirst for Vengeance has some similar energy although this particular comic is rooted in a much more brutal, violent energy.

The opening sequence of the comic is entirely devoid of dialog. We get an aerial shot of Vancouver, B.C. and are treated to lovely, picturesque scenes from André Lima Araújo. It eventually zoom into Vancouver’s Chinatown (which Araújo captured with a staggering decree of accuracy), and eventually we find ourselves with a glimpse of our protagonist.

Our protagonist is unnamed. Our protagonist is unassuming. Our protagonist does not say much. In the first act of the issue, our red hoodie friend barely strings more than two words together to form his sentence, and Remender lets Araújo’s visual storytelling carry the bulk of the issue. We don’t get many narrative footholds, only oddly placed details and tidbits of information, and most of our knowledge of the protagonist comes from inferring things from his action. The way he lets an old couple get onto the bus before he does even though the rain is pouring. His accidental collision with a bystander. His interaction with a dying bird. The fact that he’s going *somewhere* to do *something*.

Based off the contents of the issue and the premise of the novel, we know that this story is going to be a particular kind of violent. The question then becomes how the violence is going to intersect with the narrative and what the narrative actually ends up becoming. And I just don’t have that information yet. The ending was unsettling out of context, and will probably be unsettling in context as well, but that context is going to be necessary to determine whether or not the series ends up in my pull. This is different from a lot of my usual comics, but intriguing enough that I’ll be checking out the second issue. 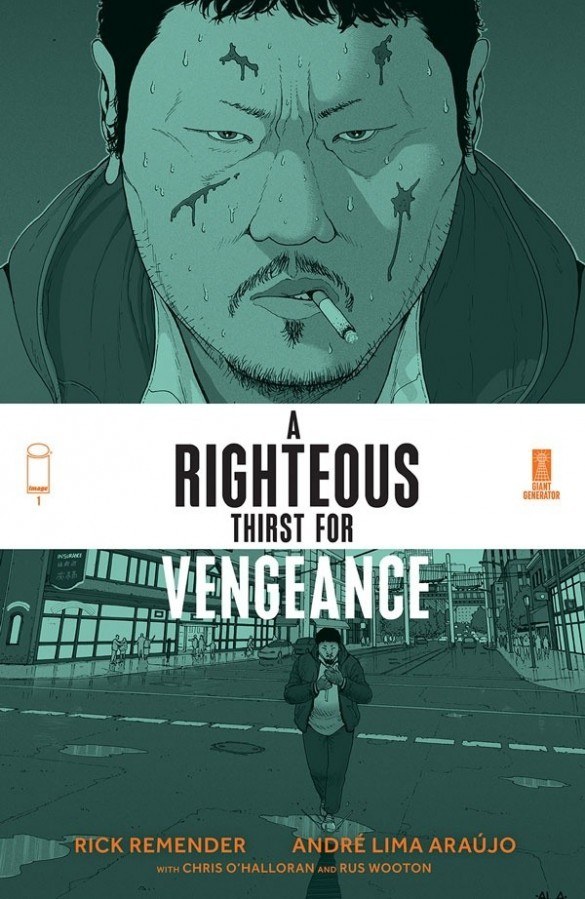