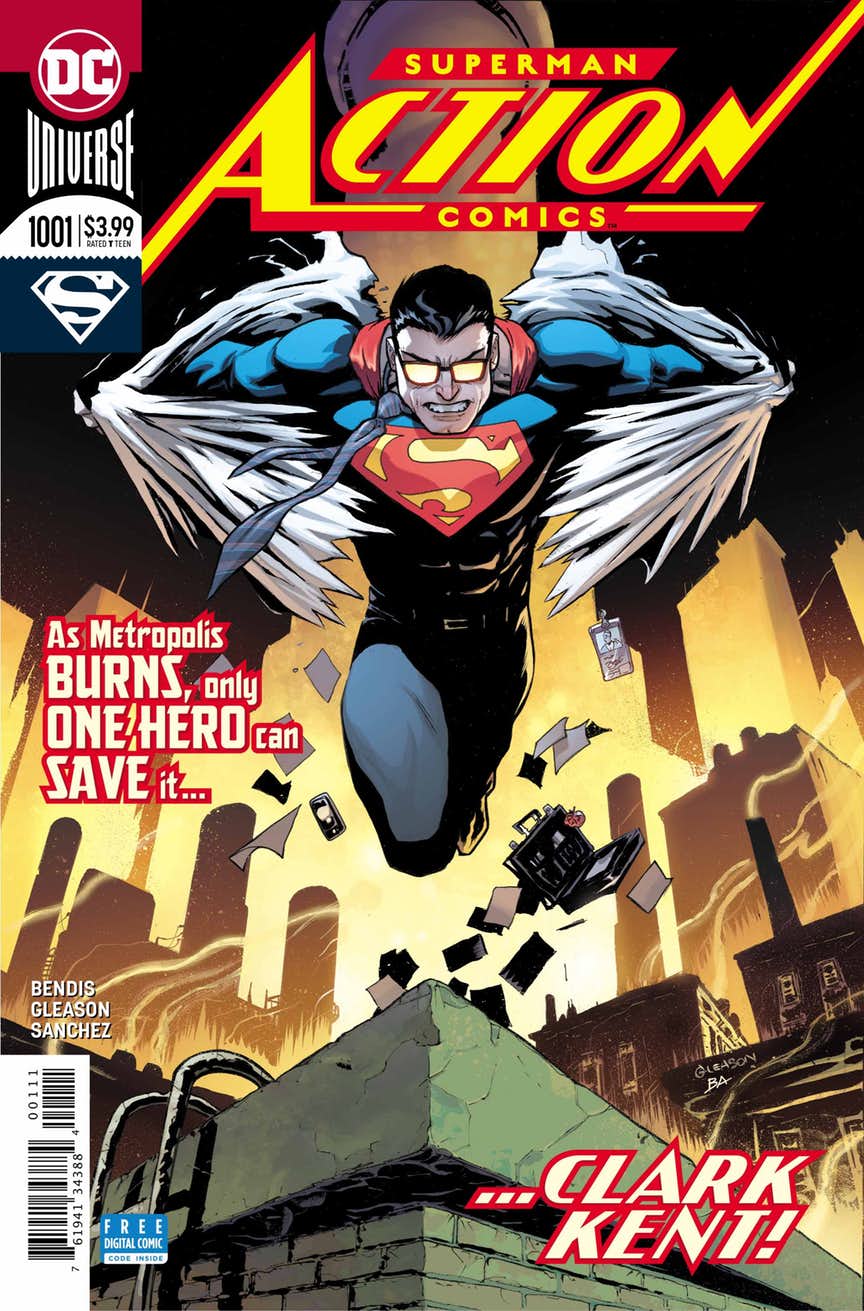 Action Comics #1001 continues Superman’s latest adventures under creative control of the indomitable Brian Michael Bendis. Drawn by Patrick Gleason, the comic follows Superman trying to uncover the string of fires plaguing Metropolis. In the life of Supe’s alter ego, Clark Kent, the Daily Planet’s gossip columnist would like him to tell the story of how Lois Lane left him for Superman.

The most interesting part of this story is the dance between Superman and the supposed arsonist(s). The human villains discuss their strategies to commit crime in a city where Superman can potentially have a god’s eye view of all that goes on. Kudos to a story of Superman versus villains who can’t punch him through a building or shoot him with magic, Kryptonite lasers. In the same vein, this story has some classic Bendisisms. An opening scene of less competent bad guys confronted by Superman is filled with some hilarious dialogue. The MVP line would definitely be, “Dude! Don’t throw your gun at him”. Bendis is finding a comfortable voice in Superman with his trademark blend of straight-up hilarity, wit, and seriousness.

Patrick Gleason puts in some impressive work. The characters are incredibly clean. He gets to throw in a couple gems, too, including a poster-worthy shot of Superman in front of an American flag. He even gets to toss in a drawing of Brian Michael Bendis in the comic. It’s a long-standing joke in his comics, and it’s fun to see it continue in the DC universe. My only criticism (and it’s barely a criticism) is Clark Kent. It makes sense that a broad-shouldered, majestic, caped Superman means a big-ass dude in a suit and nerdy glasses. It just looks weird to me. Gleason definitely also focuses on faces more than the backgrounds. In a dialogue-heavy comic, it’s important to get those faces perfect. I’m sure that when the action in Action Comics picks up that Gleason is going to have a field day.

This comic was a fun read, as well as a solidly written and drawn piece of work.