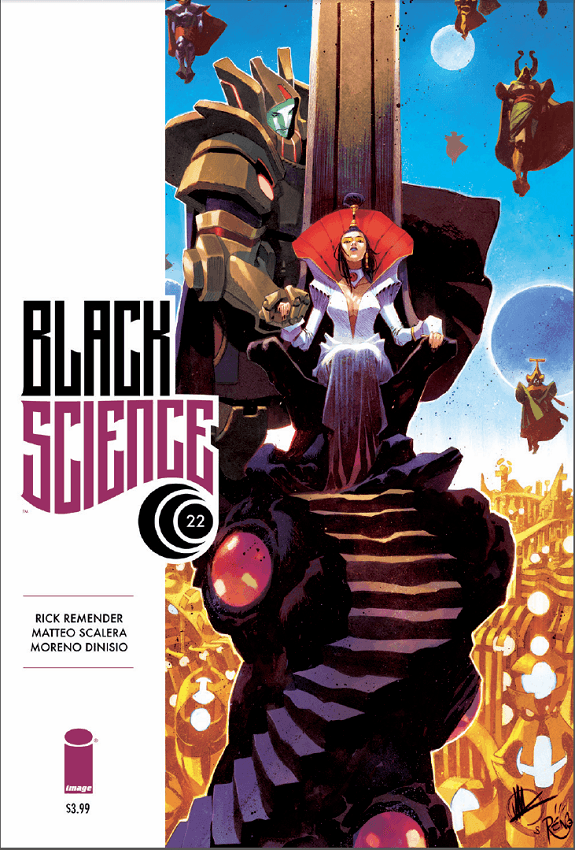 First, my apologies, I had been reviewing this book and missed a whole arc’s worth of critique due to commitments and time restraints. Sometimes we fall off a book review because we lose interest and sometimes we fall off because of outside elements. It was not the former because the “Godworld” arc of this book was experimental and crazy and crazy good. So now I’m back like Jon Snow and ready to step into reviewing this amazing and unique book again.

If you’re familiar with the story thus far (and of course you are if you’re reading this, I imagine), then to me, the most intriguing part of this arc is seeing what the varied states that each person displaced by the Pillar is in. After the gut wrenching and wholly appropriate fate of Rebecca (if I had reviewed that issue, I probably would’ve given it a 9.5 or higher, fam, straight up), Grant is now focused on finding his kids across the various dimensions. Not knowing if they will be alive or dead or what state they may be in after years of displacement, I’m pretty excited to see how imaginative Remender and Scalera are about varying circumstances. For this issue, he finds Peta, the oldest with a unique placement in a big kingdom. 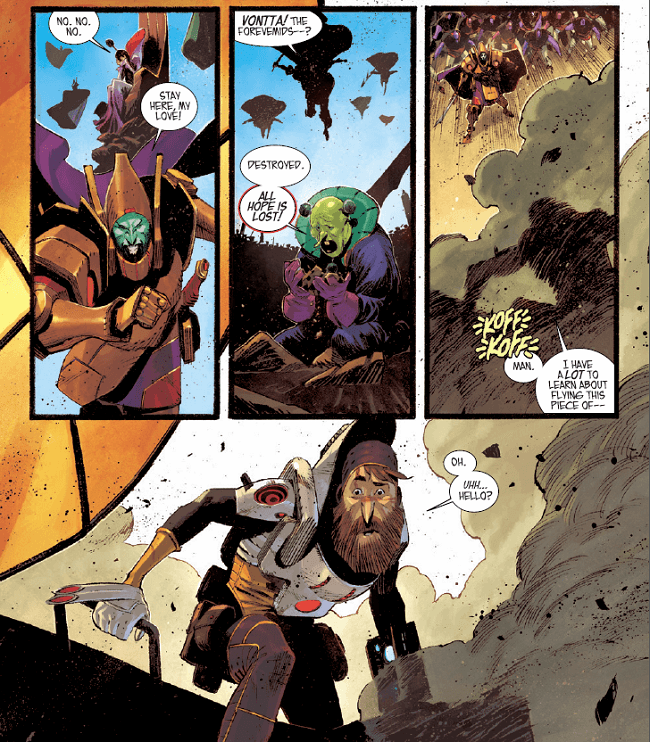 While the issue is good, there’s a lot of circumstantial and physical comedy that felt both refreshing for such a morally heavy book and a bit slapstick. The awkwardness of Grant crashing a very important occasion in this kingdom, then making a fool out of himself due to intoxication felt very much like a sitcom for a good number of panels. It’s not done badly, and again, we could use the breathing room, but it does seem to come out of left field and is a little jarring. In typical Black Science fashion, the end moves back into familiar ground, which is pseudo heartbreak and obstacles for Grant, who is truly a changed man and only wants to reunite his family. Though, one wonders if it’s too late.

Scalera is of course very good on this book, but as it’s mostly dialogue for this issue he doesn’t get to flex his biggest strength, which is kinetic action. Still, the world-building that is Black Science, the completely unique creatures and personas are still imaginative and provocative, is something Scalera can take full credit for bringing to life.

Black Science is back from its hiatus with a good, if somewhat uneven start, to the new arc following “Godworld.” It feels good for this book to be back on the stands (and personally, for me to be reviewing it).