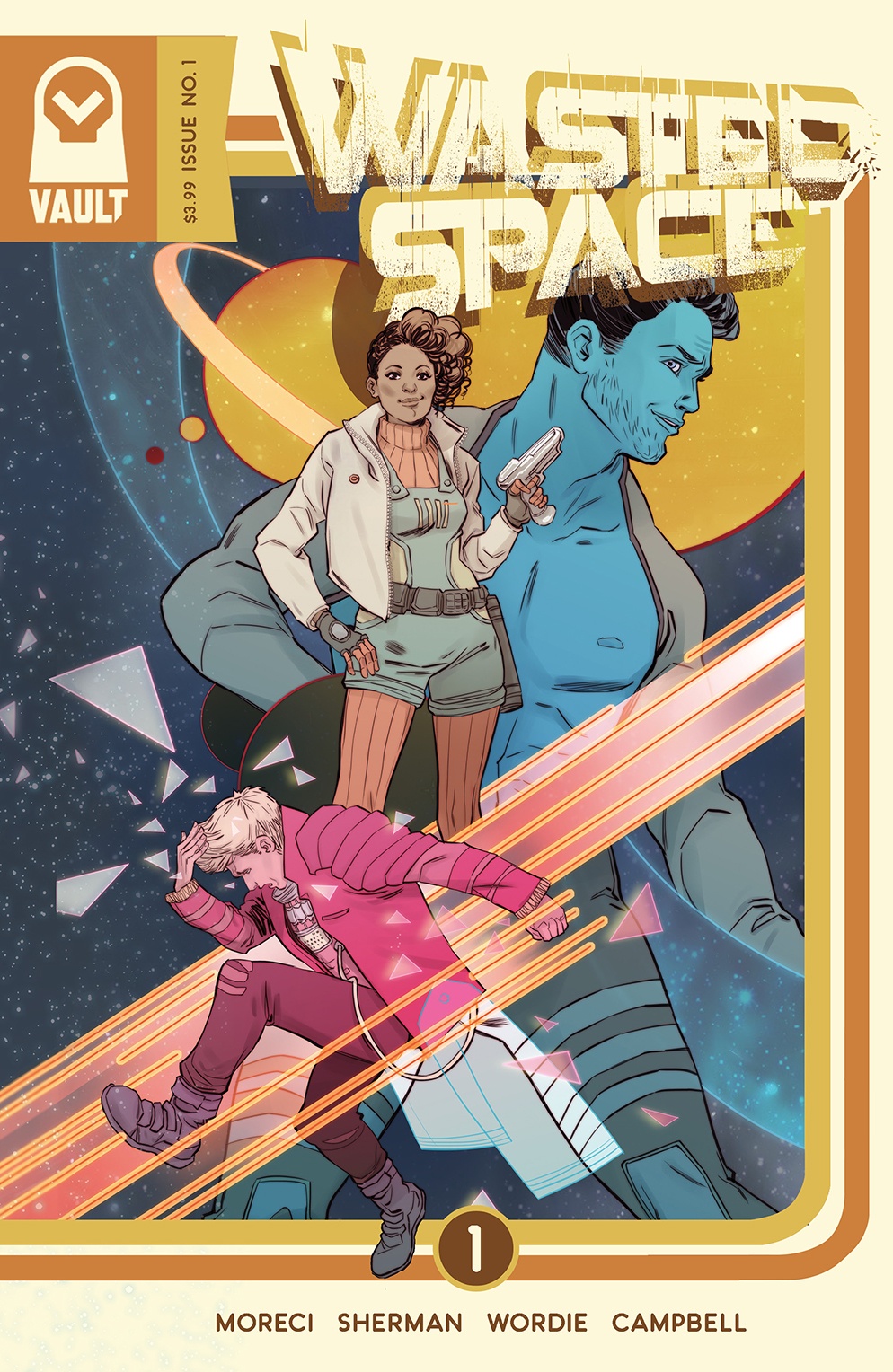 Wasted Space is an existential smoothie featuring elements from Preacher, Cults, and Booze. We can’t forget the Booze. The basis of the story? When The Creator uses you as his vessel, it can be a lot to bear. Especially when you aren’t sure if he’s actually talking to you, or you’re just crazy.

This comic follows Billy Bane (How’s that for an alliterative comic book name?), the former Voice of the Creator, a position that’s exactly how it sounds. Billy spoke, and the masses ate up his words as the will of their architect.

But that was the past.

Now Billy is a dude who knows too much, or maybe nothing at all. And all he wants to do is forget that the shitty state of the galaxy is kind of all his fault.

The first issue balances its action and world building really well. Along with Billy are his close friend Dust, a blue Fuq Bot (again, exactly how it sounds), and Molly Sue. Molly Sue is a woman who seemingly comes out of nowhere but may have a very special connection to a Billy. She wants nothing to do with anything that doesn’t start with an ‘In’ and end with an ‘ebriated.’ 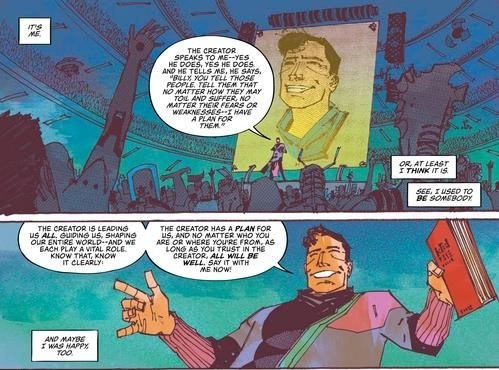 This series so far does a really good job of blending familiar stories together and making them feel unique and original. It keeps the reader engaged in a futuristic galaxy by keeping the dialogue light and accessible. When it does deviate from that, there’s always a thread to some context clues that’ll help you understand.

One of the highlights of the concept of this story is the idea behind The Creator. It definitely has its roots in religion, but it keeps everything neutral by using a deity that isn’t based in our real world. This doesn’t isolate the audience like it would if The Creator was God.

I would definitely describe the art as abstract. Strong, thick lines are what drive the visuals. The story plays it pretty fast and loose with its tone. So I think to have an art form like this, that doesn’t try to be hyper-realistic, really helps convey the aesthetic and feel that the story is going for.

Wasted Space is a welcomed newcomer to the space saga genre. It gives you many things that you’ve seen before, but in a very different way. That’s one of Vault’s strengths as a publisher. I’m in the camp that it’s impossible to come up with something 100% original, but if you put the right spin on it, it can make your story feel like something that’s never been seen before. That’s what Wasted Space seems to be shaping up to be. Go drop 4 bucks on it when it comes out next week. Money is only a social construct that ultimately has no meaning except what we apply to it anyway. So you know, you can probably spare it.

9 Creepy Cult Leaders out of 10