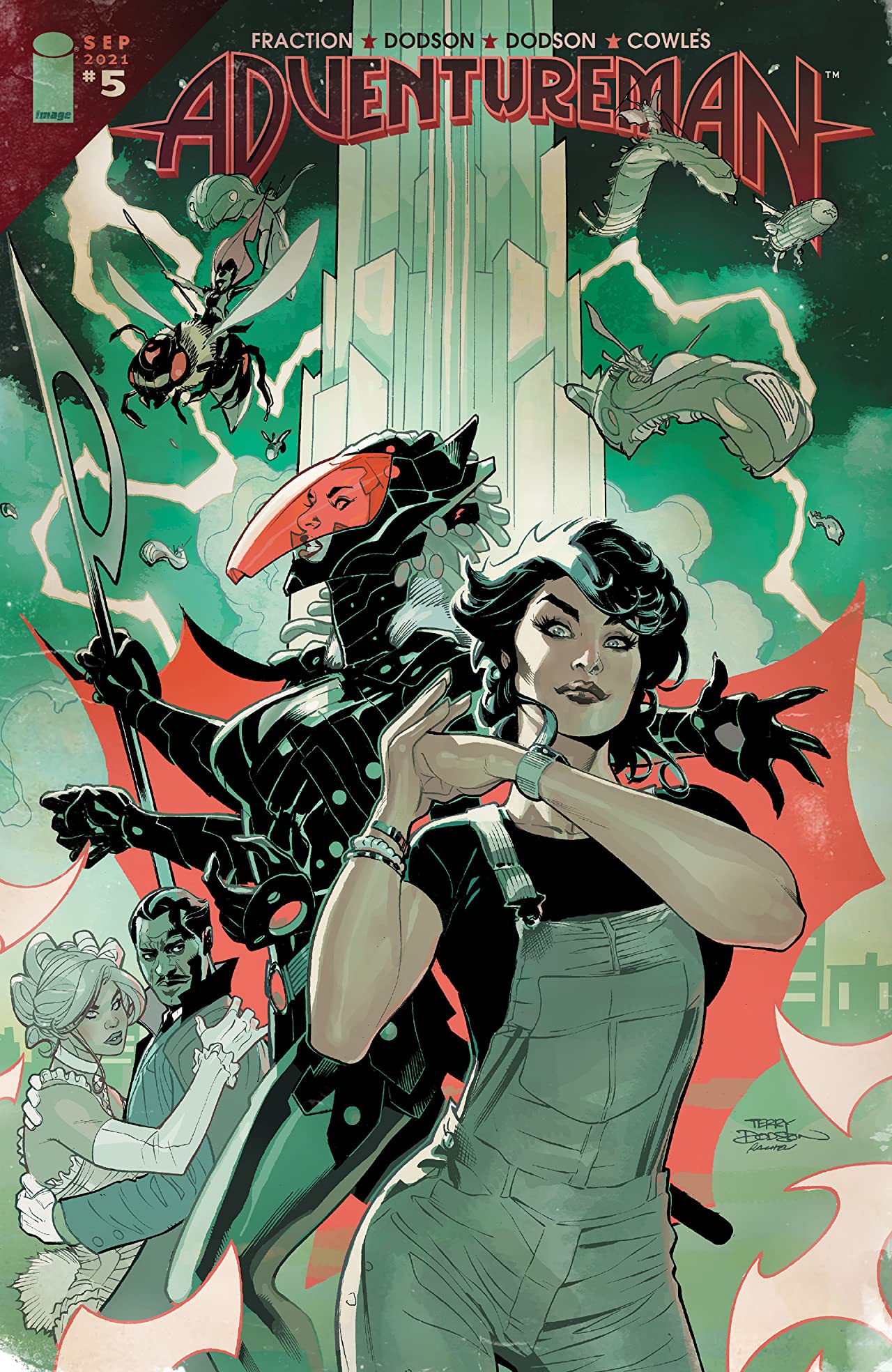 It’s been a minute (and by minute, I mean nearly a veritable year) since we’ve been regaled with the thrilling adventures of Adventureman, so perhaps a quick recap is in order. Claire Connell has some sort of mysterious family legacy related to a series of pulp fiction works. These works are significantly less fictional in nature to the point where the fantastical villains are making a play in a very real New York City and there is *conflict* on the horizon. If you have the first four issues or the trade volume on hand, it might be beneficial to brush up on the specifics, because Fraction is conducting this narrative full speed ahead (note: this is a train pun. The cold open is on a train.)

Mild mental reorienting aside, its nice to know that Matt Fraction, Terry Dodson, and Rachel Dodson have not lost a single beat and jumping straight into one of their signature vignettes is a wonderful way to start the fall comic book season. You gotta love Terry Dodson’s wonderfully unique character designs, and Matt Fraction’s utter glee when it comes to writing audaciously in-universe.

After the vignette plays out in proper prologue fashion, we jump back to the conflict in New York City as Claire readies with her extended network of allies to fight Baroness Bizarre. This is pretty much everything you could hope for in a grand return. Fraction’s dialog and parentheticals are hilarious and heartwarming. Each of the pages is easy to parse, an incredible accomplishment, given how much is going on and how many different characters partake in the ensemble action.

When it’s all said and done, Adventureman #5 does two things incredibly well: tie up the loose ends from the first arc that the extended hiatus left dangling in the wind and set up a solid foundation for the next arc in proper fashion. The world is ripe for invention and innovation and Fraction and the Dodsons certainly seem up for the challenge.

This comic is fun distilled. There is a distinct passion and love for the campy high literary pedigree, and Adventureman plays with the variety and the ridiculousness to great extent. This is a perfect return to form for current fans and a great reminder for new readers to pick up on the series, because it’s gonna be a fun jaunt through all sorts of madness and marvelous moments.