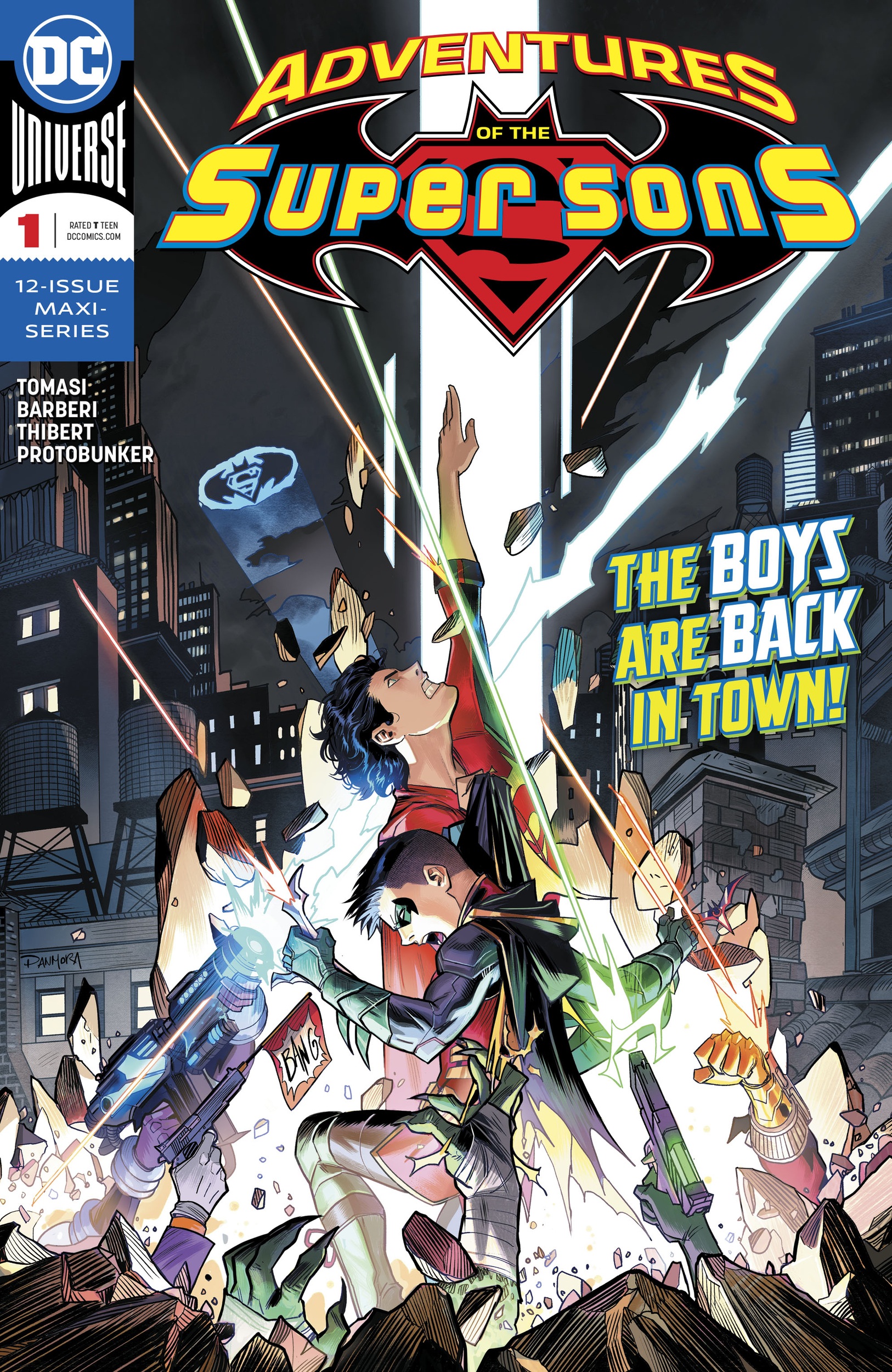 Spread The Word Around

It’s been a minute since we’ve last seen Superboy on the page of a DC comic. Bendis put our boy on an intergalactic road trip with his mother and biological grandfather a couple weeks ago, so Adventures of the Super Sons has a tiny notation that states the maxi-series takes place between Super Sons #16 and Superman Special #1. Seeing Jon coyly note “I’m back” with a toothy smile and a box of popcorn in hand, however, definitely made me grin. The boys are back in town, and you can commence your air guitaring. Tomasi has returned to writing the World’s Soon-To-Be Finest and goodness, did I miss them.

While Superman and Batman are dealing with very somber storylines, Damian and Jon get a chance to shine. In this bright, dynamic romp of a tale, Barberi’s pencils, Thibert’s inks, and Protobunker’s colors all mesh together; evoking such wonderfully vibrant imagery that it practically shines. There is so much joy in Jon’s smirk — and teenage angst in Damian’s scowl — that the reintroduction to the pairing feels incredibly familiar. All of the panels pop, while the body language of every character reads perfectly. Even the school scenes are kinetic and expressive. 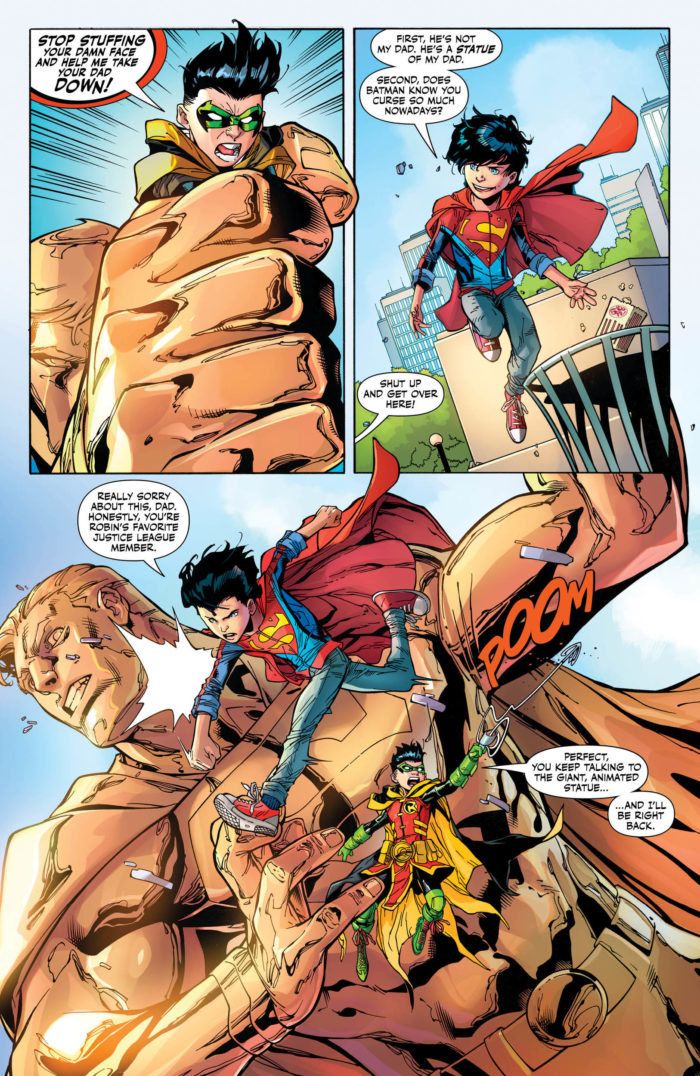 It’s Tomasi’s narrative and dialog that further cements him as one of my favorite writers in the industry right now. The banter between the two child heroes remains as upbeat and uptempo as ever as the story keeps up with their frantic minds. While they still snark like the best of them, Adventure of the Super Sons does show a little softer side to Damian as well as a kinder dynamic between the two.

With the real world summer giving way to fall, Adventure of the Super Sons is must-read maxi-series. It shows evergreen optimism and the rediscovery of heroism through the eyes of the best boys in the DC canon.