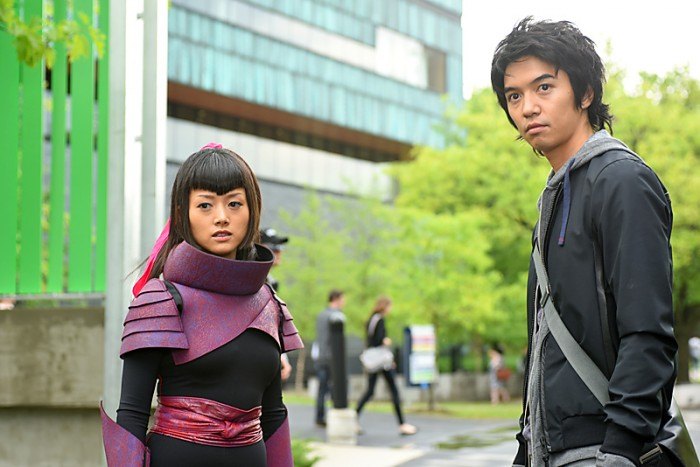 Picking up after Molly Walker shot herself in the head, which is right after she told Noah Bennet “forget the past, save the future” A.K.A. “you better to check yourself before you wreck yourself,” HRG Quentin and Taylor make their escape out of Renautas and find a giant sperm bank in the left wing of the building. Renautas plans to annihilate about 90-ish percent of the world and start over from scratch with the seeds Erica has chilling in the fridge. Let’s address this here real quick. How exactly this plan is going to work is unbeknownst to me. Perot, you can’t just Octomom yourself a whole nother population. This is evil-villain-plans-to-destroy-the-world-to-better-the-world-by-repopulating-it-with-the-type-of-people-they-bang-with fantasy plot line 101. You have two options. Clones or robots.

Since Luke finally told Joanne that he is an Evo, the relationship has come to a screeching halt. Luke goes back to the crib and for the rest of the episode he is re-enacting a low budget version of Usher’s “Let it Burn” music video. In the closing scene for Luke, which is the only semi-interesting thing that happens for him in this episode, he sets the house on fire due to his new found heartbreak, walks off in slow motion, flames swallowing the abode behind him while I’m in my room belting “so many days / so many hours / I’m still burning till you return!” 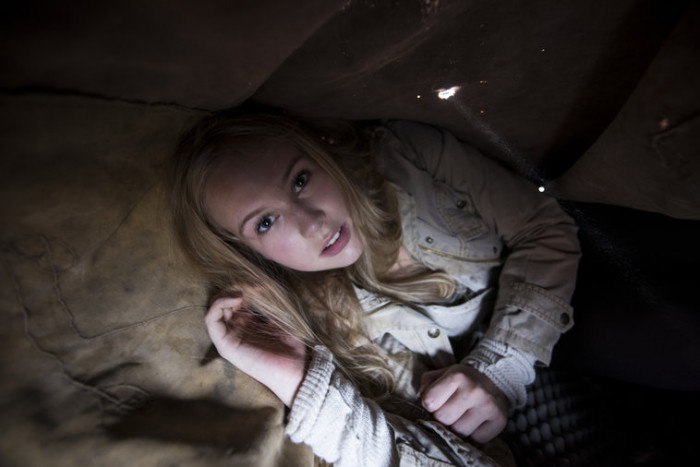 We get to know a little bit more about Malina and Farrah this episode. Last week we saw that Malina has the gift of life. Harris and the rest of his goon squad track down Farrah and Malina with their new epic glasses, which is just a DBZ scouter that looks like sunglasses Cyclops would wear, and try to catch the two Evos. Farrah continuously explains to Malina how important she is to save the world and needs to stay out of trouble but my Malina says “Nah son I’m tired of running. I’m about to handle this right now” and out of no where home girl starts air bending. That 5 seconds was better than the whole movie. But let’s not relive the film of which we do not speak. Farrah gets shot and Malina gets away with an important package that’s going to help save the world. We did meet another evil Evo named The Shadow. No relation to the hedgehog. 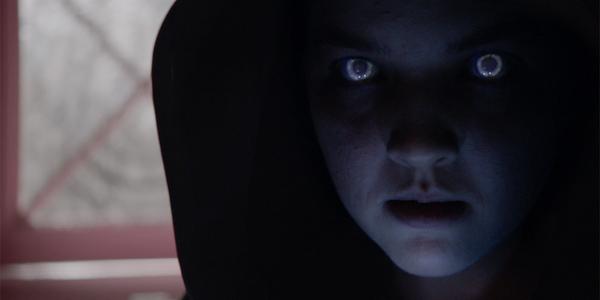 Tommy gets the truth, the whole truth, and nothing but the truth this episode. Turns out ole boy is adopted. Mom dukes didn’t know how to break it to young buck. We don’t know who his real parents are yet but mom does slip and say his government name “Nathan.” The only Nathan I know is the gone-but-never-forgotten flying man. R.I.P. The watcher guy that looks like he could be John Goodman’s cousin finally tells Tom he’s going to help save the world. Tommy’s response? *Deuces*

Taylor, Quentin, and Noah make it to Erica’s house to get some answers. You know HRG always got the strap ready just in case somebody is ready to die. The big problem I can’t get over is that the show really wants us to believe Claire is dead. How sway!? Her power is the ability to not die! GTFOH! 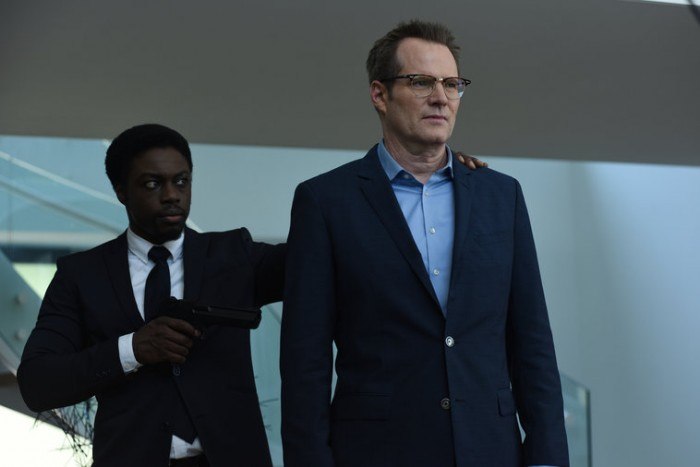 Miko bursts through the window mid-monologue and gets her sword back. Erica gets away. Harris is captured by the three amigos and it turns out the end of the world is happening quicker than expected.