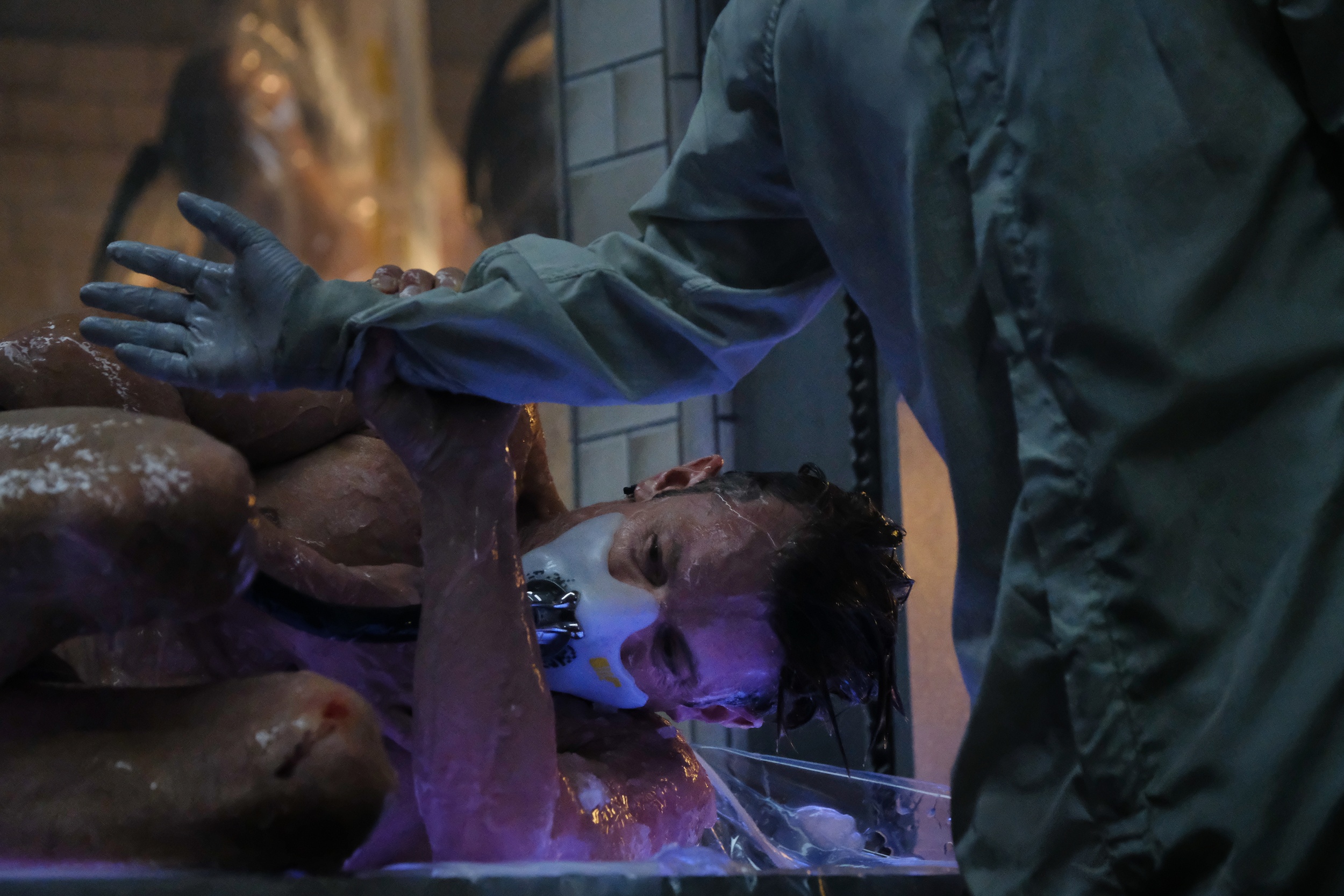 Altered Carbon Review: Out of the Past

Welcome to Episode 1 of the new Netflix original series, Altered Carbon! My approach to these reviews will be different than the other excellent recaps/reviews you can find here on Black Nerd Problems. With only ten episodes, it’s safe to assume that viewers will binge this season over the weekend and that you’ll know the plot before the next review goes up. Instead, I want to discuss each episode while centering on one of the show’s many themes. There are many interesting things to say about Altered Carbon, and I hope you join in by commenting below or tweeting me. If you need some background on the show, check out my preview here.

But enough preamble. Let’s get into Altered Carbon.

The episode opens with the protagonist, Takeshi Kovacs, engaged in some unspecified illegal activity with a woman. Kovacs, played in the opening scene by Byron Mann, is a man of Japanese descent. However, as the episode progresses, we learn that these scenes are flashbacks. After “dying”, Kovacs was re-sleeved into a white man’s body, played by Swedish actor, Joel Kinnaman, and brought back by Laurens Bancroft to help solve Bancroft’s own murder. When Kovacs is given a mirror after being re-sleeved, he reacts with visceral horror at his new identity.

This shift highlights the racial elephant in the room. Takeshi Kovacs prefers to use phenotypically Asian sleeves when he is brought back. He was placed into a white man’s body against his will. There have been accusations of white-washing as a result, and the show’s producers and cast have pushed back against those claims.

It’s important that we spend some time on this point, because this isn’t a case of whitewashing. A canonically white character remains white in the adaptation. The problem here is not the use of a white actor, but instead the continued insistence on telling stories focused on white characters in the first place. Altered Carbon may or may not be a good novel—I haven’t read it. Yet there are dozens of great novels featuring Asian protagonists which are worthy of adaptation. Focusing narrowly on whitewashing in the casting of Altered Carbon misses the larger problem of who is making the decisions about which projects get greenlit, and who is in the room making those decisions. We’re hacking at the leaves of a tree instead of at the roots.

One of the arguments that the show’s producers has used to parry accusations of whitewashing is that the rest of the cast is diverse. This claim requires interrogation as well, because it’s one thing to populate a cast with black and brown faces. It’s quite another to give them something to do that is on par with the protagonist. Altered Carbon is not an ensemble show. The story focuses narrowly on Kovacs. With a few exceptions, he is in every scene of the first episode, primarily in his white male body, but also as a Japanese child, and his previous Japanese adult sleeve. That means the cast revolves around him, and their screen time is based on their proximity to him. 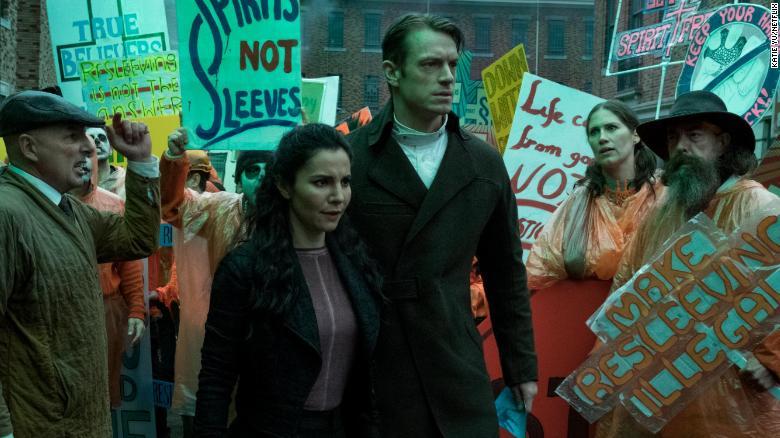 We are introduced to some diverse characters in this episode. Detective Kristen Ortega (played by Martha Higareda) is a Latina police officer in Bay City. We also meet his Japanese sister in a brief scene, and a former lover, a black woman. Both of these women are unnamed, seen in hallucinations and flashbacks because they are dead, and we receive only glimpses of them.

So while Altered Carbon may be following the letter of the law in terms of diversity, is it truly inhabiting its spirit? Are we simply revisiting the age old trope of killing women and people of color to cause pain for the white male protagonist? It sure looks that way after this first episode. Of course, we can’t predict how race will play out in the rest of the season, but this is not an auspicious start.

Altered Carbon is interested in exploring some heavy concepts, such as wealth, inequality and consciousness in a world where money buys immortality. Yet race feels like it’s receiving short thrift so far, and it could be one of the most fascinating topics. In a world where you can choose to look like whatever you want with enough money, what does identity mean? What does race mean? Would white people truly dominate an intergalactic human empire five centuries into the future? If so, what are the reasons for and against choosing to be a racial minority? There is a rich vein to be mined, but I remain skeptical that the series will go in that direction.

There are still nine episodes left in this season, and we will undoubtedly spend more time with Detective Ortega, Kovacs’ sister and his deceased girlfriend. There will also be other characters of color introduced, as the show’s IMDb page lists several actors and actresses of color. Black and brown faces on screen isn’t enough though. We are the future of this planet, yet in Altered Carbon‘s first episode, people of color are relegated to Kovacs’ past. We’ll see if the show rectifies this problem going forward.