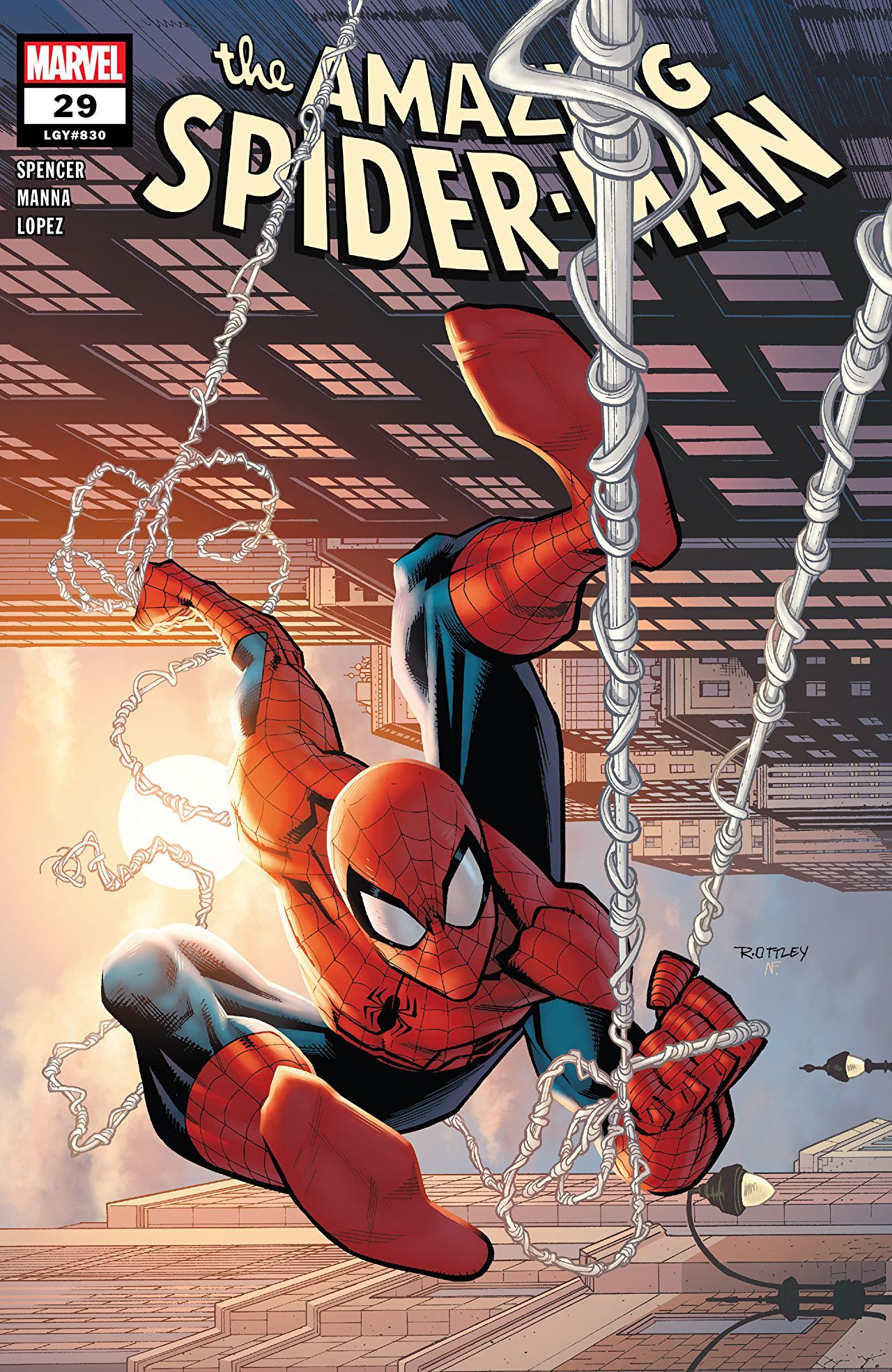 Nick Spencer takes the meta to 11 this week. In “Arrivals and Departures”, Mary Jane is leaving for an acting job that’ll leave her away from Peter for three months. Peter’s mission: help pack and send her off after speaking with Aunt May. If you’ve read a Spider-Man comic, watched any Spider-Man movie, or seen any episode of Spider-Man: the Animated Series you know how this ends. Much less predictable is how Peter helplessly and tragically laments constantly letting people down to save the world.

“It’s like no matter how hard I try. . . we all know how the story is gonna end”. Fear not, though. The poetic tragedy is alleviated by Spider-Man’s guiding star, Aunt May. She gives a beautiful monologue about his relationship with MJ. As inevitable as Peter’s missing dates is his and Mary Jane’s love for each other. No secret invasion, supervillain, nor deal with Mephisto can keep them apart for long. 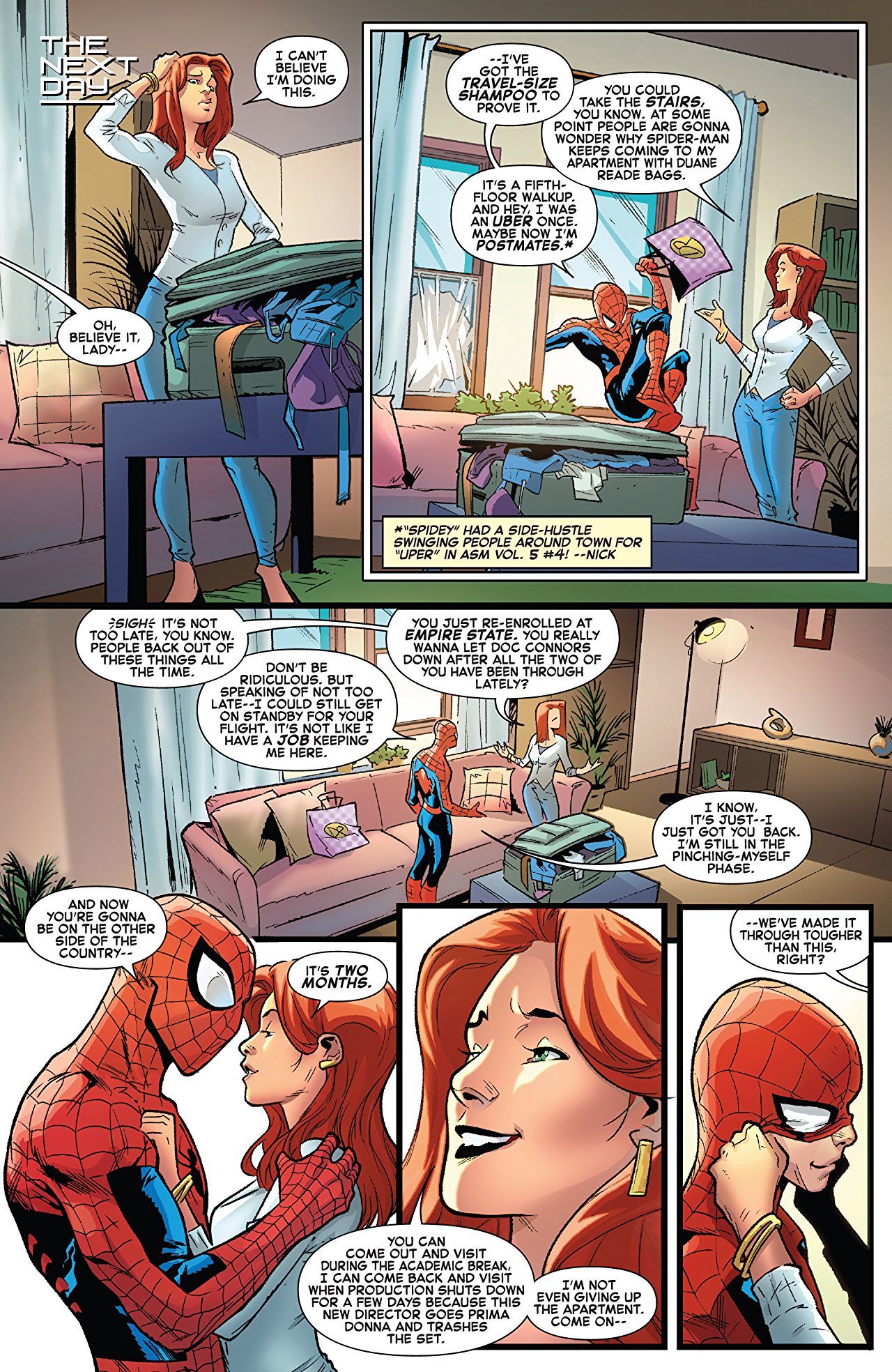 As someone who skipped most of the 700 years of Dan Slott’s run on Spider-Man this comic was a refreshing reestablishment of the nature of the character. Spencer also sprinkles some “good ‘ol days” sentiment with references to past issues. Remember when this happened? No? I got you, son! Damn I was tempted to check out those past issues. Spencer knows his audience.

Props to Francesco Manna. This book was fresh. A lot of the book was dialogue and the faces here were crisp. The colorist, Carlos Lopez deserves credit too. The beginning of the book is very bright colored as Spider-Man converses with Mary Jane and Aunt May. Later, when the villain is introduced the book switches to a dark hue and it creates a visual shift to go along with the tone. The book does have some action scenes that are nothing to scoff at. There’s a full page back and forth between Spider-Man fighting A.I.M and Mary Jane waiting that was well mapped and cinematic. Next month, we get one of the most terrifying Spider-Man villains of all time.