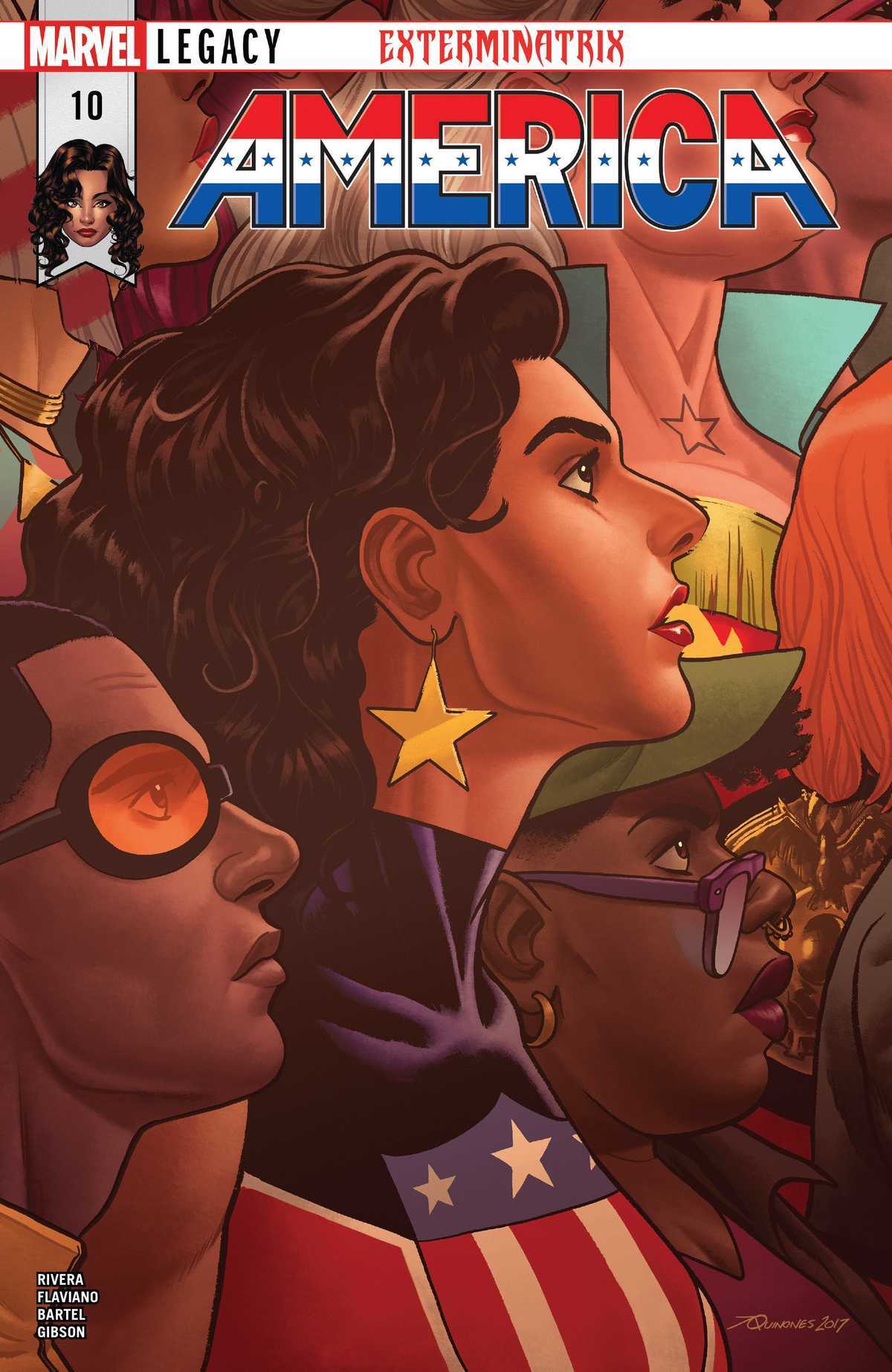 School is out forever at Sotomayor University! Well not really. America Chavez is down and out, and for the time being, it’s up to the students to make the first strike against Exterminatrix. Rivera puts Prodigy on point as “The guy in the chair” organizing all the battlefront. Yeah. Man, hell yeah. I always stress the importance of being able to utilize all of your supporting cast. Rivera puts that to use again this issue. Sotomayor University’s resident geniuses all band together to do their part and bring the fight.

Meanwhile, America is on the ancestral plane again, having to recollect herself. Our girl has been through a lot. It’s good to see her friends holding her down while she takes a breather and remembers just who the fuck she is. I won’t get into any more detail but just know we got a royal rumble on our hands this issue. 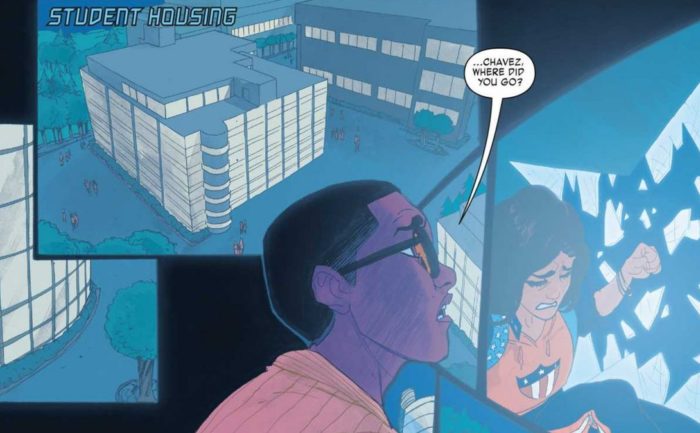 “The colors, Duke! The colors!

I’m a big fan of climactic fight scenes. The one we get feels as if it could have gotten a bit more time before America steps in, but justice was done. You can feel a bit of urgency in the story wrapping up here but our girl is looking vibrant. The only thing really major is wanting more of Exterminatrix being able to shine as a villain. We saw her long game plans taking fruition, she could stand to shine more when it comes to fisticuffs. Although, nobody stepping to America Chavez and her crew lasts long. Understand?

Jen Bartel joins Flavino for the artwork this issue. Together with Jordan Gibson and Chris O’Halloran on the color, there’s a big contrast in scene tones. In our time, the colors during the fight scenes are cooler and colder. There’s a feeling of cold grit happening as opposed to the shots of America when she’s in the Ancestral plane. The colors, fighting, and display of America truly made it seems like two stories were coming together as one. I mean look at this shot man, shit is lovely.

All in all, this is a rather fast issue. We got word today (12/20/2017) that America is on the chopping block. Ughhhh, let our girl live, man. It’s a shame that there will only be a few issues left. Rivera and Quinones have put in work in building America’s depth. Her dress game got even sicker! We’ve seen her ex come back in the picture, a Star Wars level origin point for her, and a wrasslin’ Abuela. Maybe you didn’t hear me, Grandma is all about that Luche libre, my guy. I’m ready to see what other surprises we get as Chavez flies into the sunset.