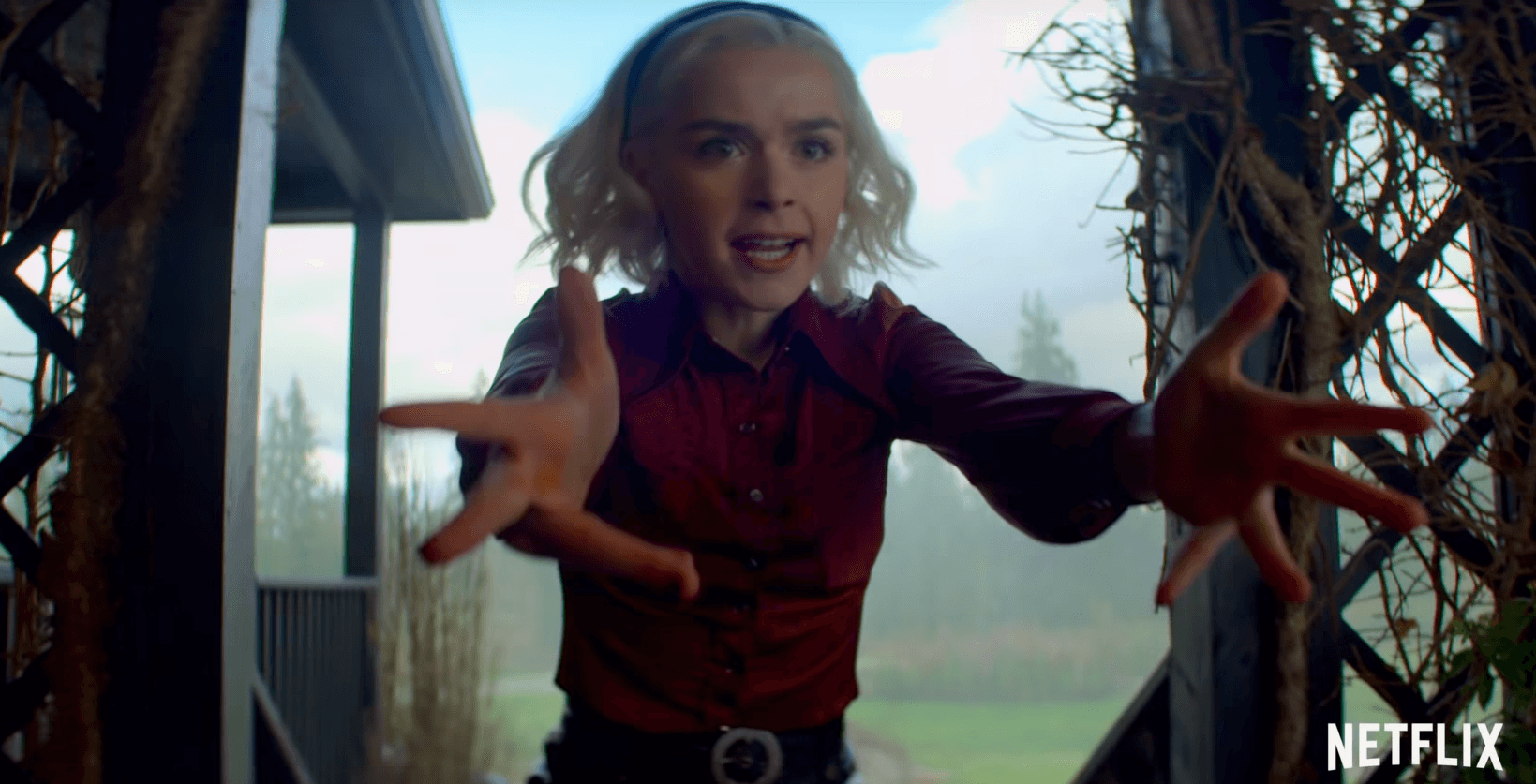 First off, know that I’m coming from a place of love. You’ve given us peak teen drama and angst. You’re what the CW has been striving for. You put Greendale back on the map. Know that the Melissa Joan Hart era Sabrina is watching your success from above with a glass of wine saying, “You doin’ this horror shit witch. You did that.” Sabrina, for your contribution to the reboot game, I respect you and I adore you. Which makes what I gotta say hurt all the more for me. Fam you and your people really need to take some self-defense classes cause none of witches or warlocks can fight. When it’s time to throw down yall’s hands are straight Laffy Taffy.

Sabrina, I wouldn’t trust y’all to stay on the sticks in any fighting game in an arcade. Y’all rely too heavily on spells when violence would be the far better solution. Look, when Doctor Strange casts a spell and starts throwing up his magical gang signs, that shit is intimidating. Y’all out here just using your loud voice. That ain’t enough cause I’ve seen you and your supernatural classmates take some “L’s” that could have easily been avoided. My witch, I hate that it had to be you and yours, but I need to bring out the highlight reel so we can go over the play by play.

Sabrina, you really came out to face a demon with an Encyclopedia Britannica and a bumble ball?
Girl, that demon read you for fucking filth and pulled a knife on you? She gotta go.
Soon as Batibat smacked that book out your hand, that big ass jumping jack shoulda hit her head.
Soon as that book hit the floor, your hair shoulda been tied, slicked back with vaseline, a roll of quarters in your fist, and that fist already in her grill like Comet cleanser.

Now I don’t know what kinda demons pull knives out but soon as Batibat did this stopped being supernatural shit and turned into some real street shit.
Batibat pulled outta knife like this was the fucking “Beat It” video.
Batibat legit came ready to cut a witch. And did just that.
Soooooo, I don’t blame you for running in this instance Sabrina…
Iiiiit’s just *upward inflection* the way you ran thooo?

Greendale got Book of Mormon stick up kids now?!

See why it’s important to have Black and POC friends? They’ll save your life. Literally.
This Book of Mormon extra/witch hunter pulled the steel out and ran Sabrina out her own house?!
Getting run out your home by a J-Crew mannequin named Jerathmiel is way worse than a demon named Batibat.

These Aunties ain’t safe either

When Hilda got rolled up on … Well, Hilda didn’t even need to lift a finger.
She unleashed her lover’s sex demon/Incubus to handle her lite work and I’m fucking impressed.
She got her man drunk off foreplay and let thirst do the rest.
Per usual Hilda, you’re an underrated quick-witted genius, the true backbone of the Spellmans. No notes.

How you shoot the club up with a crossbow?

This dude literally shot up the club with a crossbow. There’s nothing left to even say.
Sabrina’s boyfriend Nick is too drunk to use an escape spell and too shook to run up.
I’m sorry but once you get your first shot off with a crossbow, I’ll be damned if you reload on me.
You know how long it takes to reload a crossbow… in 2019 no less?

Nick put more faith in Ikea furniture to protect him than his own fists and I’m dead on arrival.

Ain’t no such things as halfway occult

Two hunters had a whole school of witches and warlocks (with numbers on their side) shook. Shame.

Weird sisters step up and get shut de fook down

First off, Harvey Kinkle heard there was a problem and came through with that action, quick!

Run up and get done up

Sabrina busted into the spot with no plan and got shot. Deservingly so. That’s all on you boo.
She really used the front door like it would be all Potpourri. NOPE.
She really stepped in here thinking her debate team days would come in handy here. NOPE.
My god, would it have been too much to serpentine at this point?
You couldn’t duck behind a church pew, Sabrina?

Sabrina really caught the hat trick from a crossbow

Yo, it’s one thing to take get shot three times with a crossbow but the step over is so cold.
She really stepped over Sabrina like she was a “caution: wet surface” sign.

Sabrina had to cheat and use Dark Lord mode

Harvey even armed the whole squad!

I just wanna point out how Harvey kept that hard ass energy through the whole season.
Harvey armed his whole squad for the end of days to stop the apocalypse.
Harvey emptied out the armory for his peoples and I fucking live.

Where was this energy before?

Sooooo Prudence had sword skills this entire time and just decided to whip’em out on a statue.
I am disgusted, where was this energy when the book of Mormons showed up?
Prudence could dual wield plays all this time and she’s just pulling it out for exhibition mode?

I need these supernatural folks to step their hand-to-hand up for future season man.