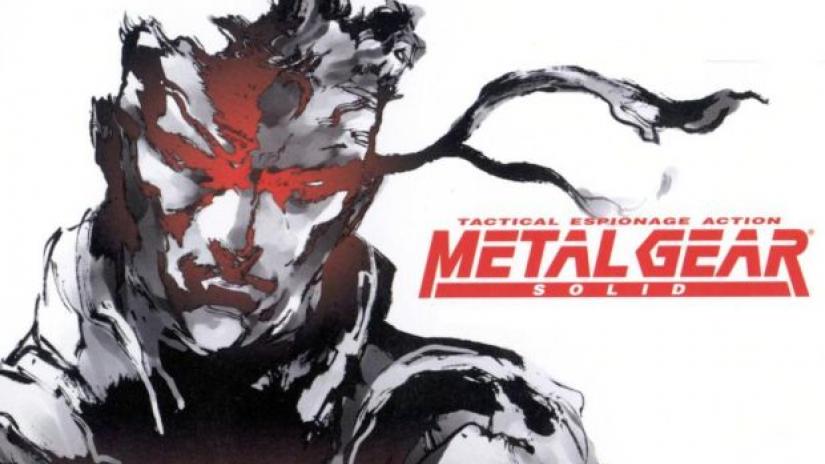 I am a lifelong gamer, y’all. I was four years old when my father brought home a Commodore 64 home computer. Four. I been playing games since floppy disks was popping! When that Batman game loaded up, with the blue and pink costume, my whole life changed. It was a Spring in 1986, I was the first person around my way with a home computer, and video games changed how I would see the world. My father is no longer with us, but I can see just how ahead of the curve he was in exposing my brothers and I to interactive digital media.

Just so y’all know, the Metal Gear franchise is my favorite. Point blank, the homie Hideo Kojima is a freaking genius. If you ain’t on the wave, get a boogie board or some water wings. During Reaganomics and the end of the real-life Cold War, Metal Gear dropped the flamest political mixtape ever for the Nintendo Entertainment System. At this point in my life, I was speed running Contra and copping whistles to World-8 in Mario Bros before lunch.

[quote_right]My little brother walked in his school like a boss that next year. He applied all the amazing ideas he had grabbed from Metal Gear Solid. The game changed the way he saw the world… and then 9/11 happened.[/quote_right]I was ready for a challenge. I did everything in my power for the guap to get that game. The moment I had it in my hands, I blew into the cartridge out of sheer habit. Even though it was brand spanking new. My young mind was blown. The game was literally a novel about nuclear proliferation. It took me months to finish the game, and it had so much text. I thought I was just playing a dope ass game, but my mother recalled recently, “I remember you playing that danged game, and going into the kitchen to make a bowl of cereal and having a full on political discussion with your father. Something about mutually-assured-destruction. You just put your bowl in the sink and went back to playing, and your father cried the proudest tears. He said he’d just read the same argument in the newspaper, and you were only seven!”

Years later, the Metal Gear Solid entries jumped to the next gen on the Playstation, and it was lit. I literally played that game in front of my father and little brother — multiple times. My brother was held back in middle school that year, and he was so upset about it that his whole persona changed. I remember feeling like I wanted to help. I passed him the controller, and let that ‘Konami’ logo fade in with the faint breeze in the background real dramatic-like. He beat that game in less than ten hours without dying once by the end of the week. Beat it twice in five days. Earned the optic camouflage, bandana, and 007 tuxedo skin before I learned about them on gamecheaters.com. Even more important than that, we had conversations over dinner about U.S. foreign policy, ethics and semantics, the advance of artificial intelligence, the dangers of cloning, love in the time of war, gun control and the second amendment — so much. My little brother walked in his school like a boss that next year. He applied all the amazing ideas he had grabbed from Metal Gear Solid to his class assignments, projects, his homework. The game changed the way he saw the world… and then 9/11 happened.

My mother rushed home from work. I was tasked with leaving school and picking my brother up and heading home. My mother sat in her favorite chair and cried worried tears while my brother and I held her. For the first time ever, a group of fighter jets scrambled over the Bronx. My mother screamed in sheer terror at the sound. I just held her tighter. My brother grabbed her face in his little hands and said, “Mom those are F-18 jets, they’re protecting us in a defensive pattern” before he turned on the Playstation and played Metal Gear Solid one more time to distract our mother from the fearful moment we were living.

As an adult, I can now process this layered tapestry of experiences. I now know those experiences led me to further understand the creative production process of video games. This brings me to my core thesis: video games are the highest form of art that human civilization has conceived. They just are. So deal with that. 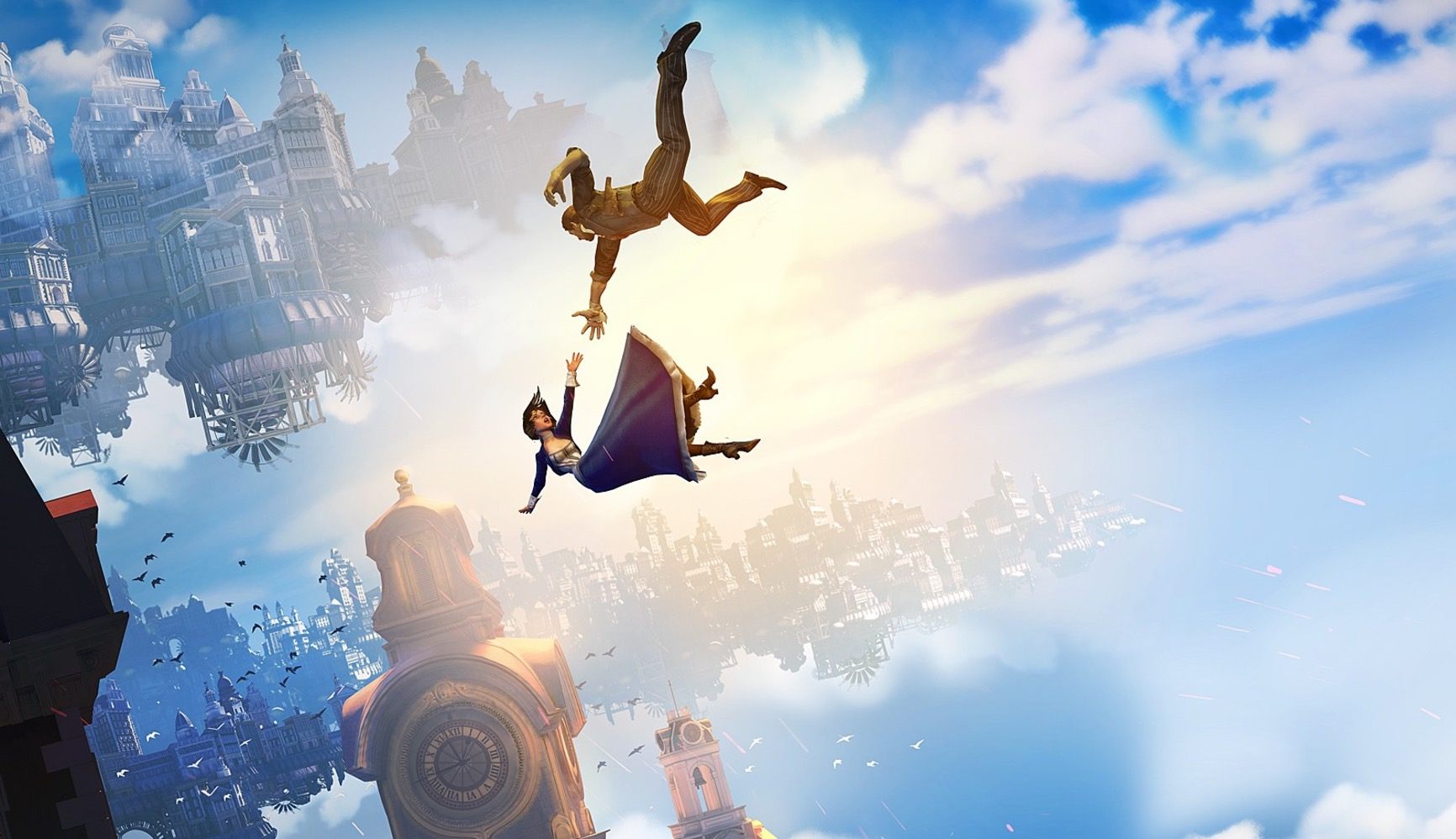 Video games combine elements in form and function from every visual and literary artistic medium. Visual artists create matte paintings of landscapes for environments, storyboarding for cutscenes, sculptures and models for scale, drafted palettes for thematic color design, all to infuse the overall aesthetic with narrative elements.

Voice actors in the booth put in character work for dialogue and emotional range. Motion captures performers providing the physical mapping and movement for character creation. Writers for narrative development and dialogue scripting, screenwriting for the visual elements. Composers create scores and themes, musicians and vocalists to bring them to life. Every video game is some composite of them all. On the bleeding edge of it all, video games have the nerve to even include interacting with you as part of its construction. 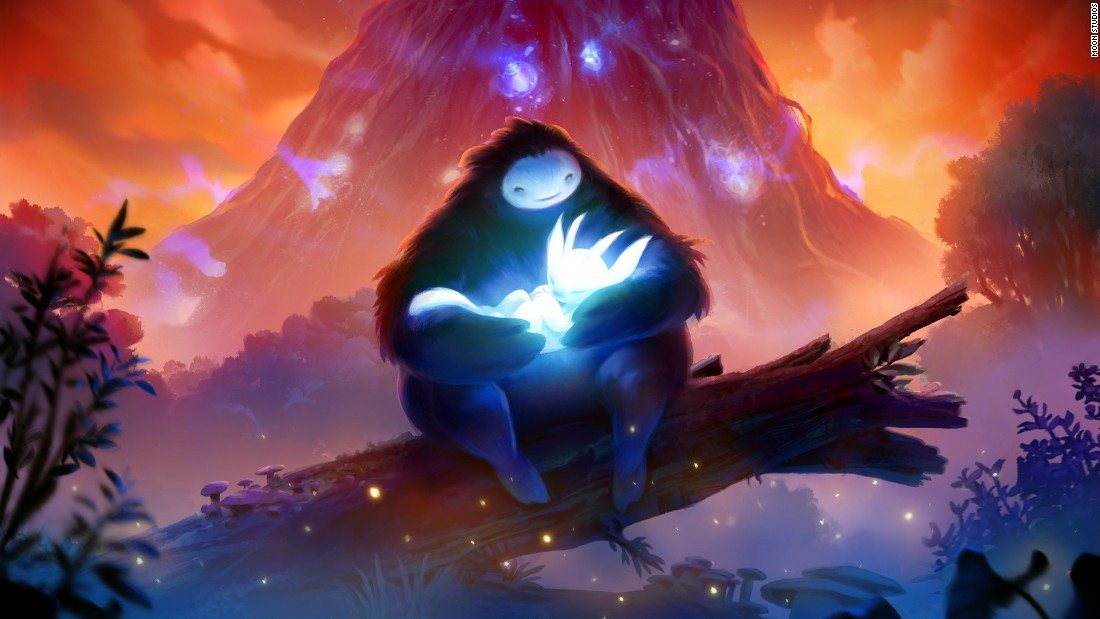 Metal Gear Solid had these outstanding moments of interaction that broke the fourth wall so well that I still recall them. There’s the codec frequency that was on the protective case of the game, that you need in the middle of playing to contact Meryl in order to save her life and move the plot forward. 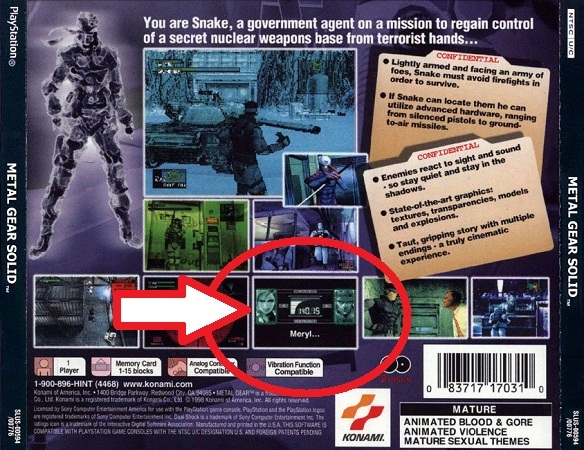 The boss battle with Psycho Mantis where the first player controller stops working and the screen turns black and says “Hideo” where it would have said “video” to denote the input of the TV; the intro to the boss battle where Psycho Mantis ‘reads’ your Playstation memory card and announces the other Konami games on it… in a monologue.

It was this take on interaction and complex storytelling changed how I would see the world, and became an integral part of how I understand, engage, and teach the messaging within media at large. My father clearly had a plan to expose my brothers and I to the highest form of art. I see that now.