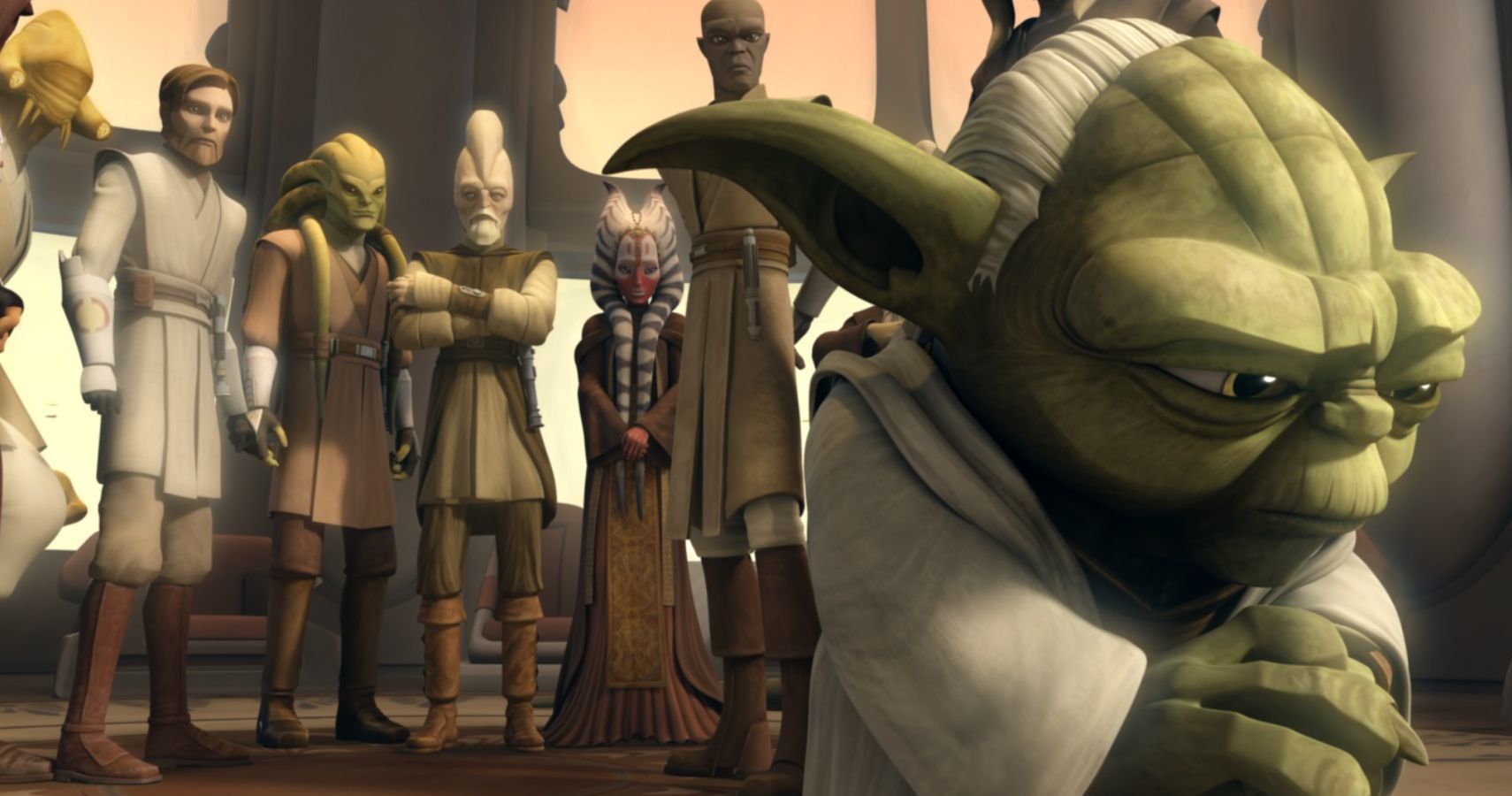 Dear Yoda, Mace Windu, and the rest of the Jedi Council,

Look y’all, mistakes were made. By you. Lots of them. I mean, you didn’t stop intergalactic enslavement on multiple planets, which we all know is what should have happened. You let the underworld flourish, but never took good advantage of the bounty hunters and other hireable scum because…moral high ground??? But you did outsource your army to some of the shadiest medical professionals to ever cook some genes in a test tube. And when has an army full of soldiers manufactured in secret by some mysterious benefactor ever gone wrong?

But truly, The Top Two Fuck Up for you all was the day you let Ahsoka Tano walk down those stairs and off into the Coruscant sunset.

And let’s be real, it ain’t number two. 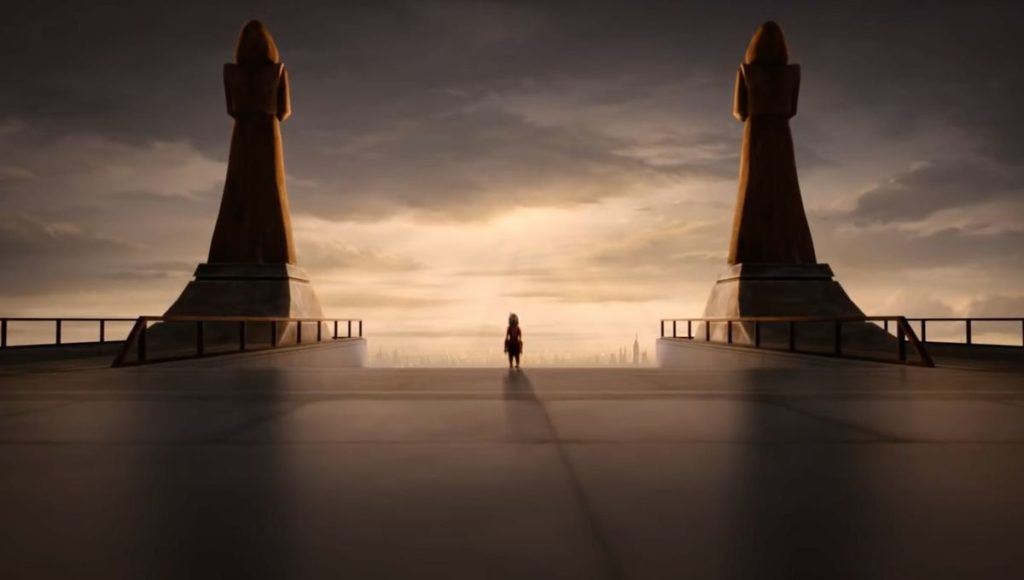 She was easy to underestimate.

Anakin called her “Snips” for Yoda’s sake, which is the kind of thing you call a girl whose independent attitude is just a little too threatening for your patriarchy.

It is like “sassy” — it is kinda a compliment, but only kinda. And I’m sure y’all didn’t know what to do with a padawan in a bandeau bra and leggings bringing daring fashion to the Temple. 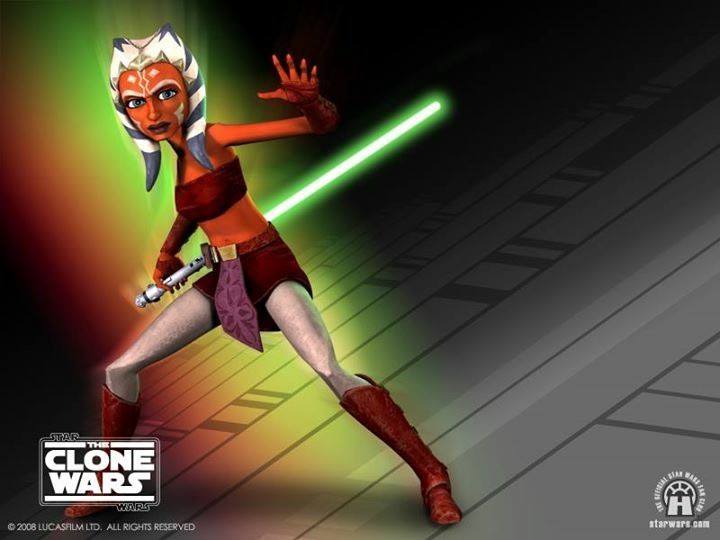 She was a Togruta, with lekku and horns, so she didn’t seem to be destined for the main character status white humanoid males achieve so easily.

Yeah, y’all have Yoda but how long did it take HIM to get on the Jedi Council. 900 years. Meanwhile, Miss Yaddle is…where?

Ahsoka was kind, even compassionate, when it came to the various species she encountered. You know that thing where you empathize with others and decide to do the best you can by them? That kind of compassion can look like weakness to some. It isn’t. Like if you falsely accuse a padawan of committing an act of terrorism and make her an enemy of the state based on speculation, the compassionate thing to do would be to offer some sort of apology. At least send her a fruit basket or something. But we know that’s beyond y’all.

With all of this in mind, you hooked her up with Anakin “I do what I want, I’m the chosen one” Skywalker. Mr. “I hate sand it gets everywhere.” Mr. “I’m gonna hide my secret wife in plain sight after she let me midi-chlorian up her club.” Makes sense.

He’s reckless and doesn’t seem like much of a teacher, so let him practice! Yeah…turns out Anakin was one hell of a teacher.

Anakin never met a ship he couldn’t crash, so Ahsoka learned to fix and fly spacecraft like a boss. Anakin never heard a direct order he couldn’t ignore (and be rewarded for ignoring it. DON’T THINK WE AIN’T PEEP GAME), so Ahsoka learned that what the Council had to say was always just a guideline, really. And Anakin’s aggressive, murderous fighting style met an ideal student in Ahsoka.

In short, by the time she started having doubts about the Order, something all Jedi do because y’all are trash, she was already a battle-hardened, fearless master of the Force and maybe, just maybe, you should have exerted a little effort to keep her. But nah. You threw her under the Republic’s bus so hard and fast you didn’t even spill your blue milk latte as you rode over her. 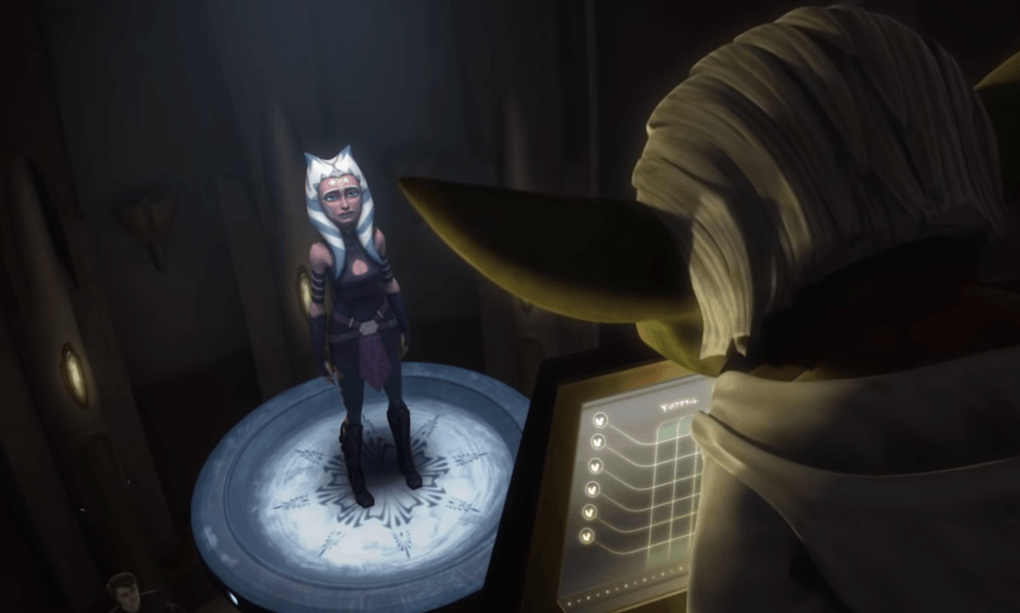 “Sorry, we brought down the full force of the Republic to arrest you for a crime you didn’t commit but this was your FINAL TEST and you’re a full Jedi now.”

See, that’s where you had our girl AND the rest of us messed up.

First, Ahsoka has to go save some Latinx-adjacent street kids from a life of spice smuggling which is problematic in multiple ways but we gonna skip past that because we are dragging YOU.

Then she was chosen to ride shotgun with actual militant Mandalorians — a culture of people for whom “On Sight” is a practice, a religion, and a way of life. And ride she did:

This is the way.

Then, she faced down Darth Maul, the Sith lord turned crime lord turned Sith snitch, AND BEAT HIM. Beat him while she danced across some scaffolding like Simone Biles on the balance beam with how many lightsabers in her hands? ZERO. What Obi-Wan couldn’t do in 7 seasons, Ahsoka did in 2 30-minute episodes. We stan the legend.

And then, after she beat him, she tamed him. Told him go do something useful and be a decoy. And he did that shit.

How many other Jedi made it out of Order 66? Hell, Mace ain’t even make it TO Order 66. Not only is Ahsoka still kicking, she managed to get the murder chip out of Rex’s head. And Yoda and friends, y’all did what?

Y’all got got by 8 million versions of the same dude. Das sad.

PLUS, Ahsoka told y’all not to send Anakin’s ol’ “In My Feelings” ass to spy on Palpatine. She. Told. Y’all.

How does it feel to constantly be on the wrong side of history?

That’s why Obi-Wan had to go hide in a cave for 20 years. That’s why Yoda let his combover go awry while he was on Dagobah. That’s why we’ve heard crickets from Mace Windu even though folks survive losing limbs, getting thrown out of windows, AND getting force lightning-ed all the time in this galaxy. Y’all are all too embarrassed to show your faces because you KNOW.

You should’ve been listening to Snips. 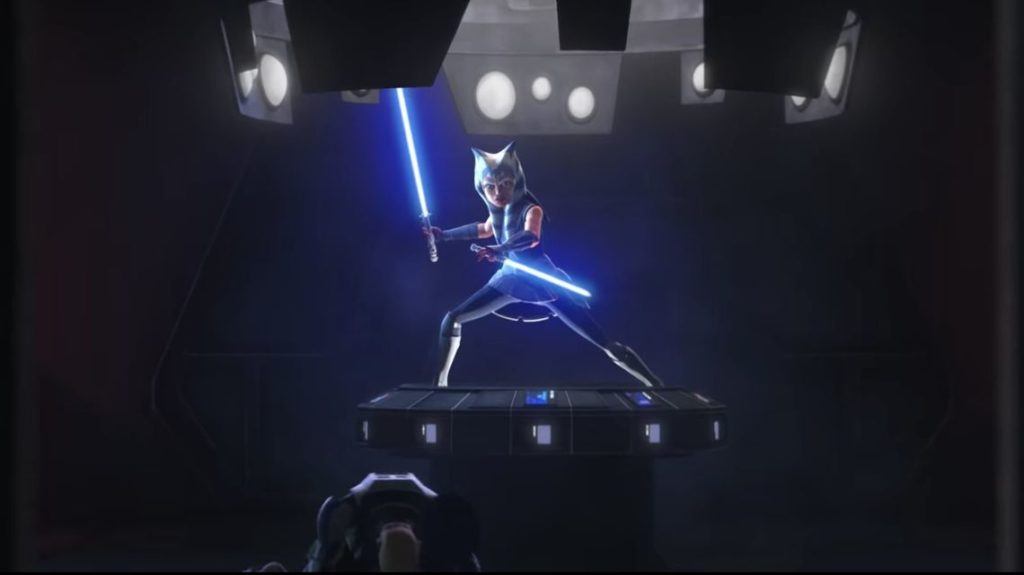 All images courtesy of Lucasfilm/Disney+.