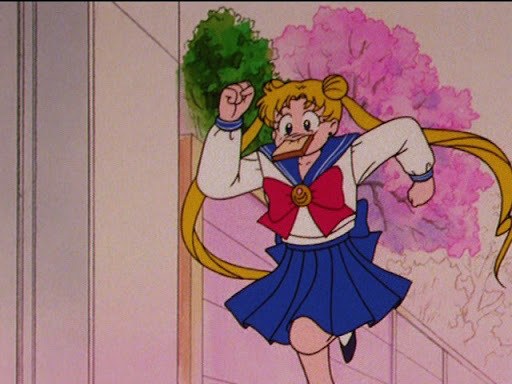 In almost every genre in anime there’s one stereotypical trope that has been around for decades, and that’s being late. Being late, as in being late to anime school — or, whatever, the character being late to their specific school. With toast still in their mouth our main character rushes to school, bumbling and fumbling on the way there. Now most would think that this is just something shows do just because they feel like it, which is the case sometimes, but actually there’s more. Welcome to Anime 101! Today’s lesson: “I’m Late for Anime School.”

In quite a few Shojo manga and anime, usually a female character wakes up and exclaims “I’M LATE” in comedic fashion. This is done to show the character’s normal morning routine before they get tossed into something crazy, and show how they normally live their life. Usagi from Sailor Moon is a prime example, because in the first episode of Sailor Moon she’s late on her way to school, running with toast in her mouth, sees a cat named Luna being bullied and saves her, which thrusts her into her conquest of the magical girl genre. It uses her being late to show a character trait and advance the story.

This method of tardiness isn’t used just to advance the plot, it’s also used as a way to introduce new characters. Our main character fumbling and bumbling to school will usually bump into someone so hard that they’ll fall on the floor, and when they look up — BAM — they see a new character introduced. Whether this character is a romantic interest, or someone who will be important later on, you can always be sure to see them again. They’ll see the character in their class or at their school and exclaim “OH IT’S THEM” in a way that will give you a glimpse of how their relationship will be in the series. A character being late can also set up the rest of the series in a way you wouldn’t expect. Ash Ketchum is late to choose his first Pokemon so he gets stuck with Pikachu, which is his Pokemon basically forever. 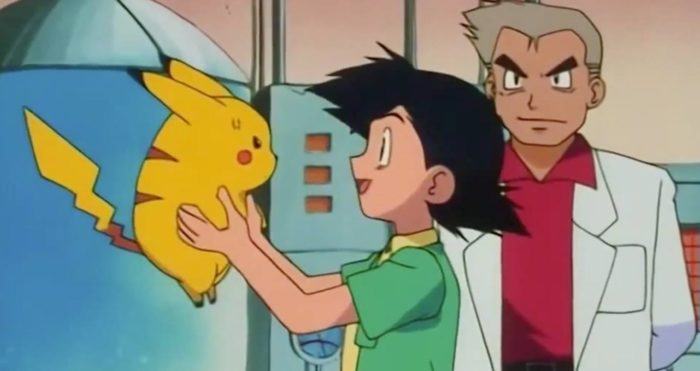 Now let’s get into the best thing about the “I’m late for anime school” trope: the parodies. Although this did start as a serious way to show characters and advance the plot, the amount of times that this trope had been used got a little too much for some writers and they decide to reference how silly it was sometimes. The trope had been used and abused so much that some just literally run it over with a car. In the manga and anime “Excel Saga” the main character is late to school and gets run over by a car as a clear satire of the trope.

The beautiful thing about anime and tropes such as this one is that it can make fun of itself. Anime can be serious sometimes, but also can poke fun at itself, and this is one of those things that make anime and tropes so fun. My personal favorite parody comes from The Daily Lives of High School Boys with a character actually saying “You’re supposed to eat bread when you’re running late,” while the other two characters are eating a bowl of ramen and curry with rice like any normal young boy would. That scene by itself is hilarious in its own right, but it’s even funnier if you know what they’re referencing. By now everyone who has recently gotten into anime might feel like the “I’m late for anime school” trope is just something that some manga and anime do because it’s part of the formula, but that’s not the case. There are reasons for all stereotypical tropes in anime… well, most of them, if you look a little deeper. Anime 101 class dismissed!