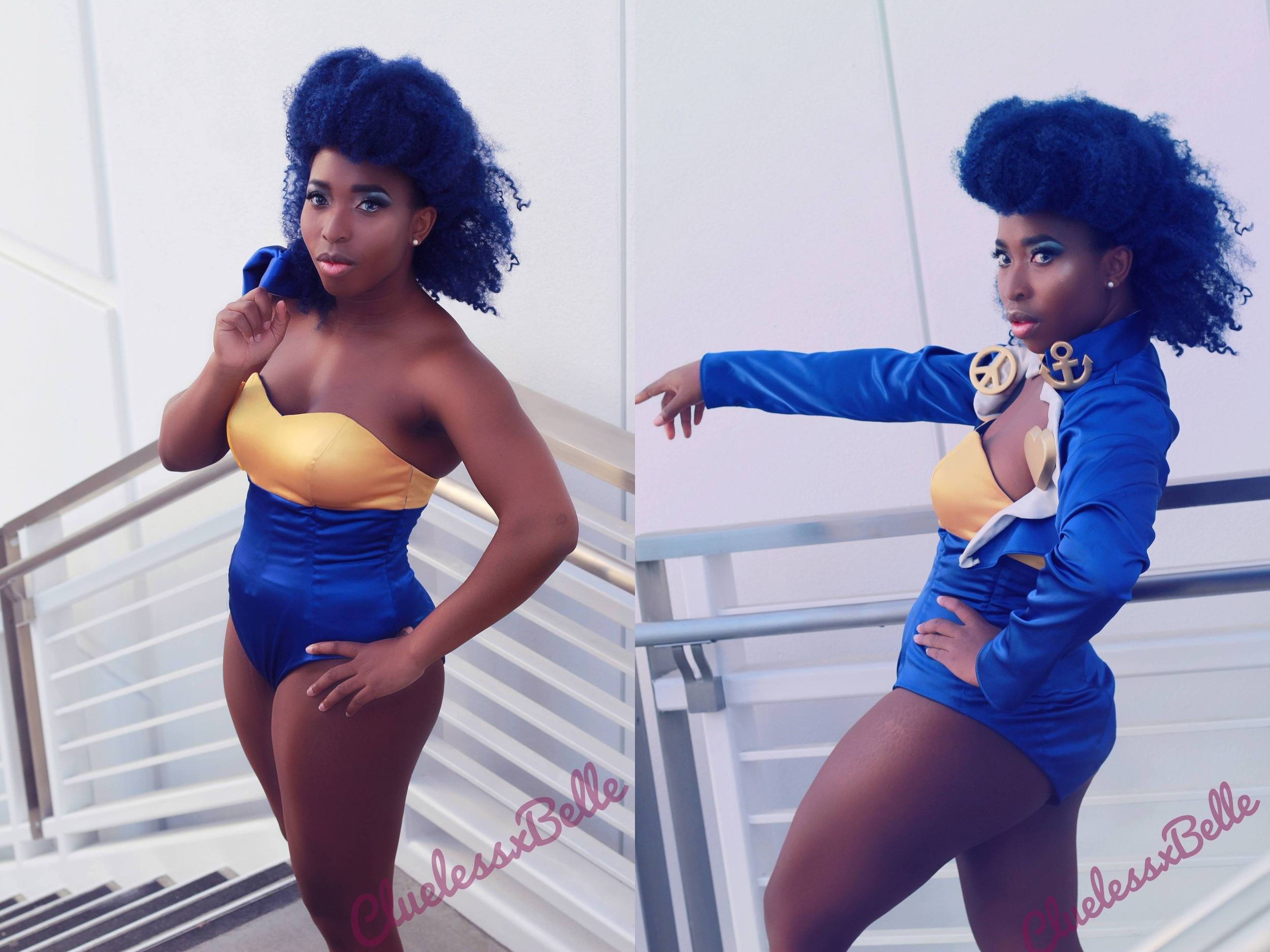 Anti-Blackness in the Convention and Cosplay Community: An Interview With Cluelessxbelle

Nerd conventions (anime, comic books, fantasy, sci-fi) in general, have diverse-as-fuck audiences. Just go to one. There are all sorts of different people of different ethnicities, sizes, religions, and nationalities cosplaying and goofing about. But why is it that after virtually ANY convention weekend comes to a close, and our timelines are flooded with photos from said event, we only typically see white or light-skinned East Asian cosplayers being showcased on these photographer’s sites? Why do the same big-name white cosplayers get featured on big gaming, pop culture, and nerd media platforms?

It’s not a new issue.

Black cosplayers have been analyzing and unpacking what seems to be blatant discrimination within the con world for years. There is frequent internalized doubt at the constant marginalization within a community that is founded on the acceptance of ALL people, especially those who have been bullied or cast out for being “too different.”

The excuse that “there aren’t many Black or dark-skin POC cosplayers at geeky events” doesn’t cut it anymore (it’s not accurate and it was never a justification). Black nerds HAVE BEEN a constant in the geek world. From podcasts, to media outlets, to animators, illustrators, authors, to music groups, the list goes on and on and on how much Black creatives have influenced the wide expanse of the nerd world.

In the summer of 2017, blerDCon, a convention founded on the principles of diversity and inclusivity, hosted its first convention; a breath of fresh air in the con scene that largely ignores its Black audience. It begs the question on why do we need this kind of representation? Well, because conventions and popular media sources choose to shun its Black attendees frequently, and the solution has been to create spaces where marginalized humans are accepted.

But why do Black cosplayers consistently get the most flack for doing what every other person does at an anime convention? The photos from Cosplayer Chaka-Cumberbatch’s Sailor Venus cosplay that she wore to A-Kon 21 in 2010 brings to mind just a taste of virtual vitriol Black folks, especially Black women can face. There is frequent violent attacks against Black cosplayers, for virtually ANYTHING.  Now, the hashtag #Blackcosplayerhere has popped up on social media, created by @cluelessxbelle, in order to express the varied experiences of Black cosplayers in the far-reaching artistic community.

A Little About This Cosplayer:

“My name is Belle and I’ve been cosplaying for 5 years. Like most people, I started cosplaying for artistic expression in the con scene but it eventually became a therapeutic release for me. My favorite aspect of cosplay is sewing and I could spend hours lost in a fabric store. For a while, cosplay seemed to be an escape from the realities of racism, misogyny, and xenophobia but even those seep into our community.”

Black Nerd Problems: What inspired you to start #BlackCosplayerHere?

Cluelessxbelle: #BlackCosplayerHere was started to confront the excuses and misconceptions perpetuated by the media representation in the cosplay community. Media in the cosplay community includes cosplay feature pages, con coverage by mainstream sites like Kotaku and IGN, con music videos, photographer portfolios to mention a few.

While I created the hashtag, I don’t feel comfortable saying I started the conversation. Honestly, we routinely talk about this issue in the community. This hashtag was just a byproduct of amazing cosplayers like LaydiexSkull, Dee Dolly, Fiona Nova, Kiss a Frog, Petite Ebby, Kali Neko, etc. starting a conversation about this issue in light of Colossal Con 2018 reiterating the exclusion nature of the community.

“Your hair isn’t blonde, so it doesn’t look ‘princess-like’…” welp.
Hi, my name is Alicia and I am Black Cosplayer and inclusive body positive woman. Black Cosplayers matter, and representation matters! ⭐️#BlackCosplayerHere pic.twitter.com/3UdH7QseMr

Why am I always late to these? Lemme squeeze in here real quick #BlackCosplayerHere pic.twitter.com/fty5u1PX2l

BNP: What are some reactions you have received when discussing your experiences interacting with the cosplay community?

Cluelessxbelle: It was mostly positive. I try to believe that exclusion isn’t always malicious, just a product of implicit biases. Highlighting the issue resulted in some people going “Hmmm. I never thought about it like that, I’ll do more in the future.” A lot of black cosplayers got a lot of love and several allies used their platforms to speak up for those who are often ignored. It was honestly beautiful.

There were some people who just reiterated the same excuses and ignored the experiences of myself and other Black cosplayers. It was a bit disheartening because they assumed that we feel entitled to be spotlighted because of our race. That’s not true, we just want inclusive representation regardless of skin tone, body type, disabilities, etc.

There were a few racists but there are always racists.

Four years ago, I did a Kingdom Hearts cosplay panel with my friends. During the trivia part of the panel, someone yelled to me, “Kairi isn’t black!” This was my first time facing racism in the cosplay community and I will never forget that. #blackcosplayerhere pic.twitter.com/nBebCAZclM

The cosplays I did for #momocon this year from Ramna 1/2, the world ends with you, and One Piece #BlackCosplayerHere pic.twitter.com/iVXFDN3U3I

BNP: What changes do you hope to see within the community in the future?

Cluelessxbelle: I would just love to not have to search for representation. I would love if the talented cosplayers I look up to would finally get their shine regardless of skin tone or size.

Regarding media representation, I hope to see more distributed representations in con coverage and to see cons hold press pass holders accountable. I would love to see more collaborations with dark-skinned cosplayers in large cosplay groups, and with con photographers (Hall, MV, Interviews, and Shoots).

BNP: Last thoughts on the matter? What can be done?

Cluelessxbelle: Essentially, the community needs to do better. Evaluate how you con, who you choose to shoot if you’re a photographer or videographer, and how you contribute to the toxicity of convention life and what you can do to change it. With conversations like these, we can hope for a better future.

"But there's not a ton of good black cosplayers"

Hi. My name is Belle. I'm a LA based #BlackCosplayer, and I think my cosplays are good.
Black cosplayers continue to exist outside of #28daysofblackcosplay and I'd love if the representation in the community reflected that. pic.twitter.com/IR4xf9DEqH