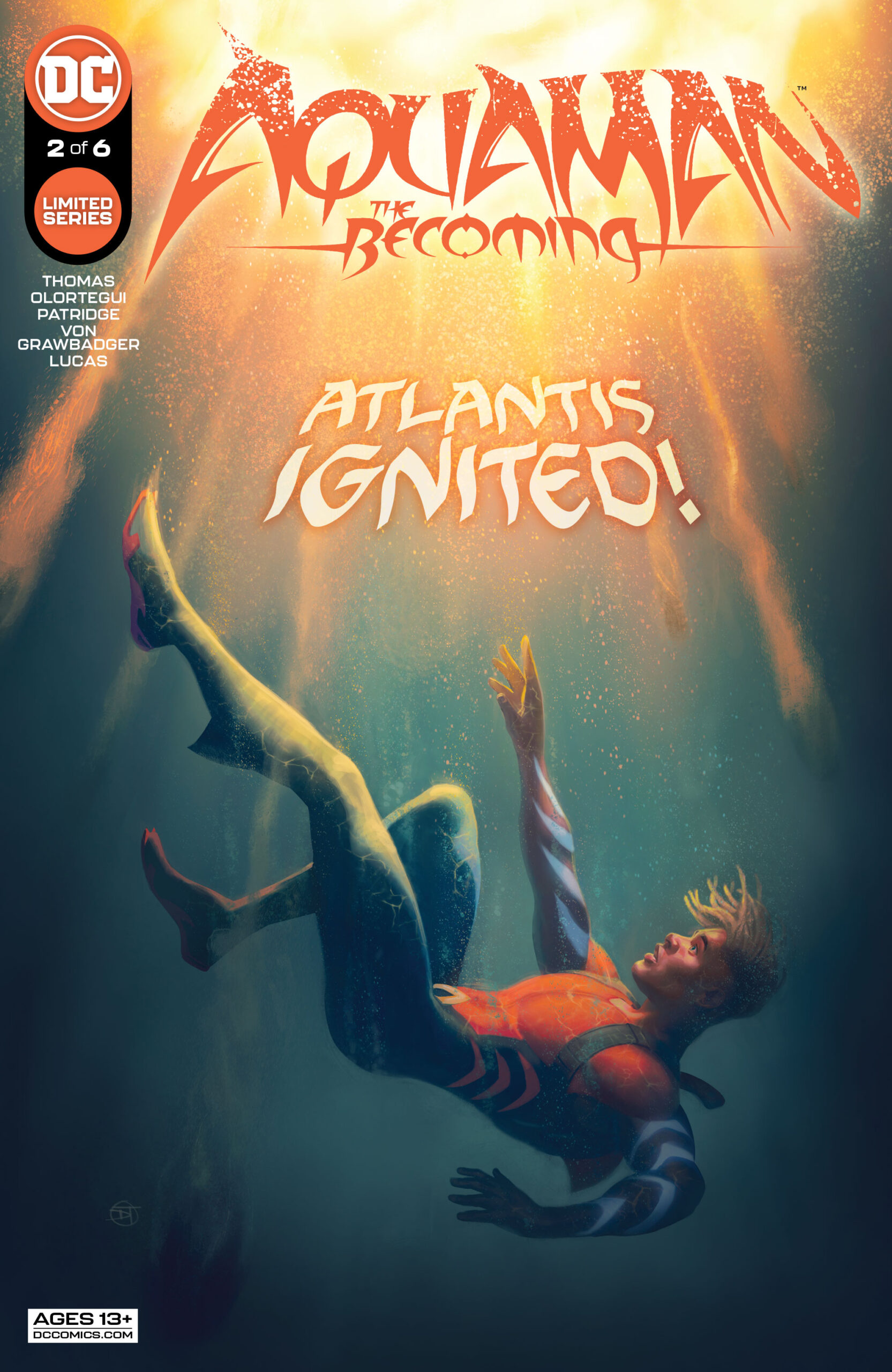 Aquaman: The Becoming #2 upped all the ante, as Jackson is on the run from Atlantean police who are trying to implicate him in multiple bombings around the city.

This just turned into Enemy of the State underwater. I’m here for it.

What was dope about this issue was that it actually didn’t focus much on Jackson himself. Save for the first few pages when he narrowly escapes capture, the issue primarily follows Mera, who the police come to question after Jackson is lost in the wind, or water.

The scenes with Mera and the police are no doubt the strongest in Aquaman: The Becoming #2. Despite being interrogated in a room with her baby, the once queen holds all the power, leaving the police to scramble in their approach to question her. Thomas does a great job building character in these moments. It’s one thing to know of Mera’s regal history, but Thomas makes it felt by how everyone acts around her despite her no longer holding that title.

It’s also in these moments where we see an interesting exploration in bigotry and xenophobia. Jackson, like Mera, is from Xebel, a rival kingdom to Atlantis, and their biggest threat. This fact is a reason the police are looking long and hard at Jackson and Mera to see if they’re involved in these bombings at all. It’s an interesting commentary on a lot of real-world problems we have, and Thomas doesn’t shy away from that.

I don’t know where this story is going after just two issues, but I’m really excited to find out. The creative team has already subverted my expectations. I thought this story would be a narrative dedicated to upgrading Jackson to the Aquaman mantle, and that still very well may be the case. But the scope of everything is much bigger. This promises to have some major ramifications on Atlantis and tangential Aquaman storylines. You’ve gotta love the attention put into a story surrounding a character like Jackson.

9 Hidden Earpieces out of 10