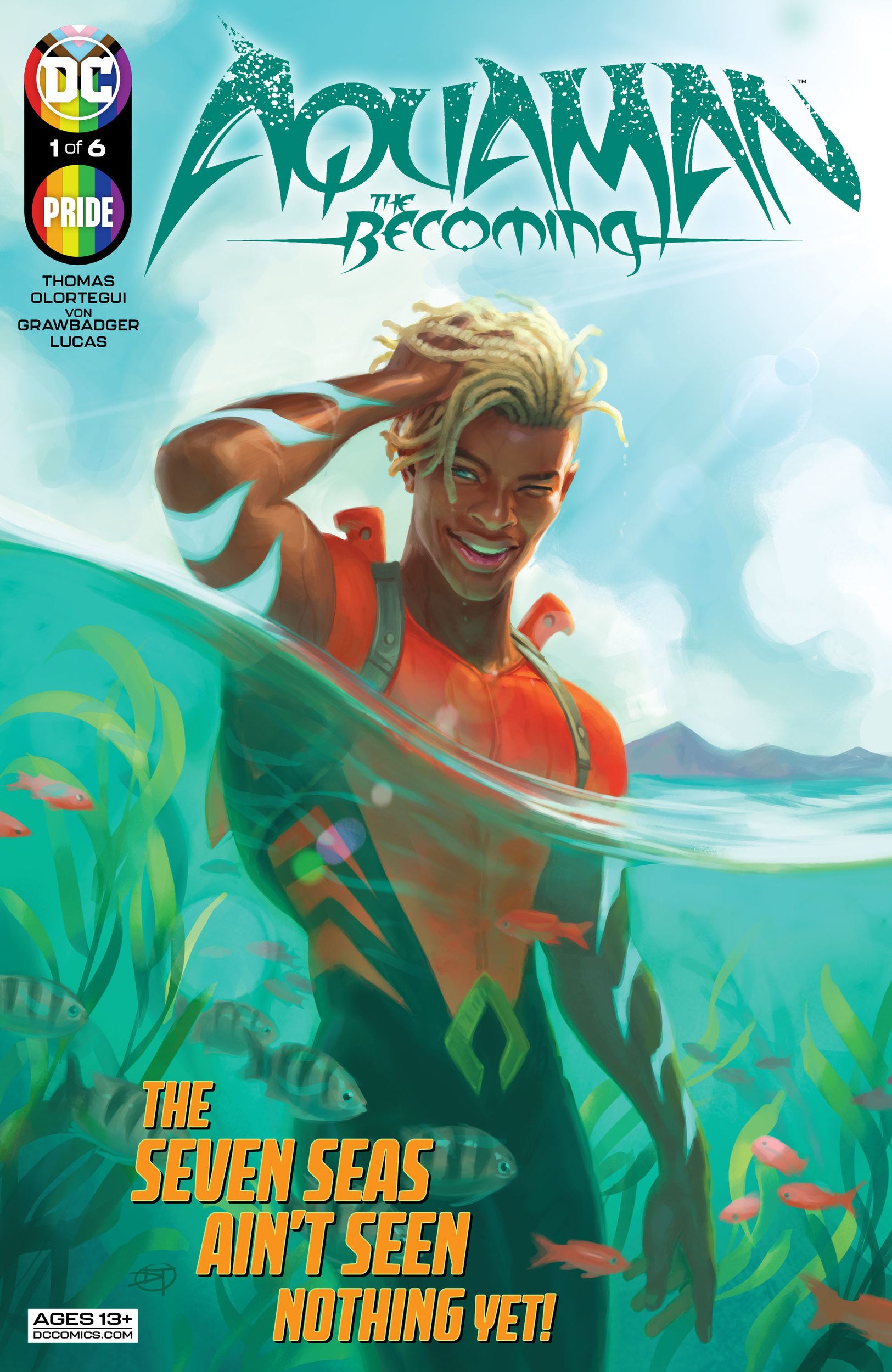 We are having a surplus of Black people in the water getting their own books. First Black Manta, now Jackson Hyde. Aquaman: The Becoming follows the aforementioned Jackson Hyde as Aquaman goes on an away mission to Mars. In his absence, Jackson is in charge. That only guarantees that everything that can go wrong will go wrong, right?

But before it all goes bad, we get to see a day in the life of Jackson Hyde as he splits his time between Atlantis, his mother, and the Teen Titans. This guy has a lot on his plate, but he’s got a big enough appetite for heroism to scarf it all down.

We see plenty of action in Aquaman: The Becoming #1, where Jackson trains in Aquaman’s personal grotto, or when he stops a bank robbery and saves a bunch of hostages. But what I’m really impressed with is Jackson’s personality and how he interacts with others. As you undoubtedly know, Jackson is a Black gay man.

In this book, those two things don’t feel like an afterthought. They feel authentic. So many times in comics, when trying to be progressive, they’ll name-drop or make changes like this to keep fans happy, but never actually dig deep enough to explore what living in those things really looks like. But Brandon Thomas makes sure to explore it all in a way that feels real.

Whether it’s Aquaman saying he’ll help Jackson find a boy when he gets back, or Jackson blushing over a cute waiter, there’s not a doubt in my mind that he’s queer. I’m happy that this is where we are in comics, where these things can be thoroughly explored.

But probably my favorite moment in Aquaman: The Becoming #1 was a small instance of Black authenticity. When Jackson splashes onto land, there’s a lot of fanfare. And someone asks him “What’s up?” And he responds with “Man, tryin’ to get like you.” When I tell you the smile I cracked when I read that. It’s subtle, to the point, and if you know, you know. It speaks to Jackson having layers to his life, as well as being a character that authentically represents those layers in a way that fans can really resonate with.

The setup and title for this book put Jackson on a trajectory that suggests by the end of it, he will be having a major upgrade. Whether that means he’ll take up the Aquaman mantle or not is yet to be seen. But there’s no way my guy isn’t about to level up. And I know I’m riding the wave that takes us there.