I know the clock just struck 2021 but can we talk some 2022 hype real quick? Can we chop it up about what will soon be (thank me later) the most highly anticipated animated series for Americans for a hot minute?! Can I talk my shit again?!

I’m coming into this trailer with no knowledge of the game, devoid of expectations and what do I see? Sheer brilliance! Straight flames is what I’m seeing from this star studded, mythological, savage, animated series. I’m talkin’ Shoryuken to the face, Dhalsim Yoga flames! This show is looking like more of a problem than Jean Grey embracing the embers of The Phoenix again.

The Voice Cast is bonkers. How in the hell could this show afford Gerard Butler, Michelle Yeoh, Madeleine Madden, Elliot Page, and Jeffrey Wright? AND presumably small roles for Russell Crowe and Vin Diesel? Either COVID had actors desperate for work in 2020 or Studio Wildcard got moneeyyyy.

“…chronicles the story of a mysterious primeval land populated by dinosaurs and other extinct creatures, where people from throughout human history have been resurrected.

When 21st century Australian paleontologist Helena Walker awakes on the ARK after tragedy, she must learn to survive and find new allies, or die again at the hands of ruthless warlords — all while trying to uncover the true nature of their strange new world.”

The opening voiceover and visuals from the most recent extended trailer provide some legit context to the official description of the show. The animation of the cultures, Gods, heartache, diagrams and legends is spectacular and makes you wonder how good this show really might be. Then they hit us with the non-male lead character savior type, let’s gooo!!!

She held her own in her big, dinosaur riding, hunted down scene and set the tone like a beast. It took me a little to appreciate the actual animation of the show, but it looks clean and that fight sequence that ended with our protagonist shoving an arrow through an armored dude’s neck has me feeling juuust fine. 2022 can’t come fast enough!

Created and executive produced by the game’s creators Jeremy Stieglitz and Jesse Rapczak, ARK: The Animated Series is composed of fourteen 30-minute episodes and has two seasons currently in production in anticipation of a 2022 launch. Studio Wildcard has partnered with acclaimed director Jay Oliva (Batman: The Dark Knight Returns, Justice League: The Flashpoint Paradox) to executive produce and co-showrun, as well as Lead writers Marguerite Bennett and Kendall Deacon Davis who have written the scripts for the series.

Studio Wildcard also announced today that Vin Diesel has joined the company as President of Creative Convergence and will act as executive producer of both “ARK II” and “ARK: The Animated Series.” Diesel will also lend his voice talents as Santiago, a fully rendered hero protagonist, who will cross over from the newly announced video game sequel to the animated television series. 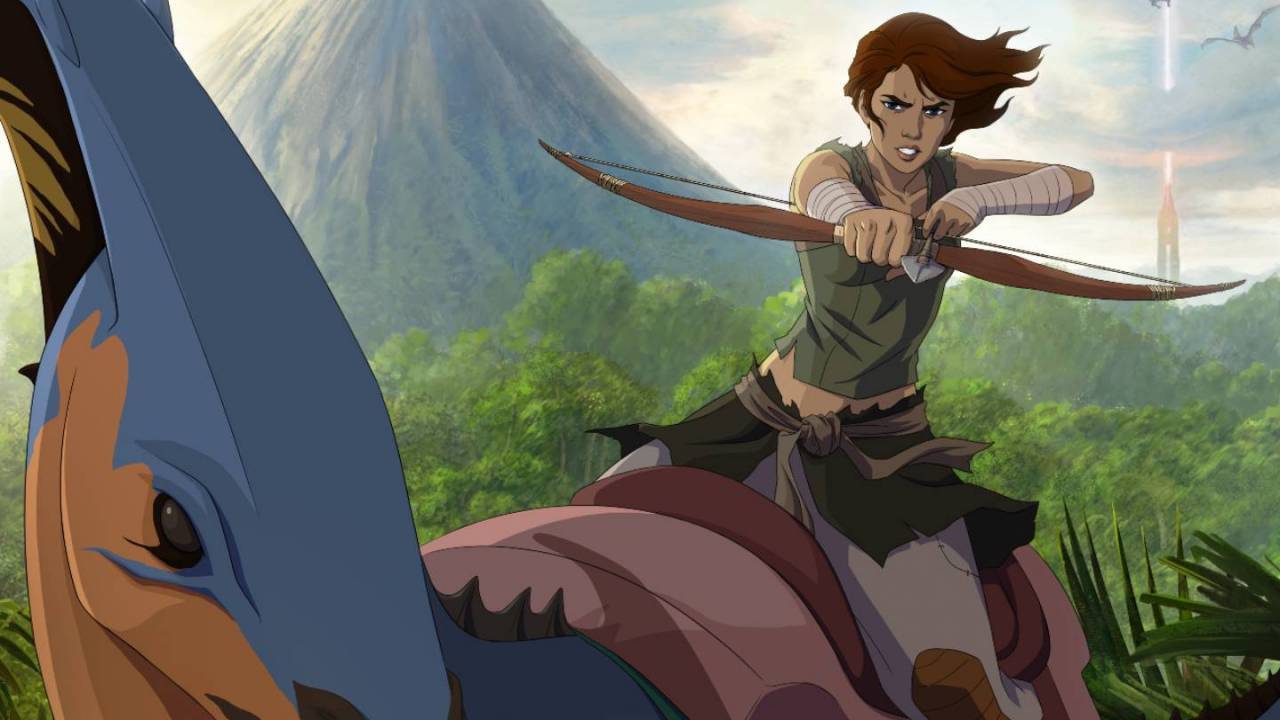