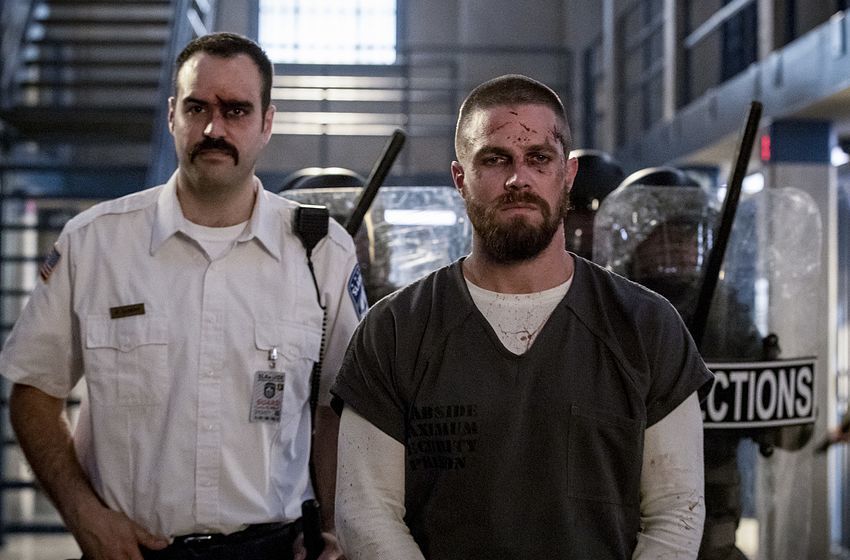 With no flash forwards this episode, Arrow takes the opportunity to dive a bit deeper into Oliver and Felicity’s do whatever it takes approach to their current situations. As Oliver pushes the boundaries of what he is willing to do in prison, Felicity forces the FBI and Agent Watson to take another shot at Diaz. The rest of Team Arrow is present, but their stories don’t amount to much in terms of the overall plot.

Doing it Her Own Way

Felicity has had enough and pays a visit to Agent Watson to demand she keep her end of the deal her and Oliver made and go after Diaz. She has info on Diaz wanting to break into the CDC, but it isn’t enough evidence. While it seems that Watson is being her usual standoffish self, we do see that she does care and want to capture Diaz. She goes to her superior, but he shoots her down. Felicity and Rene convince Watson and Dinah to set a trap for Diaz, but it ultimately fails. Diaz and The Longbow Hunters escape with vials containing some sort of mystery fluids. However, Felicity has Rene capture Silencer behind Watson and Dinah’s back. The fallout of this failed mission is that Watson is demoted and transferred away, though she says she doesn’t regret it. Felicity clearly feels guilt for causing Watson her job, if she came forward with catching Silencer it would be a different story, but she is determined to catch Diaz her way and keep it a secret between her and Rene. Whatever Diaz stole, it seems to be giving him superhuman strength when he injects it. Maybe super powers will make Diaz a better villain, but I’m not holding my breath.

Felicity is going down a dark path that she may not be able to come back from. There’s clearly an emotional toll everything is taking on her but I’m more curious as to what the repercussions of her actions will be. Everything she’s doing is to get her family back but catching Diaz won’t (or at least shouldn’t) lessen Oliver’s prison sentence, and if she is caught she could end up in prison herself. I hope the show continues to explore this and have some actual lasting repercussions if the story heads that way.

The weakest of the storylines this week has to be Diggle, Lyla, and Curtis on a mission to steal data from a crooked foreign bank. The actual plan goes off without a hitch, but it is discovered that Lyla is hiding something. When confronted by Diggle, she explains that there is something big happening and that she has to step outside the lines to figure out what it is. This leads to an argument that could have been an interesting look at how far is too far, but it ultimately ends with Lyla feeling that Diggle should understand her keeping secrets. It was a clunky argument considering all Diggle brought up was that there shouldn’t be any secrets between the two of them. It was almost as if they were having two separate arguments, and it just didn’t work. 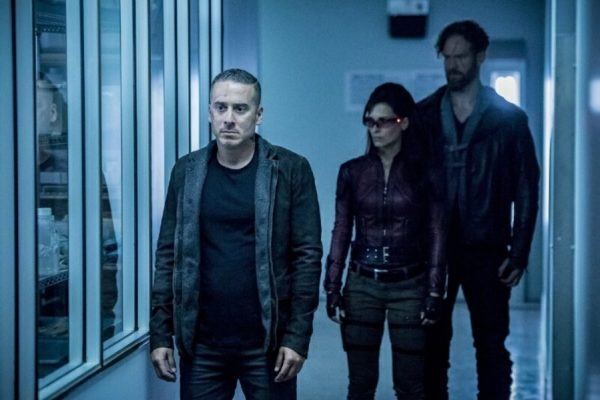 In jail, Oliver demands that Brick give him the information on Diaz he wants now that he did his little task. Brick says that he is a middle man for The Demon who set up the hit and knows about Diaz. In true villain fashion, Brick double crosses Oliver and sends Bronze Tiger to ambush him. Oliver defeats him and Tiger claims that the two of them aren’t so different. Tiger saved Diggle on one of the Suicide Squad mission when he didn’t have to (a few seasons back) and now they are both criminals in jail. He raises some interesting points, and the two even seem to connect on some small level. Oliver uses him to get into the “party” Brick is throwing. It seems the Officer Yorke, while a toolbag, was the only non- corrupt cop in the prison. With him gone, Brick is throwing a fightclub and taking bets from both inmates and officers alike. Brick comes clean and tells Oliver that The Demon is on level two and only the worst of the worst end up on that level. At that moment, Oliver takes a shiv and stabs a few of the officers there, not killing anyone but severely hurting a few. Should have also taken a stab (pun intended) at Brick, but I guess Ollie isn’t a G like that. The episode ends with Oliver being transferred to level two and one can only imagine what’s waiting for him there.

This episode had some really good ideas that I want to continue exploring, as well as some boring ideas that didn’t need to be in this episode. I hope that next episode is tighter and that the season doesn’t try to stretch itself too thin.