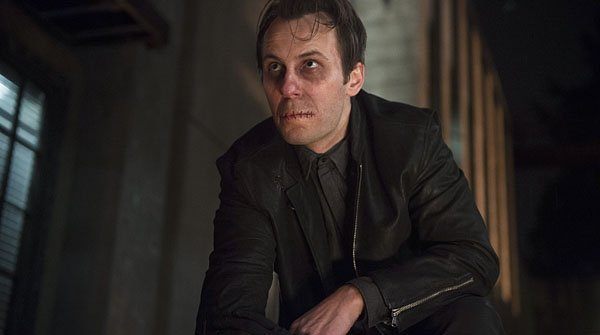 We’re back in Nanda Parbat where Ra’s Al Ghul has just offered Oliver Queen to become the next Ra’s Al Ghul. Ra’s says he’d be privy to a do more justice world wide rather than just sticking to local ass Starling city. Besides eventually all his people will leave him, the woman he loves but can’t have, the city, basically leaving Oliver alone in his crusade and death once again. Ra’s calling that shit like he been re-watching seasons of “That’s So Raven” back when Raven Symone was pre-new-black and didn’t taint his nostalgia. He shows Oliver the Lazarus Pit and allows him to go back home with Merlyn and Diggle as a show of good faith as he still wants him to consider his offer.

Thea releases Nyssa Al Ghul from her cell in the hide out, wanting her to extract revenge due to the fact that she was the one actually killed Sarah. Nyssa realizes she telling the truth but still doesn’t exact her revenge. Laurel and Roy walk in seeing Nyssa out and engage with the quickness:

Oliver drops off Merlyn at Thea’s. Dude is on the couch bleeding and shit ruining the decor. Thea looking like at Oliver as if he lost his damn mind. She talking all the shit on Merlyn as he lays on the couch… which becomes the running gag of this episode. Oliver releases Nyssa and she wondering how the fuck he is still alive. Oliver is back on his secret shit and keeping the offer from Ra’s form everyone in his group. He takes on a new gang trying to break into a warehouse to get the message out that it’s still Team Arrow’s city. Canary joins them at the bust but the robbers still manage to get away. Oliver saves Canary from getting run over and informs her…

Nyssa arrives back in Nanda Parbat running up on RA’s asking him whats really good with letting Ollie, and Merlyn live. He tells her he bout to let Ollie be the next in line for the list of cats portraying a white washed’ RA’s Al Ghul. Nyssaaaaaaaaaaaaaaaaaa kinda disagrees with that stance.

Daaaaaaaaaaaaaaaaaaaaaaaaaaaaaaaayum. Back in Starling Arrow drops off the gang members he rounded up from the heist for Captain Lance. Lance tells him to eat a platter of dicks since he never told him about Sara’s death. Ollie then walks in on Felicity and Ray getting mad close. You gotta watch the woman you claim to love all up on the dude that ran you for your company. STINGS, DON’T IT. Felicity finds out about the leader for the gang whose street name is Murmur. He had his mouth sewn shut after serving time for a crime he didn’t commit. The police coerced a confession out of him. He sewed his trap shut as a form of focusing his mind (like meditation) and to prevent himself from snitching on… himself, again. Murmur was stealing some diamonds that aren’t worth that much. He checks out a fence he use to know for a lead on what Murmur is doing. Diggle asks Oliver if he is ready to cut the bullshit and tell him whats going on with Ra’s.

[divider type=”space_thin”]
Malcolm tells Oliver RA’s got more up his sleeve than just letting him walk away. No one says no to him, Oliver is going to take Ra’s place whether he likes it or not. Back at the hideout Roy finds out that Murmur was stealing those diamonds to make diamond tipped bullets capable of shredding armor. They figure out he is attacking the police precinct as revenge. Mean while at the precinct Laurel was trying to get on her father’s good side but that shit was a fail. We Murmur attack the station and Captain Lance go straight into protect mode telling Laurel to run. Team arrow and so does Nyssa. The whole squad here taking on Murmur’s group and Ollie manages to save Captain Lance’s live as Murmur was choking the police pension outta his ass.

Ollie tries to get the drop on Murmur from above but he read that shit like he pressed The “R” button on the N64 controller cause he revered Ollie’s drop into a power-bomb. Sun, when a obscure villain gets a fuckign power-bomb off on you? Maybe you should become Ra’s Al Ghul because you need to change your identity after that shit. I dont told yall bout my rule in fights. If you get caught in a WWF move, even if you win, you really lost. Arrow takes down Murmur in front of Captain Lance. He leaves without needing a thank you and back at the cave hide out he tells felicity and the group taht he was wrong. They are already on the right path and he doesn’t need to take over RA’s Al Ghul’s role. He tried telling that to Maseo and Maseo was like, “yeaaaaaaaaaaaaaaaaaaaaaaaaah…. watch your shit homie” You know damn well Ra’s ain’t let that shit slide. He dressed up as Ollie and killed the rest of Murmur’s gang that escaped the siege on the police station. He left one dude alive to talk about what he saw.

Thea stays over Roy’s place because Malcolm stanking up the place with all his fuck boy-ery. They rekindle their whole relationship. We got a flashback to Ollie back to his days in Hong Kong on the run with Maseo and Tatsu’s kid protecting him from Waller’s folks out to kill them. While on the run he bumps into Shado (or a Shado look-a-like). Back in the present Nyssa sees to Laurel as she wanted to talk about Sarah and who better to do that with than her sister for a reminder of her presence. Laurel feels the same and decides to hang out with Nyssa. Nyssa has some form of a compliment for Laurel as well.

Nyssa taking up training Laurel? You’re our last hope to get this girl in shape Nyssa. PUT HER THROUGH THE RINGER, YO! PUSH UPS, PULL UPS AND DIPS!