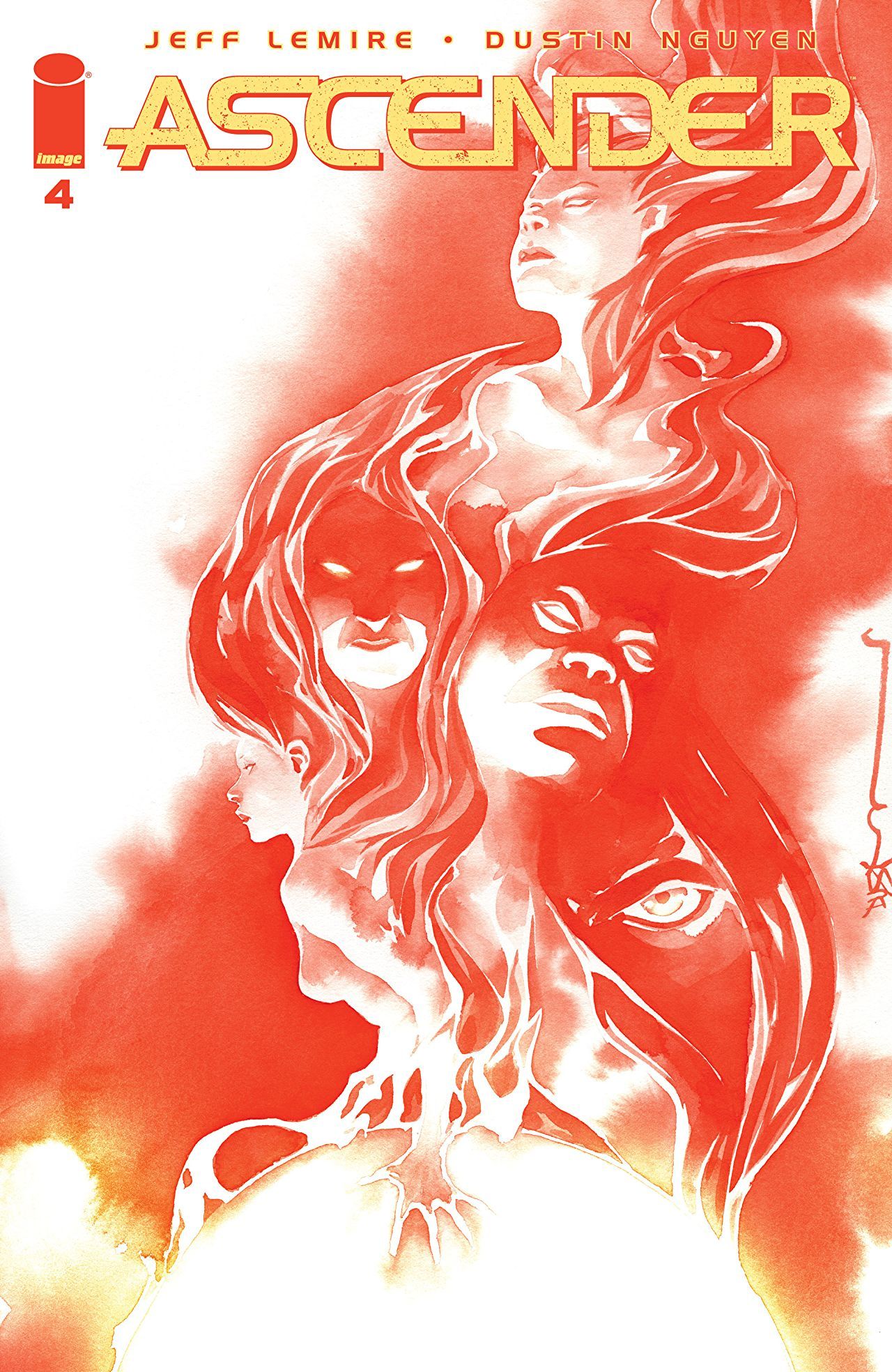 Yo man… I have never been so thirsty after reading a comic book. And I’m not thirsty because Ascender introduced some new sexy character that made me look inward at myself and my desires — I’m like, really thirsty. Dustin Nguyen’s art during this issue was so breathtaking, it left me with my jaw dropped, breathing heavily from my mouth for the entirety of this issue’s 26 pages.

I think that as much as I loved Nguyen’s art in Descender, it’s aesthetic was very minimal. Nguyen took the less is more approach. The expanses of space and overly mechanical worlds were left for us to fill in where Nguyen laid the foundation. This isn’t at all a knock on that choice. I felt it really lent to the overall feel of the book and it was one of my favorite parts of that story.

But so far in Ascender, we are seeing so much more on display from Nguyen. The universe is devoid of technology and skyscrapers. And they’re replaced with teeming vegetation, animals, and elements.

One of this issue’s central scenes follows Andy, Mila, and Bandit on the run from some fire breathing dragons on Sampson, the planet they’ve been hiding out on for quite some time. There was a lot of movement as this was a chase scene, but it allowed us to see a lot of this world in a short amount of time. We see all of the primary elements on display, and it’s easily the most color I’ve seen from this series to date. It was beautiful, man. It’s such a different feel but it fits perfect for this new world. 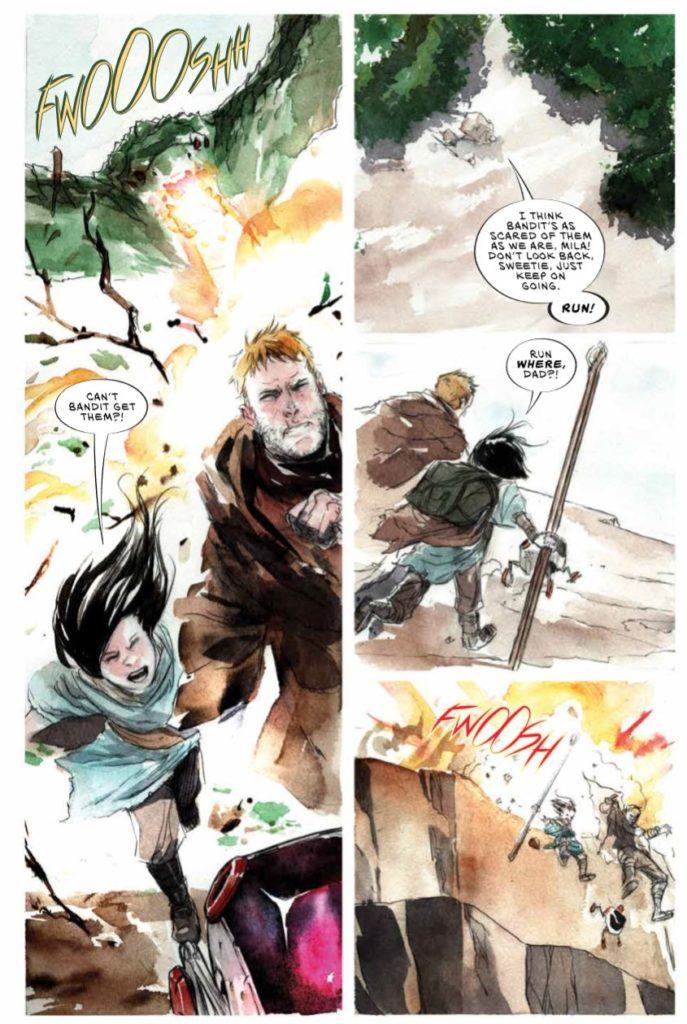 Other than the chase, the issue’s other central scene follows Mother and her weirdo disciples. They’ve captured the leader of the rebels which is a big deal because if they can get rid of him, the rest of his followers won’t have much of a plan moving forward. The problem is that his capture was a trap. He wanted to be caught. Turns out his true mission was to suicide bomb Mother and her highest in command.

What I liked about this scene is that it did more work to distance itself from Descender. The days of metal are long gone, and magic is the most prevalent power in the universe. This scene was a study in survival. We still don’t know how Mother and her regime took control of the galaxy, but we have a pretty good idea that it had something to do with magic. Seeing “the good guys” also use this to combat their oppressors is a way of showing how everyone is adapting to the new rules. They’re learning to no longer have to rely on technology as the answer to their problems.

In Ascender #4, Mother gets a fiery surprise while Andy, Mila, and Bandit flee some hot-breathed dragons in the most jaw-dropping issue of this young series. Dustin Nguyen & Jeff Lemire are really in their bags right now.